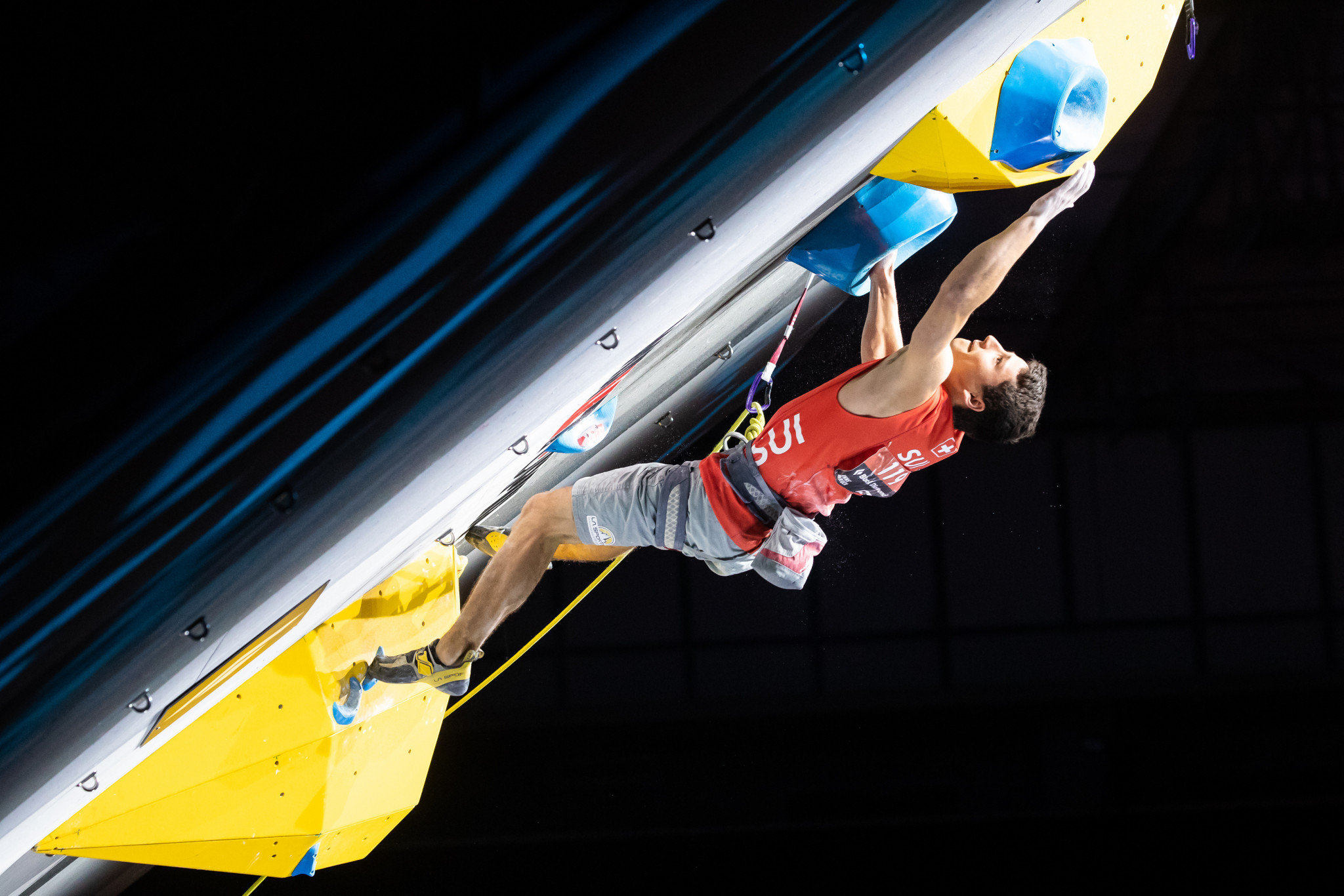 Making it to the 36th hold, Meshkova climbed to the same point as Czech Republic's silver medallist Eliska Adamovska, but did so in a quicker time of 3min 53sec.

Meshkova won the women's boulder contest earlier in the week.

Britain's Molly Thompson-Smith was a distant third, having reached the 31st hold ahead of Germany's Hannah Meul and Russia's Olesya Prosekova who got to the 30th.

And gold goes to Viktoriia Meshkova at the Women's Lead Finals of the @IFSClimbing European Championships! This is her second win during this competition, after becoming the Women's Bouldering Champ on Monday. 🧗‍♀️

In the men's lead competition, Switzerland's Sascha Lehmann was a clear winner, claiming gold after reaching the 41st hold.

Belgian Nicolas Collin was the silver medallist in a tight contest for the minor medals, finishing with a score of 38+.

Russia's Dmitrii Fakirianov and Israel's Nimrod Marcus both reached the 37th hold, but it was the Russian who took the bronze with the better semi-final showing.

Sweden's Hannes Puman, who had topped men's qualifying, was fifth.

Tomorrow is a rest day, before the combined event gets underway at the Irina Viner-Usmanova Gymnastics Palace in Moscow.

Two Olympic berths are on offer in the combined contest - one for me, one for women.