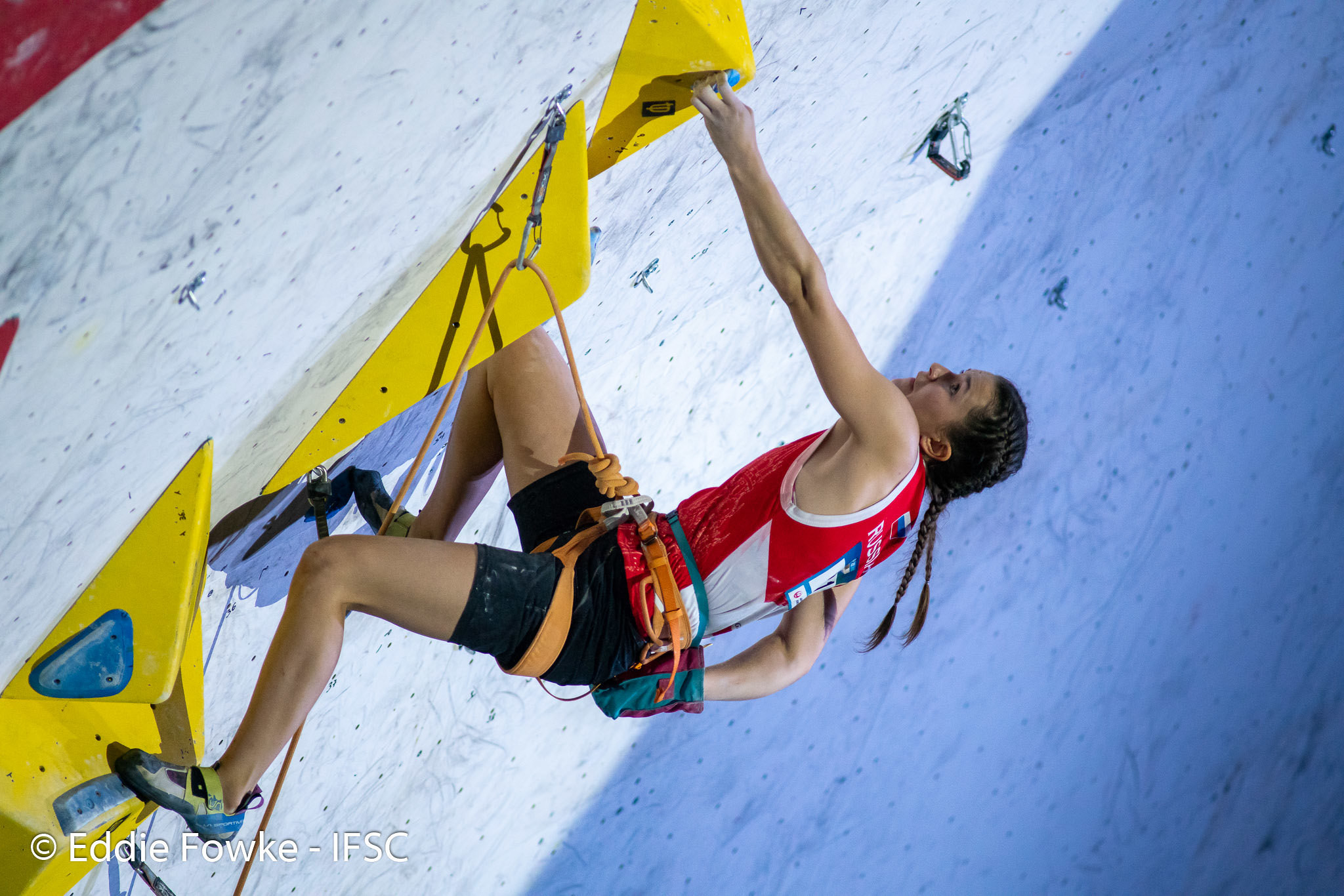 The 20-year-old was among four athletes to finish the lead qualifiers on 3.16 points at the Irina Viner-Usmanova Gymnastics Palace.

In total, 26 athletes out of 32 competitors qualified for tomorrow's semi-finals.

Hannes Puman of Sweden and Sascha Lehmann of Switzerland both finished on 2.24 in the men's lead qualifying.

Again, 26 athletes qualified for the next round, although there was a bigger field of 40 participants.

The men's and women's finals are set to follow the semi-finals tomorrow.