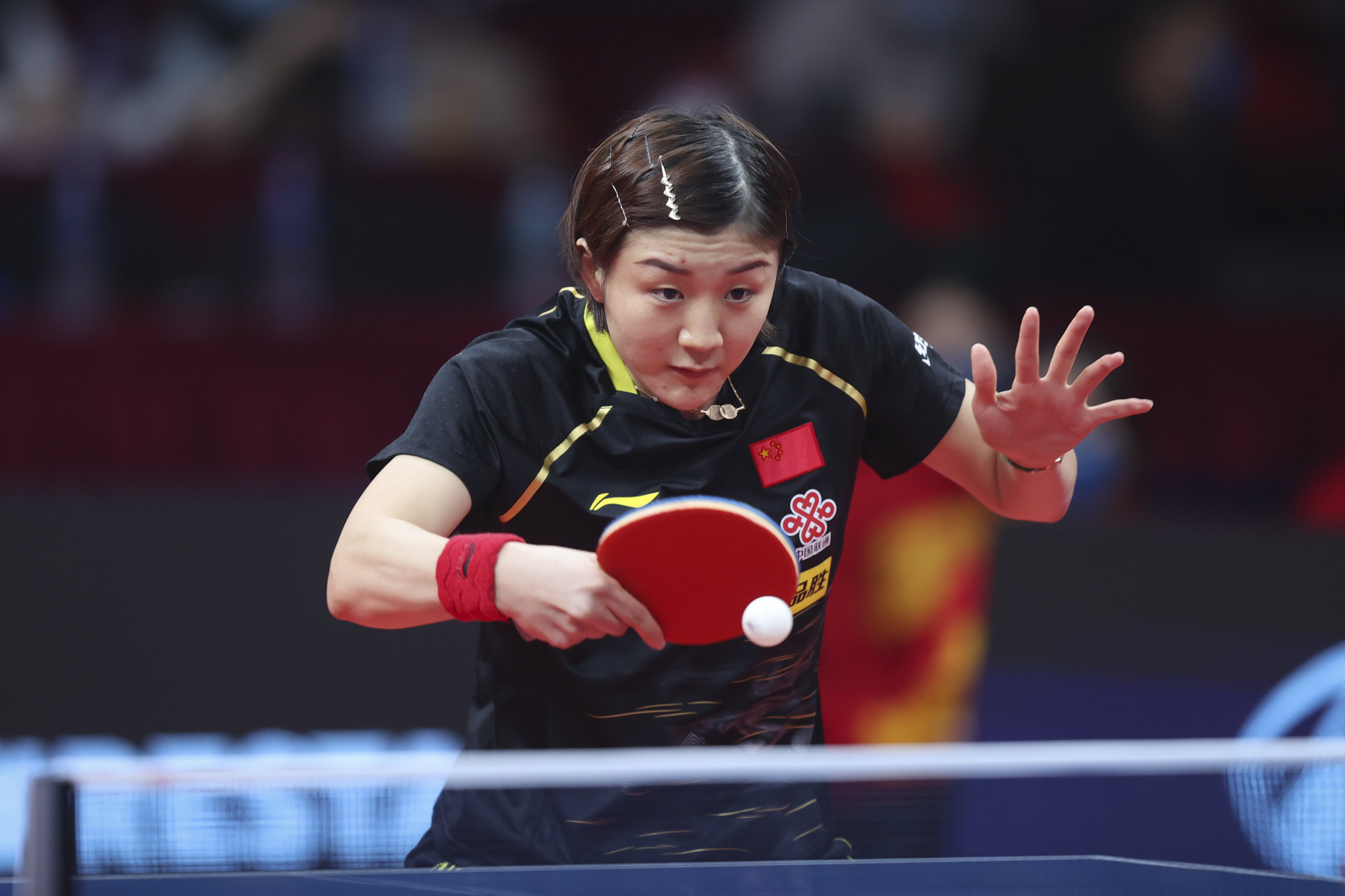 The top four seeds in the men and women's contest will begin the World Table Tennis (WTT) promotional showcase in Macau tomorrow.

Starting tomorrow and concluding on Sunday (November 29), the competition at Tap Seac Multisport Pavilion is set to provide a taster of the new-look series of international events.

There will be a men’s singles and a women’s singles competition, each featuring 16 of the world's best table tennis players.

Over the first two days of action, the top four seeds will each play two matches to determine the order of seeds for the quarter-finals.

The Chinese star is to meet compatriot Lin Gaoyuan on the opening day of competition.

In the women’s singles, China’s Chen Meng is the top seed after her titles at the Women’s World Cup and ITTF Finals earlier this month.

Chen is to open her campaign against compatriot Ding Ning, the current Olympic champion, while Sun Yingsha and Wang Manyu will play in another all-Chinese affair.

Players seeded ninth to 16th have also been randomly drawn to compete in elimination matches tomorrow.

Winners will then advance to the next round, where they will meet players ranked fifth to eighth on Thursday (November 26).

The race for medals will intensify from Friday (November 27) when the quarter-finals get under way.

Semi-finals are scheduled for Saturday (November 28), with final showdowns in both men’s and women’s singles competitions to be staged on Sunday.

WTT was established by the ITTF in August 2019 and aims to modernise the commercial business activities of the sport.

The series of new events promises increased prize money and a more modern experience for fans, broadcasters, players and hosts.

An octagon-shaped court design is also set to be used, while the table will feature orange lines and a special undercarriage fitted with LED panelling.

Contrasting with the table will be a deep black flooring – a first for table tennis.

Both orange and white balls will be tested at the event.

"The image of our WTT events is vital to convey a bold and exciting approach to run table tennis events across the globe.

"WTT Macao offers a first glimpse of what’s in store from 2021 onwards."