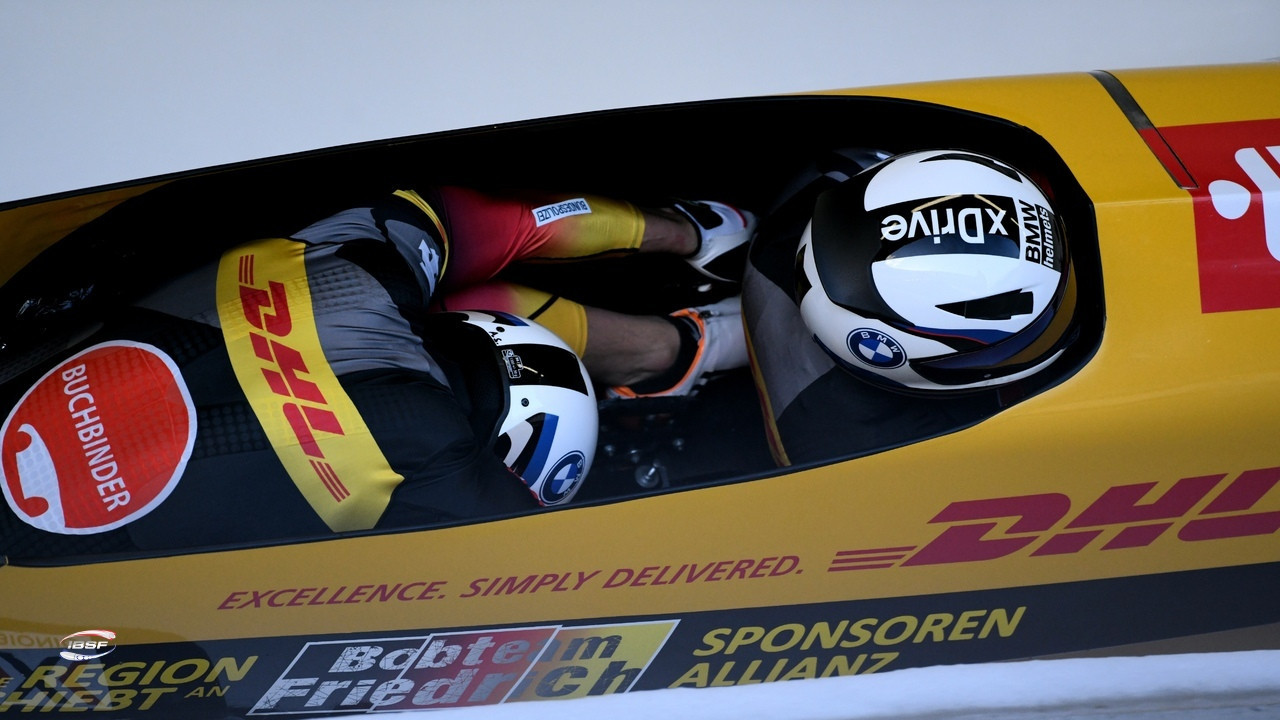 Francesco Friedrich further cemented his position at the top of the standings in the International Bobsleigh and Skeleton Federation (IBSF) World Cup after winning his second two-man bobsleigh title of the weekend.

On the final day of competition in Sigulda in Latvia, the German, alongside his team-mate Alexander Schueller, posted the two fastest times of the day to ensure a second gold of the weekend for Friedrich.

The two-time Olympic champion once again held off his compatriot Johannes Lochner, aided by Eric Franke; by a margin of 0.21sec, an improvement on yesterday's runs where the rivals were separated by just 0.08.

Switzerland's Michael Vogt was the bronze medallist for a second consecutive day, backed up by Sandro Michel - holding off a threat from Christoph Hafer and Issam Ammour, who aimed to make it an all-Germany podium.

Ralfs Berzins and Edgars Nemme were a close fifth for Latvia, while Swiss pair Simon Friedli and Dominik Schlaepfer were sixth.

The bronze medallists and sixth were separated by just 0.14 seconds, but Vogt and Michel's consistency paid off.

It concluded the final day of competition for the first leg of the IBSF World Cup in Sigulda, with the second set to run from Friday to Sunday (November 29) next week.

Russia will be able to compete in skeleton events, but will be banned from bobsleigh events after three members of their team contracted COVID-19, forcing the whole team and staff into quarantine, which is set to run until the last day of competition.