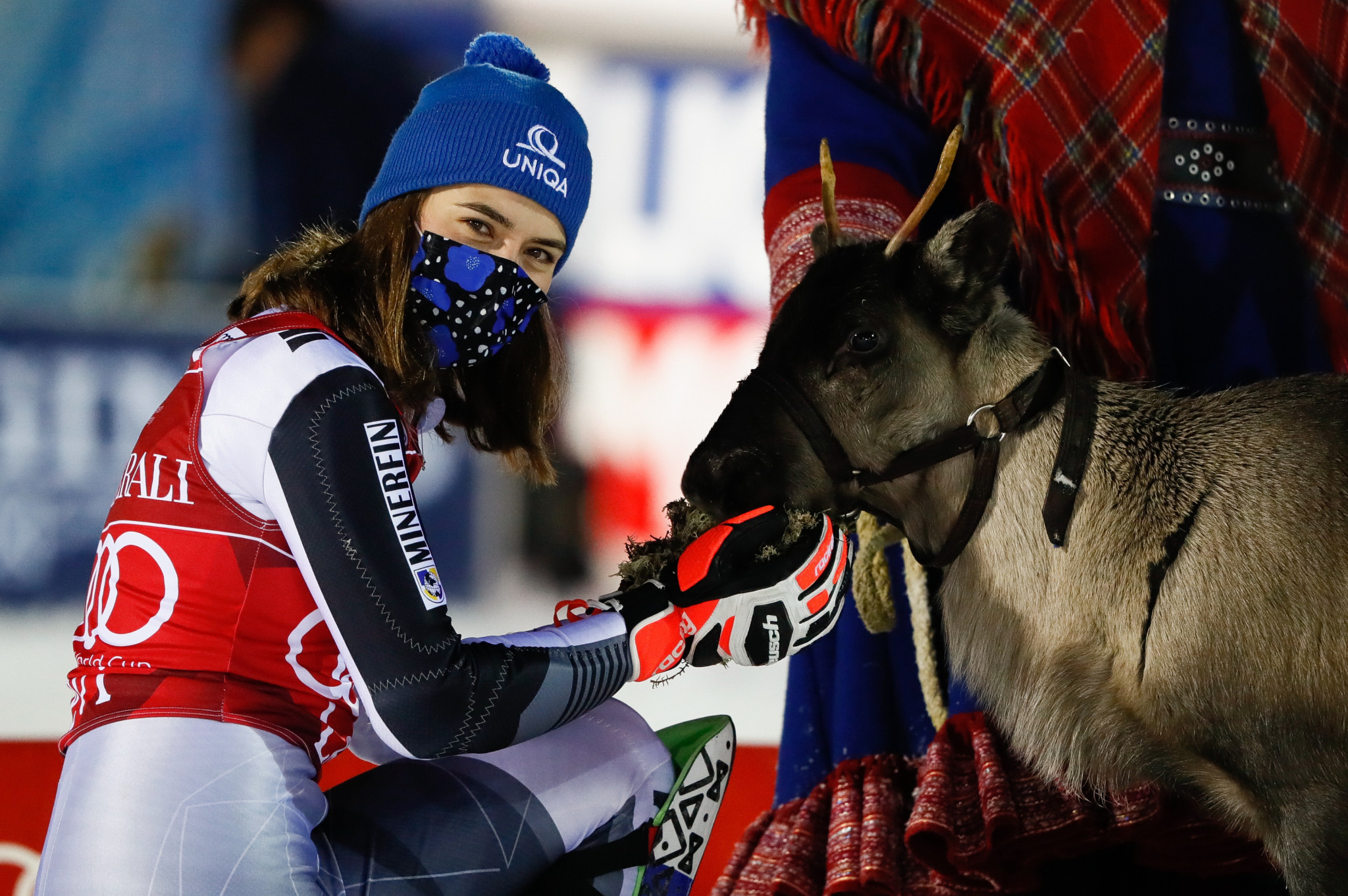 Vlhová's second World Cup victory in two days came after an impressive second run was enough to hold off Switzerland's Michelle Gisin, who had been tied for the lead with Vlhová following run one.

Austria's Katharina Liensberger won a second bronze medal of the weekend, achieving a fifth World Cup podium of her career, all of which have been third-place finishes.

Vlhová and Gisin both posted a time of 54.32sec on run one, which would not be beaten all day.

Vlhová was then the second-fastest athlete on the second run, finishing 0.31 ahead of Gisin.

Liensberger was fastest on run two, at 54.60, to move from sixth to third and overtake skiers including American Mikaela Shiffrin and Switzerland's Wendy Holdener, who finished fifth and fourth respectively.

Shiffrin finished second yesterday on her return to competitive skiing, after injury, the coronavirus pandemic and a family bereavement conspired to mean the American had not raced for 300 days.

Today, Shiffrin held off Austrian pairing Franziska Gritsch and Katharina Truppe who jumped up the order to sixth and seventh respectively.

Vlhová, who has won five slalom races in a row, leads the overall World Cup standings on 260 points, with Gisin second on 175.

Shiffrin, with 125, is third, while Italy's Brignone is eighth on 87 points.

The women's Alpine Ski World Cup circuit now heads to Lech-Zürs in Austria, for a parallel race on Thursday (November 26).