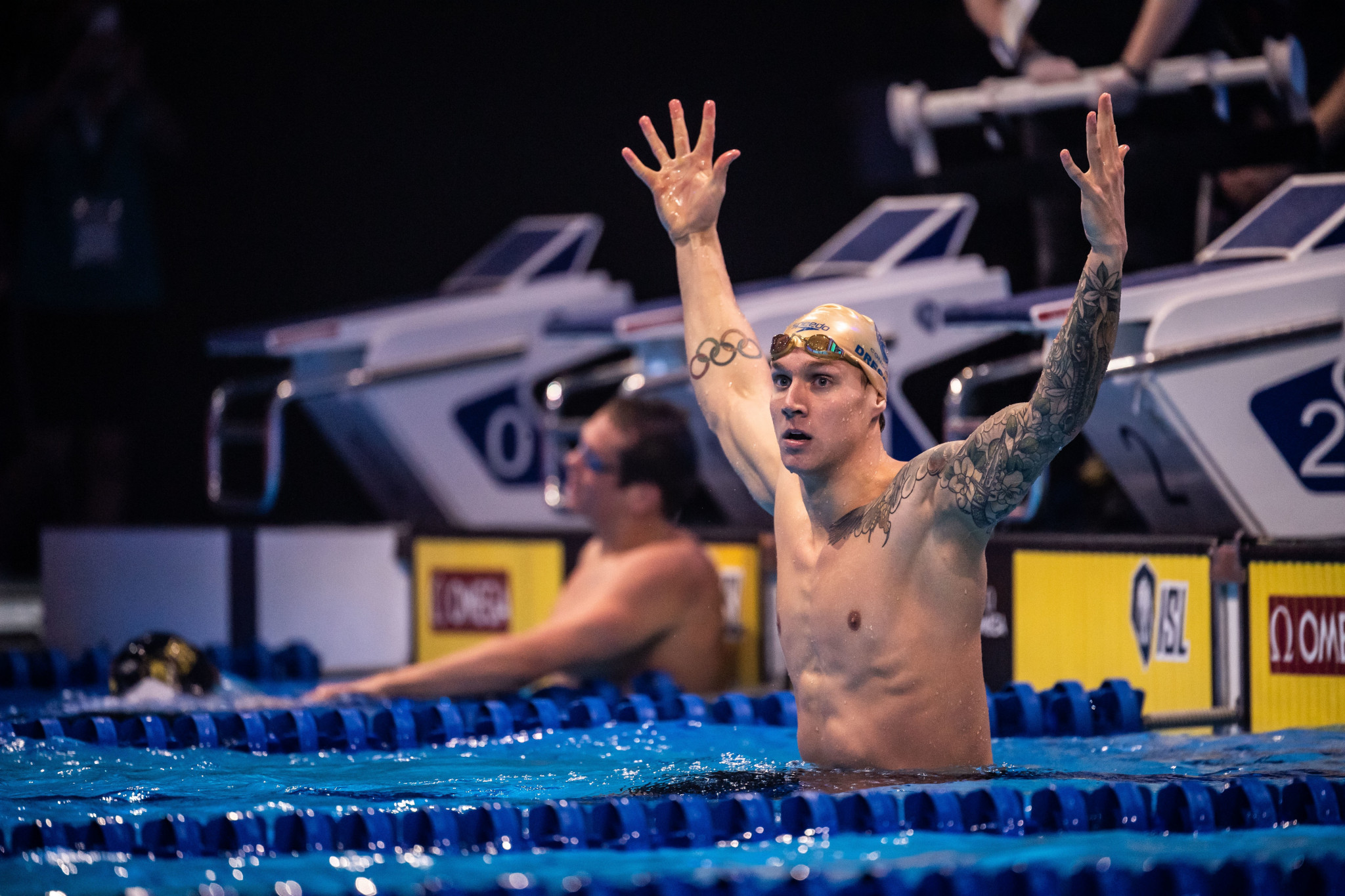 Cali Condors have the advantage going into the second day of the International Swimming League (ISL) final in Budapest after Caeleb Dressel broke two world records.

The Condors lead the overnight standings on 267.0 points, while defending champions Energy Standard are second with 239.5.

Cali Condors went into the final as the only undefeated team following five weeks of competition in a bio-secure bubble at the Duna Arena.

Dressel broke the 100 metres butterfly world record in his first race of the day, finishing in 47.78sec to surpass the previous record of 48.08 set by South Africa's Chad Le Clos in 2016.

Le Clos, who was racing with Energy Standard, finished second in 48.45, followed by Current's American swimmer Tom Shields in 48.47.

France's Florent Manaudou came second for Energy Standard in 20.60, with Kristian Gkolomeev of Greece finishing third for LA Current with a time of 20.75.

Dressel had previously set a world record for the 100m individual medley in the semi-finals.

The 24-year-old is currently top of the final's Most Valuable Player standings with 40.5 points.

Olivia Smoliga, Lilly King, Kelsi Dahlia and Erika Brown, all of the United States and competing for Cali Condors, followed Dressel’s example when they set a new world record in the women’s 4x100m medley relay of 3:44.52.

Competition is set to conclude tomorrow with the remaining races.

The season finale comes against a backdrop of concerns over the ISL’s future, amid claims the organisation has failed to pay debts owed to suppliers from season one.