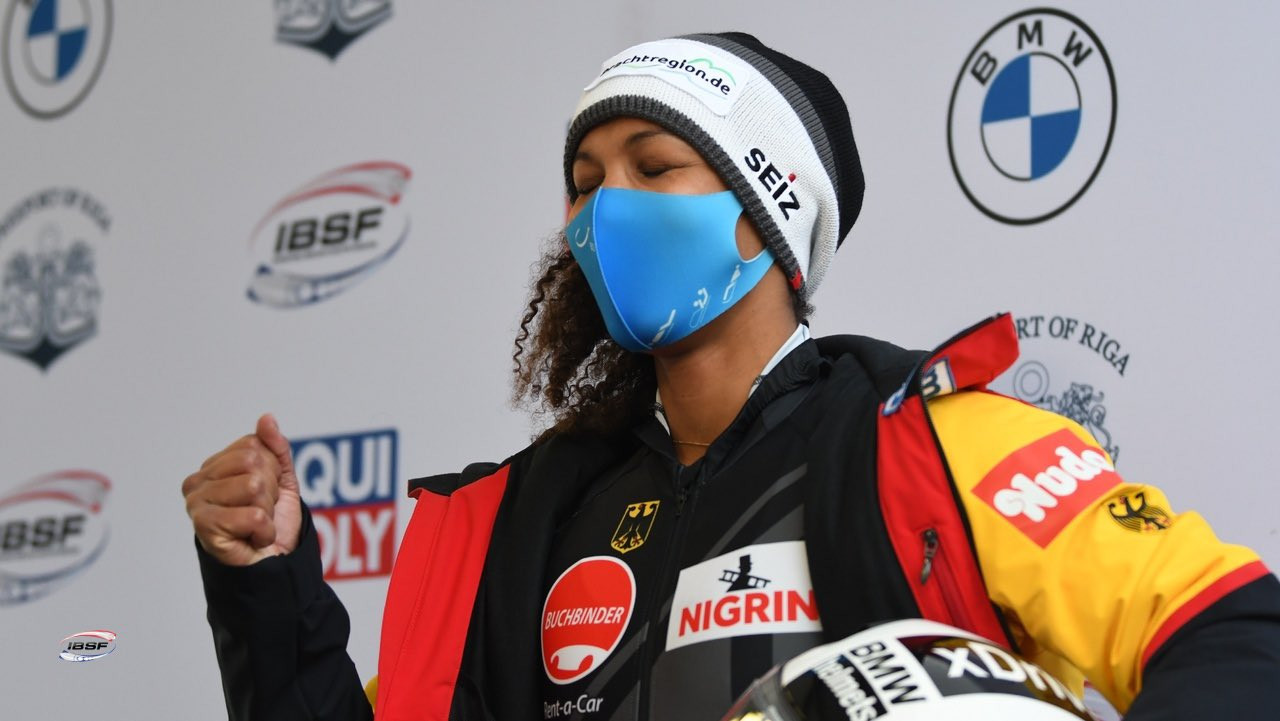 Along with push athlete Vanessa Mark, Jamanka claimed the sixth World Cup victory of her career, while Mark took her second.

Jamanka was the world champion in the discipline in 2019 and last year's overall World Cup runner-up.

There was little to separate the Germans from the Austria team of Katrin Beierl and Jennifer Onasanya, who made a World Cup podium for the first time and only 0.13sec slower than the winners.

Germany's Kim Kalicki and Annabel Galander were third, 0.58 off the pace of their compatriots.

Stephanie Schneider, the reigning World Cup champion, was not selected for this event by Germany.

Germany's third pair of Laura Nolte and Deborah Levi set a new track start record of 5.21sec, only to crash on their first run and drop out of contention.

The Russians missed this race and will miss all of the bobsleigh contests in Sigulda after a COVID-19 outbreak among the team.

The men's two-man bobsleigh saw the rivalry between Germans Francesco Friedrich and Johannes Lochner continue, with the former coming out on top in the opening race.

Pushed by Thorsten Margis, double Olympic champion Friedrich came from behind to set the fastest time on the second run and beat Lochner, pushed by Christian Rasp, by a margin of just 0.04sec.

Lochner had never raced at Sigulda before, but set a new track record in the first run of 49.51.

Michael Vogt and push athlete Sandro Michel of Switzerland took the bronze, 0.26 behind the leaders - closely followed by Christian Hammers and Christoph Hafer of Germany in fourth.

Hosts Latvia then rounded off the top five thanks to the pairing of Ralfs Berzins and Arnis Bebriss.

Friedrich has been overall winner of the last two IBSF World Cup seasons and three of the last four.