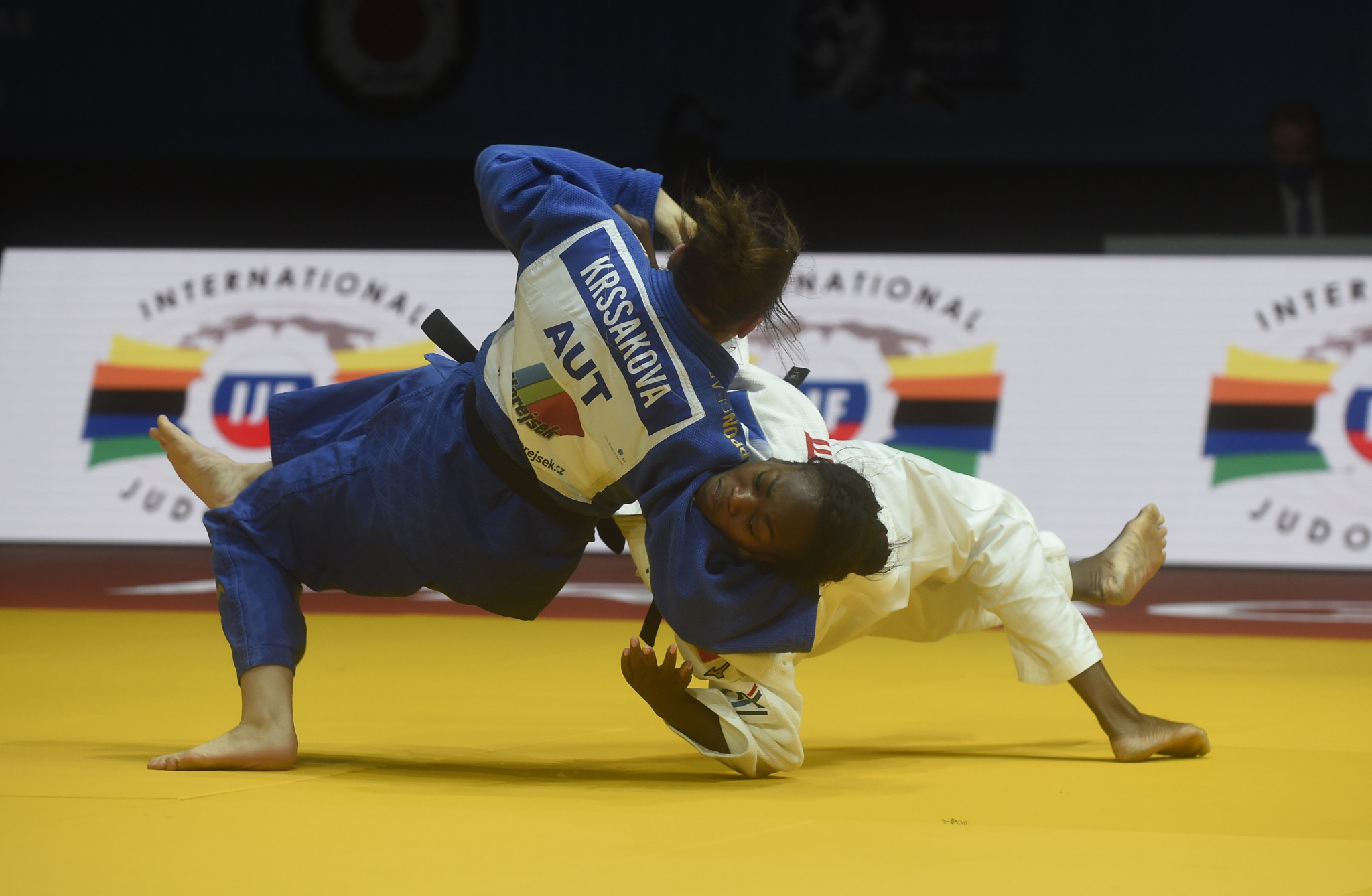 Clarisse Agbegnenou and Margaux Pinot both won titles on a golden day for France at the European Judo Championships in Prague.

Reigning world champion Agbegnenou was dominant in the women's under-63-kilogram division, winning all four of her contests via ippon.

Agbegnenou needed only 23 seconds to beat Austria's Magdalena Krssakova in the final and earn a fifth European crown.

In the women's under-70kg, the roles were reversed for Pinot and team mate Marie-Ève Gahié from last year's World Championships, where Gahié took the title and Pinot had to settle for bronze.

Gahié lost to Sanne van Dijke in the semi-finals and had to make do with a bronze medal, but, in a repeat of last year's European Judo Championships final, Pinot defeated the Dutch judoka to ensure France topped the podium.

Having won three gold medals and three bronzes in the Czech capital, France are top of the medals table.

Sterpu, 21, made a steady start before recording three wins via ippon to take the title.

He beat another Georgian, London 2012 under-66kg champion Lasha Shavdatuashvili, in the final after Shavdatuashvili had knocked out Italy's Fabio Basile - winner of the under-66kg title at Rio 2016 - and Azerbaijan's Rustam Orujov.

Orujov was the runner-up in this weight category at the last Olympics and World Championships.

Twenty-year-old Grigalashvili's run to the under-81kg title included defeating Belgian Matthias Casse, who was the defending champion, in the last four.

Five further sets of medals are due to be awarded on the final day of competition tomorrow.