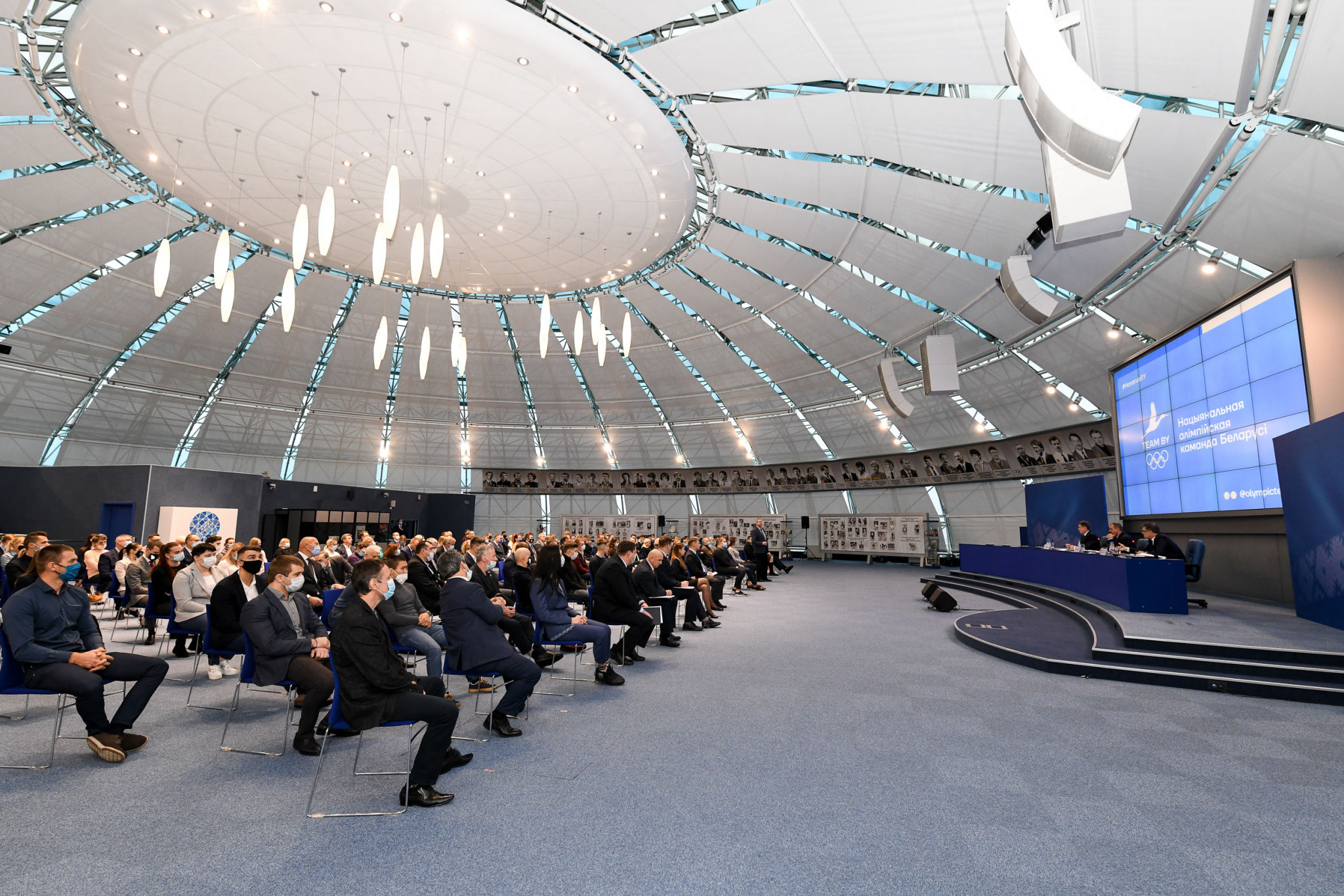 The National Olympic Committee of the Republic of Belarus (NOC Belarus) has claimed preparations for next year's re-arranged Olympic Games remain on track, despite the widespread protests in the country which could threaten the team's under its own flag in Tokyo.

Discussions were held between the NOC Belarus vice-president Viktar Lukashenka, the Deputy Prime Minister of the Republic of Belarus Igor Petrishenko and the Minister of Sport and Tourism, Sergey Kovalchuk.

Heads and representatives of sports associations attended the meeting, as well as coaches and athletes.

Along with discussions about the upcoming Summer and the 2022 Winter Olympic Games in Beijing, issues surrounding the psychological climate of training during the COVID-19 pandemic.

Many athletes have been at the forefront of the protests against the controversial re-election of Alexander Lukashenko as President.

The Beijing 2008 decathlon silver medallist Andrei Kravchenko among those arrested, despite not taking part in demonstrations against the Government.

Some athletes, however, have remained loyal to the Government and publicly thanked them for the help they have received.

"We work on a scheduled basis in athletics, all our wishes are fulfilled," Maksim Nedasekau, the European Games high jump gold medallist, said.

"We'd really like more of the competitions yet little depends on the athletes here.

"We use this time for recovery and treatment if necessary and our athletes have everything for it.

"They are currently training at the Raubichi sports complex which has excellent facilities even for high jumpers."

Head coach of the national athletics team, Yuri Moisevich claimed that facilities in the country had greatly improved in recent years and thanked the Belarusian Government for that.

However, the IOC continues to investigate the NOC Belarus following recent allegations of political discrimination against athletes.

Belarusians have been leading pro-democracy protests since August when Lukashenko was re-elected, despite evidence of an unfair contest.

Lukashenko has been the only leader of the country since the dissolution of the Soviet Union, holding his position since 1994.

He is often referred to as "Europe's last dictator", with the nation facing criticism for its human rights breaches.

Lukashenko is also the President of the NOC Belarus.

The IOC has warned the NOC Belarus could face sanctions - including a ban of the Belarus flag at Tokyo 2020 and Beijing 2022 - if it finds the NOC has breached the Olympic Charter.

Other sports expected to feature Belarusian athletes at Tokyo 2020 include cycling, swimming and judo, while the likes of Alpine skier Maria Shkanova has benefited from the International Olympic Committee (IOC) Solidarity Fund.

"Before the Games in Vancouver [2010] and Sochi [2014], my training was paid by the IOC Solidarity fund," said Shkanova.

"I would like to thank both the NOC Belarus and the IOC, who paid close attention to our training for the Games.

"Now, thanks to the Ministry of Sports, the Ski Union and the NOC, the team is preparing for the Games in Beijing, where we hope we won't get lost."

With the Tokyo 2020 Games being scheduled for July 23 to August 8 2021, Belarusian athletes have already secured 71 spots in 15 sports.

There are expected to be around 100 athletes at Tokyo 2020 by the end of qualification in June 2021.