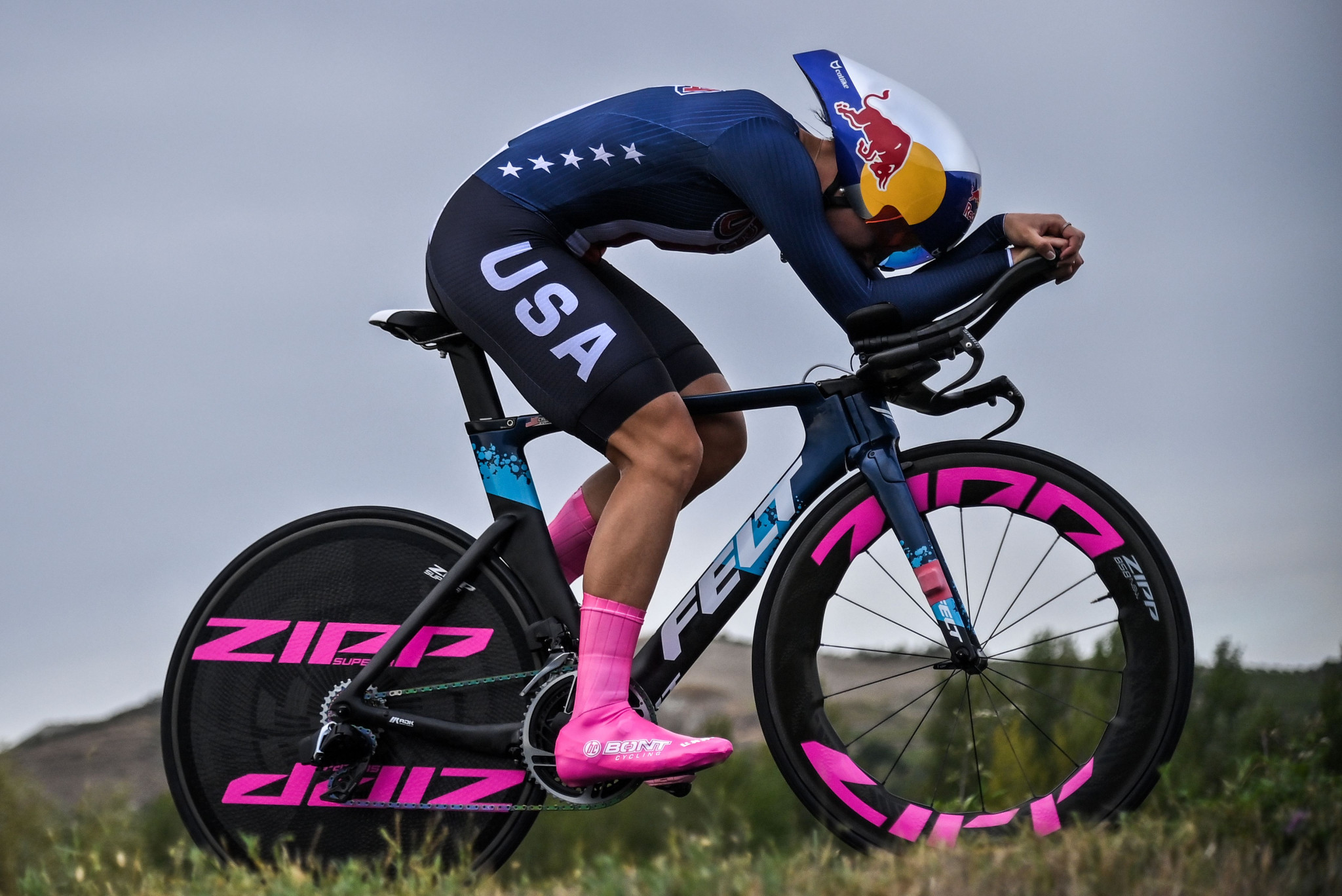 Chloé Dygert is determined to recover in time for Tokyo 2020 after suffering a severe laceration on her left leg at the International Cycling Union (UCI) Road World Championships in Italy, and is targeting two titles.

The American was on course to defend her world title in the women's time trial as she led by nearly half a minute when she crashed around the midway point of the Imola course in September.

Having lost control on a descent, Dygert hit a guardrail before going down a steep, grassy verge.

The 23-year-old was airlifted to a hospital in Bologna where she underwent surgery.

"I lacerated my quad with about 20 per cent still intact, and doctors were able to fix that, and sew that all back together," Dygert told Cycling News.

"My tendon was also partially cut as well, and they sewed that back together.

"An MRI showed that my knee capsule was fine, with a little bit of cartilage damage and a bone bruise, but it's all manageable and healing up nicely."

Dygert is now on the long road to recovery, having returned to her family home in Indiana last month.

"We're still figuring everything out and it's looking likely that I'll be able to get on a stationary bike, with no watts, soon, and then be able to ride my bike again, but it all depends on the strength that I get back in my leg," Dygert said.

"There's a three-inch difference between the two legs.

"I couldn't lift my leg and I was really struggling.

"They kind of woke the muscle up a bit and I could flex the muscle a bit while it was being stimulated.

"I was able to lift it, and it was a good session the other day."

With the Olympics postponed to next year due to the coronavirus pandemic, Dygert is focused on winning gold in the time trial and team pursuit.

"There hasn't been one second where I have felt like I wasn't going to make it or that I couldn't do this," Dygert said, as reported by Cycling News.

"I have always been motivated.

"I will do anything I need to do to get better, heal and have no excuses when it's time for the Olympics."

She has since un-liked the tweets and posted an apology message on Instagram, insisting she was committed to diversity and equality.

"Cycling should be for everyone regardless of colour, gender, sexuality or background," said Dygert.

"Like Canyon-SRAM Racing, I am committed to promoting diversity, inclusion and equality in cycling and our wider communities.

"I apologise to those who felt offended or hurt by my conduct on social media.

"I am committed to keep learning and growing as an athlete and a person."

Dygert is set for her first season on the UCI Women’s WorldTour in 2021 after signing a four-year contract with Canyon-SRAM.

"My focus in 2021 is clear - the Tokyo Olympic Games," Dygert declared following the announcement.

"I just want to heal and be ready in time, and my goals are to win gold in the time trial and the team pursuit."