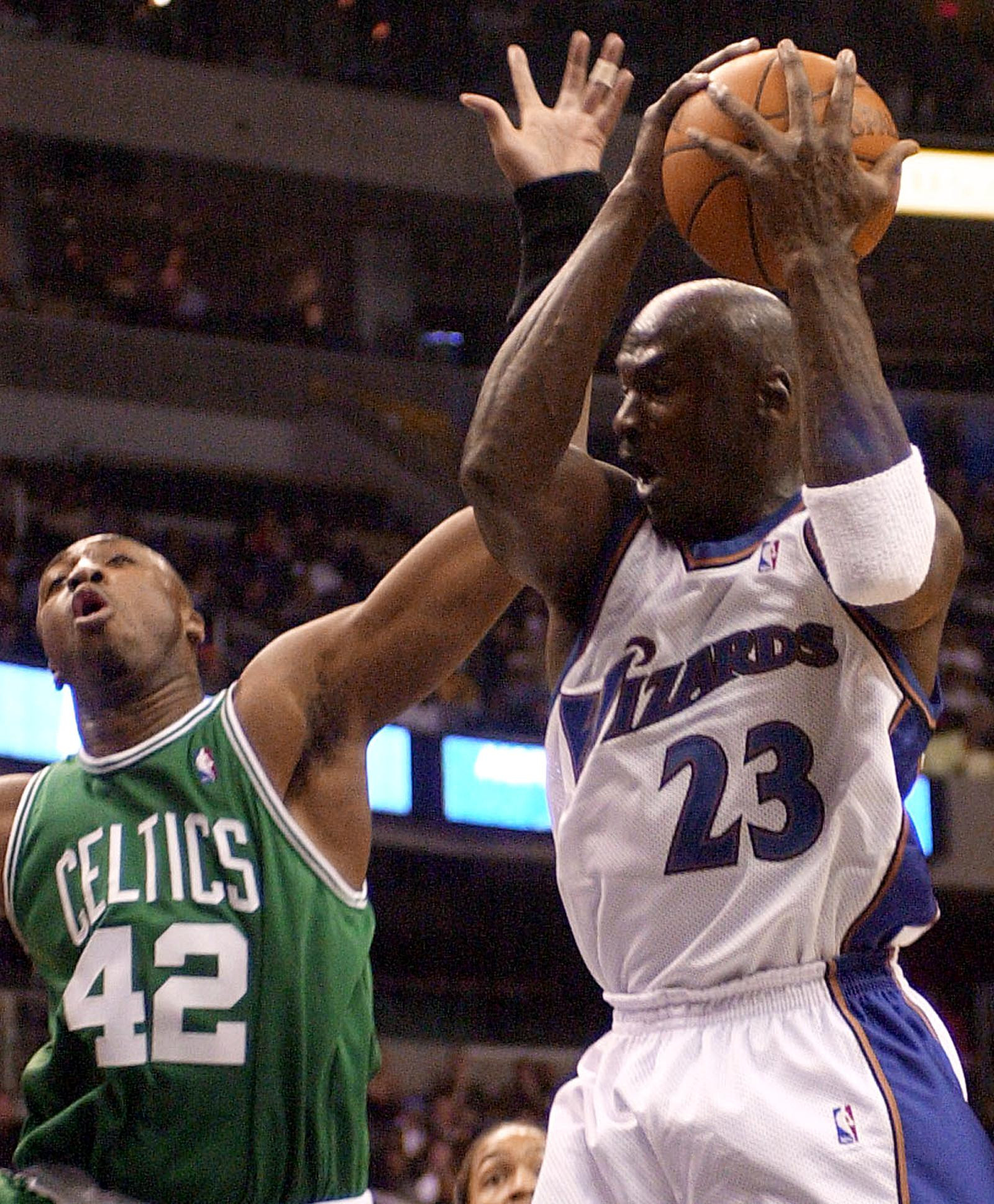 A jersey worn by Michael Jordan 18 years ago when he helped inspire the Washington Wizards to a record victory over the Boston Celtics has been put up for auction.

The double Olympic gold medallist wore the jersey in the Wizards opening match of the 2002-2003 campaign - his final season in the National Basketball Association (NBA).

The then 39-year-old icon scored 21 points, contributed five assists, four rebounds, two steals and a block in just 21 minutes on the court as the Wizards humiliated the Celtics 114-69, the worst defeat in their history.

The home white jersey, which has been photo-matched, was signed on the back in black Sharpie.

It comes with an Upper Deck Authenticated hologram.

Jordan played for the Wizards, the team where he was part-owner, between 2001 and 2003 after coming out of retirement three years after retiring from the Chicago Bulls.

The jersey has been put up for auction by New Jersey-based Lelands Premier Auction as part on an online event that opened on Sunday (November 15) and is due to conclude on December 11.

The jersey is one of several Jordan-related items up for auction with Lelands.

A Wizards jersey that Jordan wore against Miami Heat in February 2002 is among other items that he gave to Wozniak listed in the auction.

Jordan memorabilia has been a boom industry this year following the broadcasting of The Last Dance co-produced by ESPN Films and Netflix which tells the story of his final season with the Bulls in 1997-1998 when he won his sixth NBA championship title.