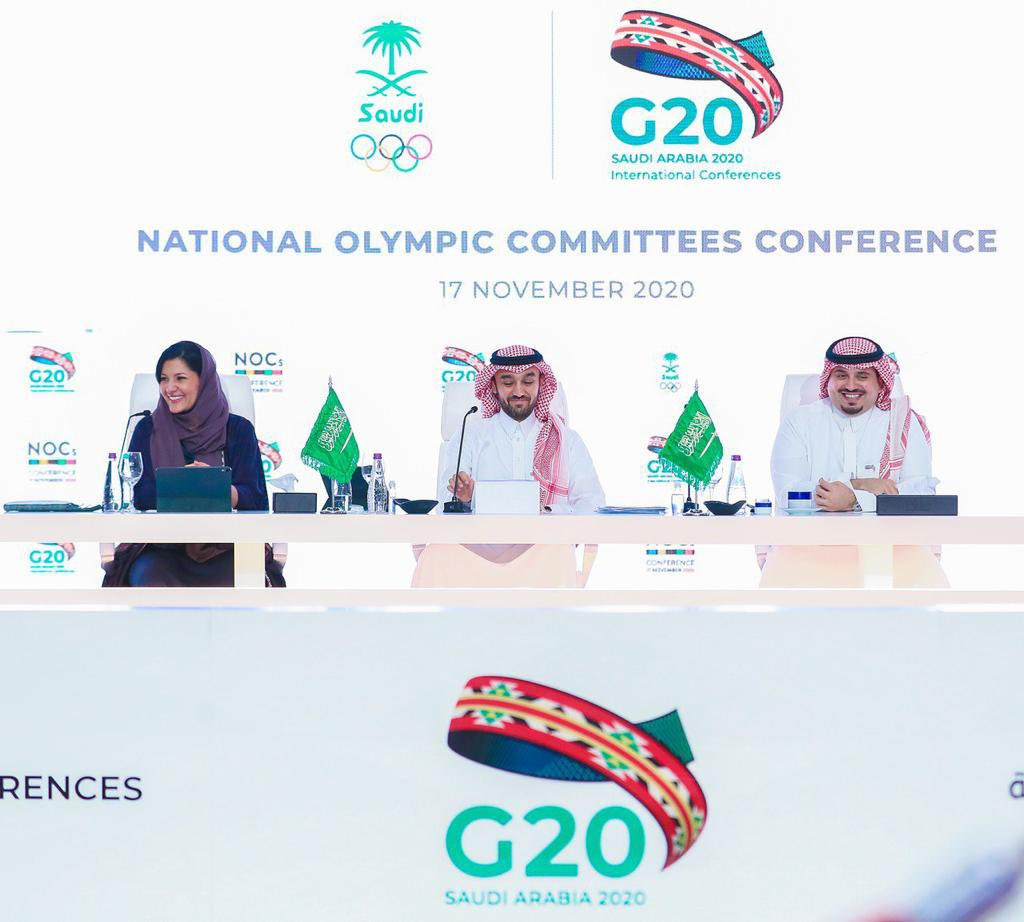 This event precedes the upcoming virtual 2020 G20 Summit in Riyadh, set to be held on November 21 and 22.

It was the first of its kind affiliated with the G20 Summit.

The Global Association of International Sports Federations, the World Anti-Doping Agency and the World Health Organization were also in attendance.

IOC member Reema bint Bandar Al Saud stated that the IOC must support and develop women in sports locally and internationally during the conference to support equal participation.

During the meeting, Bach thanked the hosts and spoke of how he hopes for sport to return in good health after COVID-19.

"As countries around the world are starting the long journey of recovery from the pandemic, this conference is also sending another important message: the world of sport is ready to contribute to rebuild the post-coronavirus world," said Bach.

"I would like to congratulate the Kingdom of Saudi Arabia for making sport the centrepiece of the quality of life programme of Vision 2030.

"With this conference, Saudi Arabia is again putting the spotlight on this power of sport to change lives for the better."

Al Faisal agreed that sport needs to be part of the pandemic recovery period for world economies.

"The National Olympic Committees Conference is an initiative that aims to put sport in the heart of the international dialogue on the occasion of the Saudi Presidency especially during such difficult times where the world will need sports more than ever to reconnect, recover and sustain," said Al Faisal.

"We have to be clear and bold in our vision as members of the Olympic Movement; the sustainability of the sport sector is essential to our economy, our health care systems, and our societies.

"Investment in sport has to continue and grow, for the better of all of us."

Highlighting its Riyadh 2030 Asian Games bid, the SAOC also distributed a virtual bid book to all NOCs of the OCA as it currently battles for hosting rights with Doha in Qatar.