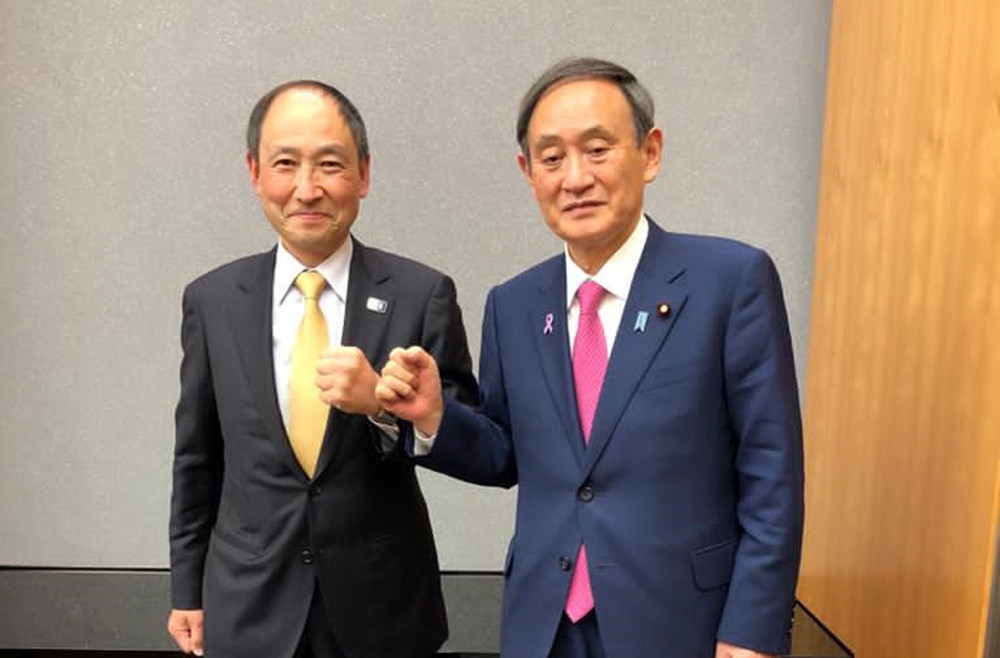 World Karate Federation (WKF) general secretary Toshihisa Nagura has met with the new Prime Minister of Japan, Yoshihide Suga, to discuss the situation of sport globally and the WKF's plans for the future.

Nagura was part of a larger karate delegation in attendance and was joined by the likes of Japan Karatedo Federation executive directors Iwaki Hashimoto and Akio Kondo.

Suga was briefed on how the WKF is looking to expand karate as a sport following its Olympic debut at the postponed Tokyo 2020 Olympics, which are currently scheduled for July and August next year as a result of COVID-19.

Nagura also expressed his appreciation for Suga after the Prime Minister's video message last month, which congratulated the governing body for its 50th anniversary.

"The karate world is honoured to have a true karateka such as Mr. Suga leading the birth nation of our sport," said WKF President Antonio Espinós.

"On behalf of the WKF and all the karate family, I sincerely thank Mr. Suga for taking the time to welcome the karate delegation today.

"This meeting headed by our general secretary Toshihisa Nagura does not only show Mr Suga's kindness and consideration, it also demonstrates that he is a great friend of the sport."

Suga has championed karate since taking over from Shinzō Abe, who stepped down for health reasons, as Prime Minister of Japan in September.

He is a third-dan black belt in karate.

"After our conversation, I am absolutely convinced that Mr. Suga understands and supports the values of karate and the importance of our sport in society.

"Both of us have been practitioners of the sport for over 50 years, and we have seen the great effects of the practice of karate in our lives."