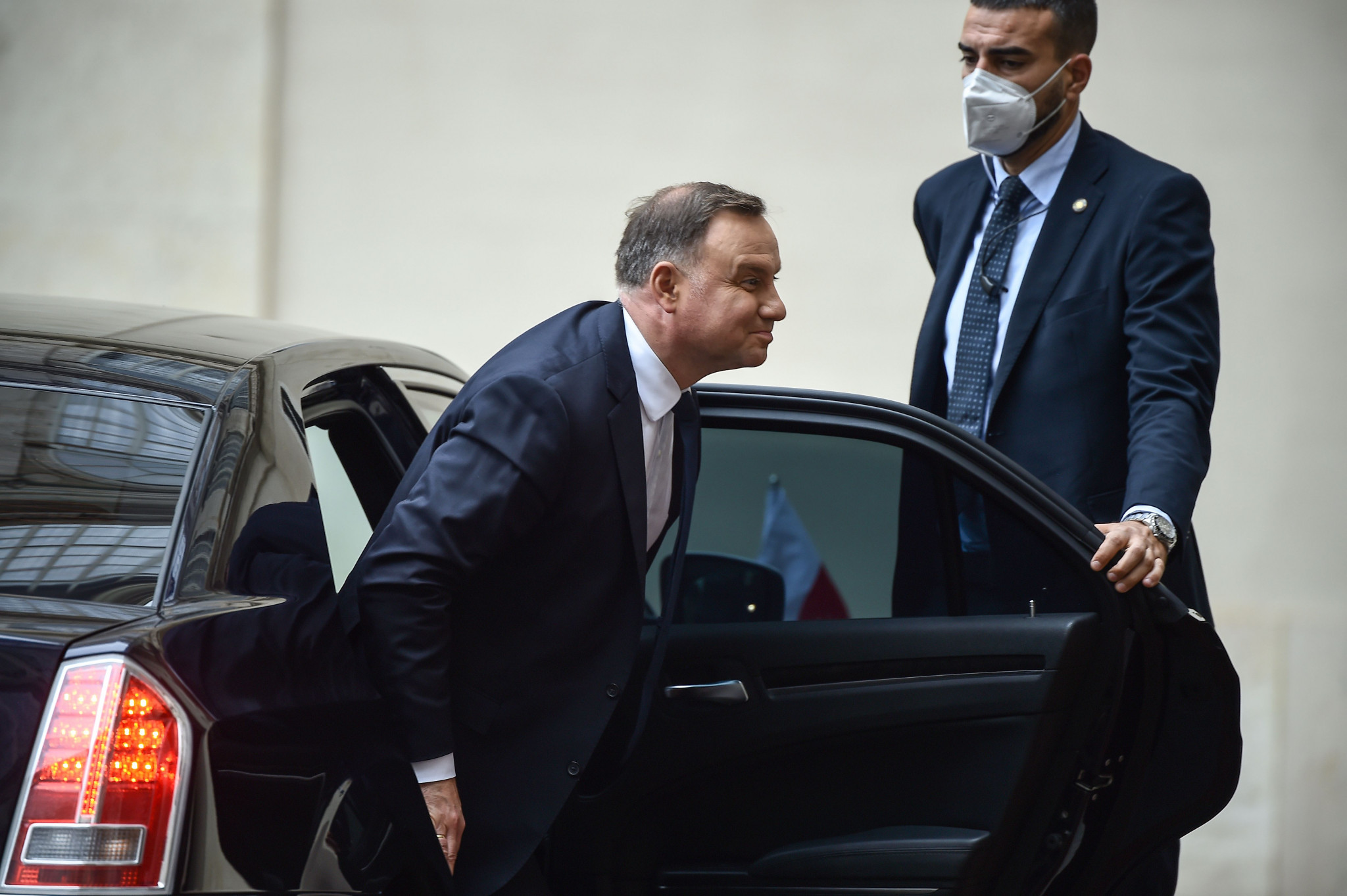 Polish President Andrzej Duda has suggested the country's Government may have differing views on "ideological issues" with incoming United States President Joe Biden, as the country prepares for the 2023 European Games.

Biden has described the European nation as a "totalitarian regime" and has criticised the "LGBT-free zones" in the country.

He became President-elect last week when he was projected to win the 270 electoral college votes needed to beat incumbent Donald Trump.

Biden is expected to receive 306 electoral college votes to Trump's 232, although the latter has launched a series of legal challenges.

Duda, a close ally of Trump, told the niezalezna.pl website that the indication was that Biden would become US President but he said the issue was not "finally settled".

The Polish President claimed a Biden administration did not represent "serious problems" for the country, but suggested there could be ideological differences.

"Perhaps we will have various kinds of ideological discussions," he said.

"If Joe Biden becomes President, and everything seems to be so, he is a political party that is decidedly left-liberal.

"For years, Poland has been ruled by the conservative option and there is a big difference in many ideological views, and you have to take into account that there will be ideological and political disputes on this background.

"On the other hand, if we ask about the interests of Poland, they are primarily security interests, economic interests, and I do not see any possibility of deteriorating relations with the United States.

"These are actions that are timeless, supra-political, these are the activities of big business, these are economic activities, these are strategic military decisions made not by the US President himself, but by decision-making bodies with which the President cooperates."

During a Presidential debate, Biden had spoken of the rise of "totalitarian regimes in the world", specifically naming Belarus, Poland and Hungary.

The European Commission President did not specifically mention Poland by name.

Let me be clear: LGBTQ+ rights are human rights — and “LGBT-free zones” have no place in the European Union or anywhere in the world. https://t.co/zc8YvSq6iN

Biden tweeted in response: "Let me be clear: LGBTQ+ rights are human rights – and 'LGBT-free zones' have no place in the European Union or anywhere in the world."

This prompted a reply from the Polish Embassy, dismissing Biden's comment.

"The assertion in vice-president Joe Biden's tweet is based on inaccurate media information, as no 'LGBT-free zones' exist in Poland," the embassy said.

"The Polish Government is committed to the rule of law, equal rights and social inclusion.

"There is no place for discrimination in our societies."

The alleged zones have been a continued source of controversy, with the European Parliament last year voting 463 to 107 in favour of condemning the zones in Poland, which at the time were adopted by 80 municipal or local Governments.

Criticism was also aimed at the European Olympic Committees for its decision to award the 2023 European Games to Krakow-Małopolska, with the latter region having declared itself one of the zones.

The EOC last month told insidethegames its role was to ensure the Olympic Charter is "respected and there is no discrimination of any kind" at the Games.

"The EOC has sought assurances from the organisers of Kraków-Małopolska and the highest levels of Government that the fundamental principles of the Olympic Charter will be fully respected for all participants of the European Games," an EOC spokesperson said.

"Our intention is to host a European Games in 2023 that unites the entire continent in a common celebration of sport and the values of Olympism.

"As a member of the Olympic Movement, the EOC complies with the fundamental principles of the Olympic Charter, which state 'the enjoyment of the rights and freedoms set forth in this Olympic Charter shall be secured without discrimination of any kind, such as race, colour, sex, sexual orientation, language, religion, political or other opinion, national or social origin, property, birth or other status'.

"As a sport organisation our role is to ensure that our sports events take place in a context where the Olympic Charter is respected and there is no discrimination of any kind.

"As such, a provision on adherence to fundamental human rights and anti-discrimination will be included in the host city contract".