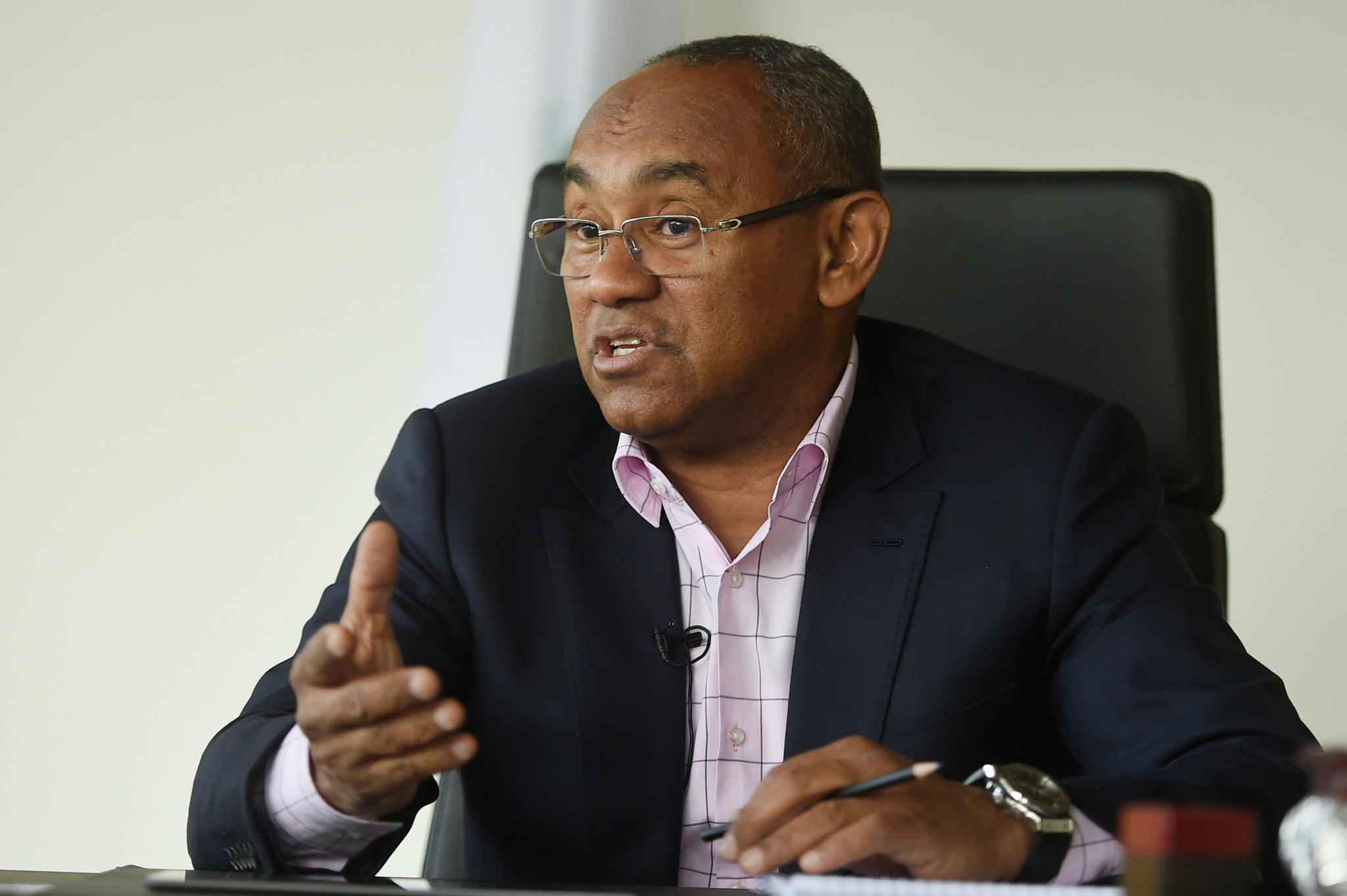 Ahmad has temporarily vacated his role as President of the Confederation of African Football (CAF) on "medical advice".

The announcement came just two days after the 60-year-old was released from hospital in Cairo, where he had spent more than a week recovering from coronavirus.

CAF said Ahmad, who goes by one name and has led the organisation since 2017, had been prescribed "at least 20 days" of rest.

First vice-president Constant Omari will head CAF until the end of the month, with Ahmad asked to "limit his efforts".

"On medical advice, the President of The Confederation of African Football Mr Ahmad Ahmad, has been prescribed a convalescence period which will last at least 20 days during which he is requested to limit his efforts so as to totally restore his energy," a statement from CAF read.

"This unavailability temporarily makes it impossible to conduct the normal duties linked to a function which requires good health.

"In this situation, the first vice-president Mr Omari Constant will take the interim lead of the CAF executive until November 30 2020."

Ahmad tested positive for coronavirus on October 30 shortly after flying back to Egypt from Morocco where he had attended the CAF Confederation Cup final.

This morning, I’ve been declared positive to #Covid19. I have mild symptoms, but I’m well. All the people I’ve been in contact with are prevented. I am now in isolation for 14 days at least. Take care of you, friends and family.

The Madagascan said he had been experienced "mild symptoms" and spent a period in isolation at AS Salam International Hospital in Egyptian capital Cairo.

After being discharged on November 11, CAF said Ahmad was "not contagious anymore" and there was "minimal risk of complications".

Ahmad recently confirmed he would stand for re-election in March as he seeks to extend his reign as CAF President.

But it was also reported by the BCC that Ahmad had been found guilty of ethics breaches by the investigatory chamber of FIFA’s Ethics Committee, relating to a 2017 deal with Tactical Steel.

A sanction could end Ahmad’s bid for a second term as he would be required to pass an eligibility test to remain on the FIFA Council.

The deal with the little-known company is allegedly worth four times as much as an arrangement cancelled with sportswear giant Puma.

An associate of Ahmad, who has denied wrongdoing, has alleged links to Tactical Steel.

The deal was among the findings revealed in an independent audit report earlier this year, which labelled CAF’s accounts as "unreliable and not trustworthy".

FIFA effectively took over control of CAF in July 2019 following a series of allegations levelled at Ahmad.

Ahmad was arrested over corruption charges in Paris last June and has also been accused of sexual harassment.

He has not been charged with any offence.

Ahmed Yahya, President of the Football Federation of the Islamic Republic of Mauritania and South African billionaire Patrice Motsepe are among those challenging Ahmad for the CAF Presidency.

The CAF Presidential election is due to take place on March 12 in Rabat in Morocco.