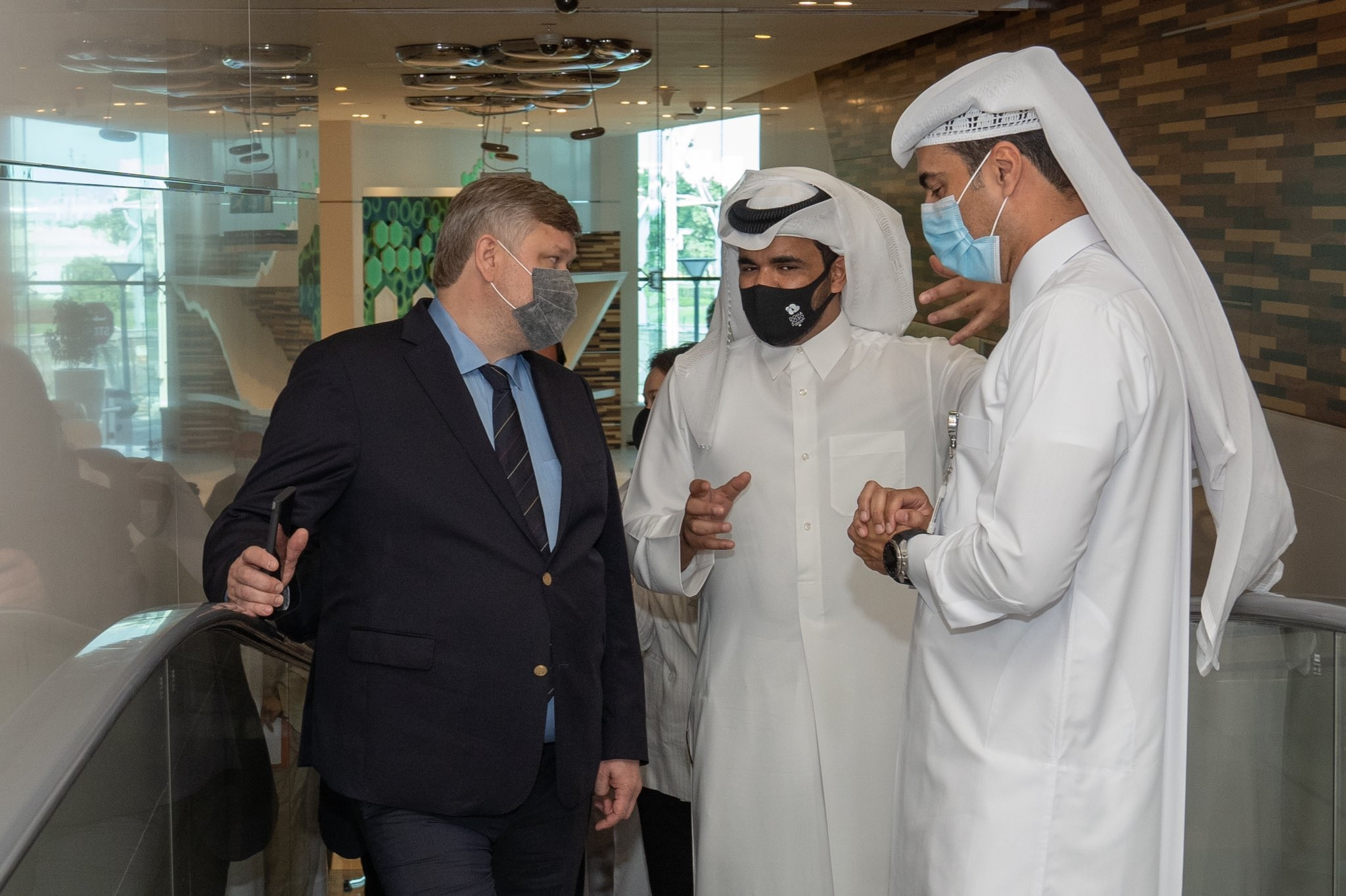 Kryukov was speaking at the conclusion of a busy week which saw him visit the capital of Qatar and Riyadh in Saudi Arabia which are going head-to-head in a fierce bidding war.

The Evaluation Committee spent three days in Doha, visiting a number of existing venues including the Al Baty Stadium in Al Khor, the Lusail Arena in Lusail and Aspire Dome in Doha as well as experience the country’s Metro network.

While Saudi Arabia has yet to host the Asian Games, Qatar is looking to stage it for the second time after Doha 2006.

A number of other major sporting events have been hosted in Qatar which is also due to play host to the 2022 FIFA World Cup.

Kryukov said the Doha 2030 Bid Committee had done a "massive job" in presenting a "comprehensive" plan for the 21st edition of the Asian Games.

"Based on the legacy of the 2006 Asian Games and your existing sporting infrastructure and other infrastructures like transport and medical, what we saw provides you with the possibility of hosting a successful Games," said Kryukov.

"There is accumulated knowledge that can be transferred to other [organisers].

"That’s why we are confident that you can host it."

Jassim bin Rashid Al Buenain, chief executive of the Doha 2030 Bid Committee, believes the city’s "know-how" in hosting major events will give them the edge in the bidding race and will allow them to focus on building a legacy.

"The Doha 2030 bid is a gateway to certainty of excellence," said Jassim.

"When it comes to the venues they are already there and have been tried and tested by the Asian and International Federations.

"Athletes can be assured of the very best conditions to train and compete.

"Doha 2030 is also a gateway to a legacy now, not in 10 years which means that if we are awarded the honour of hosting, a legacy programme will start in 2021.

"All together, Doha 2030 is a gateway to a bright future for the sport in Asia."

The world is currently in the grip of a health crisis as countries battled to contain the spread of coronavirus.

But Kryukov believes the 2030 Asian Games will help to boost the economy and relationships between countries and highlighted Doha’s "seriously deep planning" in its budget in response to the pandemic.

The OCA Evaluation Committee are at the 5* sustainability rated Al Bayt FIFA World Cup Stadium which is proposed to host football at Doha 2030.#YourGateway #Doha2030 pic.twitter.com/qgMw04NKqW

Qatar and Saudi Arabia share a border and are locked in a diplomatic crisis, adding extra spice to the bidding race.

However Kryukov refused to be drawn into comparisons between the two bids from the oil-rich Middle Eastern nations.

"We have not completed our report so it would not be ethical to compare publicly," Kryukov added.

"Every bid has their own advantages and their own challenges.

"We have not finished as we have a lot of documents and figures which must be analysed."

The OCA is due to select its preferred host for 2030 at its General Assembly in Muscat in Oman on December 16.