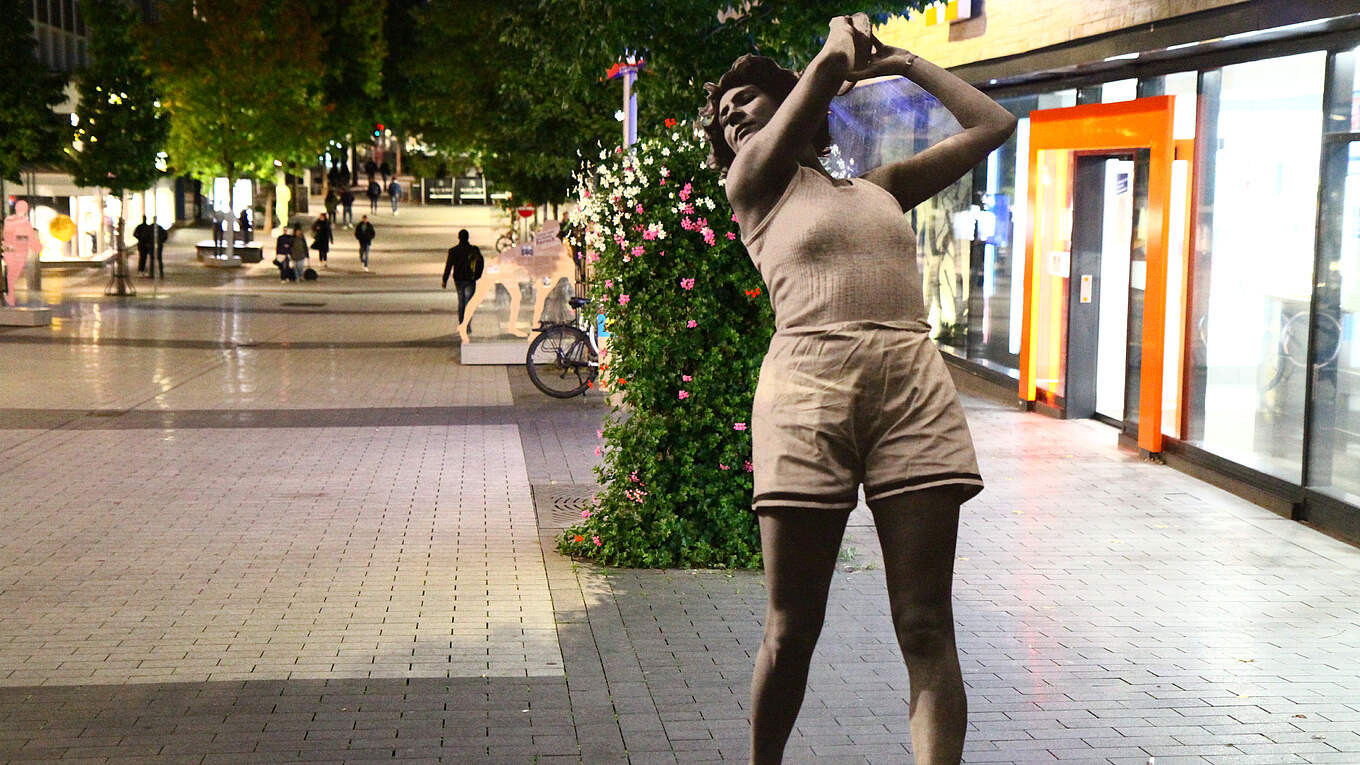 German Olympic Sports Federation (DOSB) President Alfons Hörmann has condemned an attack on statues of Jewish athletes that were on display in Bochum as part of an outdoor touring exhibition.

The statues were part of the exhibition “Between Success and Persecution - Jewish Stars in German Sports up to 1933, and beyond”.

Vandals destroyed the Plexiglas figures several athletes, including gymnasts and cousins Alfred and Gustav Flatow, who between them won five gold medals at the first modern Olympic Games at Athens 1896.

A figure of Lilli Henoch, who set world records in the discus and shot put in the 1920s, was also vandalised.

The figure of Walther Bensemann, considered one of the founding fathers of football in Germany and founder of the influential sports magazine Kicker, was among other statues targeted.

The attack occurred as the country commemorated the 82nd anniversary of "the Night of the Broken Glass", a pogrom against Jews carried out by paramilitary forces and civilians across Nazi Germany on November 9 and 10 in 1938.

"This cowardly act hits the whole of sport in Germany," Hörmann said.

"We condemn the devious attacks on the important memory of our sports comrades Lilli Hennoch, Alfred and Gustav Felix Flatow and Walther Bensemann.

"At the same time, we stand in solidarity with our member associations DFB (German Football Association) and Makkabi Germany and all those who actively promote the values of sport."

The DFB are among the groups who have helped organise the exhibition, which portrays the life and suffering of German-Jewish athletes and has been touring the country since 2015.

"We are horrified and ashamed of the news of the deliberate destruction of several figures in the exhibition," said DFB Cultural Foundation chairman Göttrick Wewer.

Bochum, located in the most populous German federal state of North Rhine-Westphalia, was the 17th city that the exhibition had visited in Germany.

"The malicious destruction of the figures in this important exhibition leaves us stunned," Bochum Mayor Thomas Eiskirch told the DFB.

"Bochum was and will remain a cosmopolitan and tolerant city in which the culture of remembrance always has a place."

The German Government were among others to express their horror at the incident.

"The destruction of the exhibition on Jewish sports stars is deeply indignant to me," Minister of State for Culture Monika Grütters said.

"Such an act on the anniversary of the Reichspogromnacht 1938 testifies to an inhumane attitude.

"There is no place for intolerance and violence in our society."