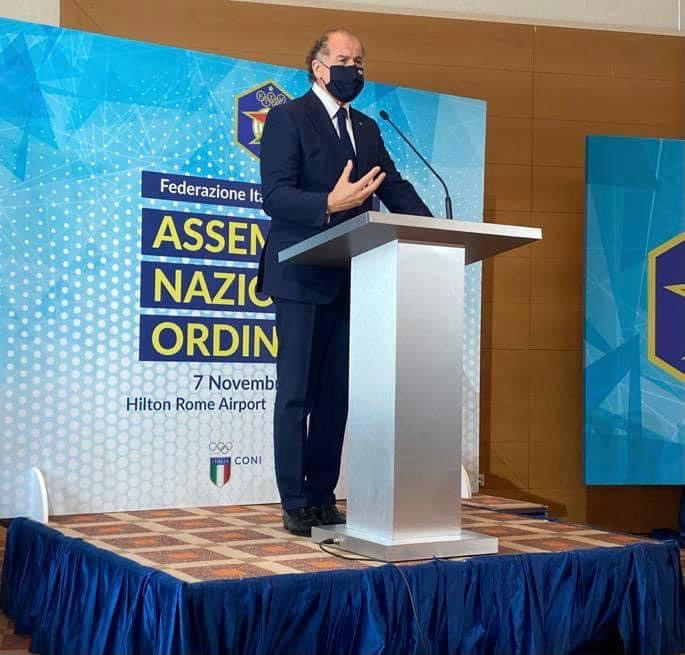 Rossi, who lost a knife-edge ISSF election to Russian oligarch Vladimir Lisin in 2018, retained his position as President of the Italian Skeet Shooting Federation (FITAV) at the body's General Assembly.

The Italian official is set to remain in the role, which he has held since 1993, until beyond the 2024 Olympic Games in Paris.

Rossi faced two challengers in Maurizio Barca and Stefano Rosi but was comfortably re-elected after receiving 95.5 per cent of valid votes cast at the meeting in Rome.

The former ISSF vice-president was given 342 votes, with Barca receiving five and Rosi two.

"We have demonstrated over the years that we have the credibility and the ability to win daily battles and medals," Rossi said.

"My hope is to bring together in the next four years the components and federations united in shooting sport...respecting everyone and all personal aspirations."

The Italian initially contested the result at the Court of Arbitration for Sport before withdrawing what the ISSF described as a "senseless" appeal.

Rossi was ordered to pay arbitration costs and contribute to the ISSF's legal expenses last December.

He had been barred from standing in the Presidential election after the Ethics Committee handed him a three-year suspension in May 2018, but his ban was cut to three months on appeal.

Rossi also reportedly received death threats on the eve of the Presidential vote, prompting the International Olympic Committee to ask about safety measures.