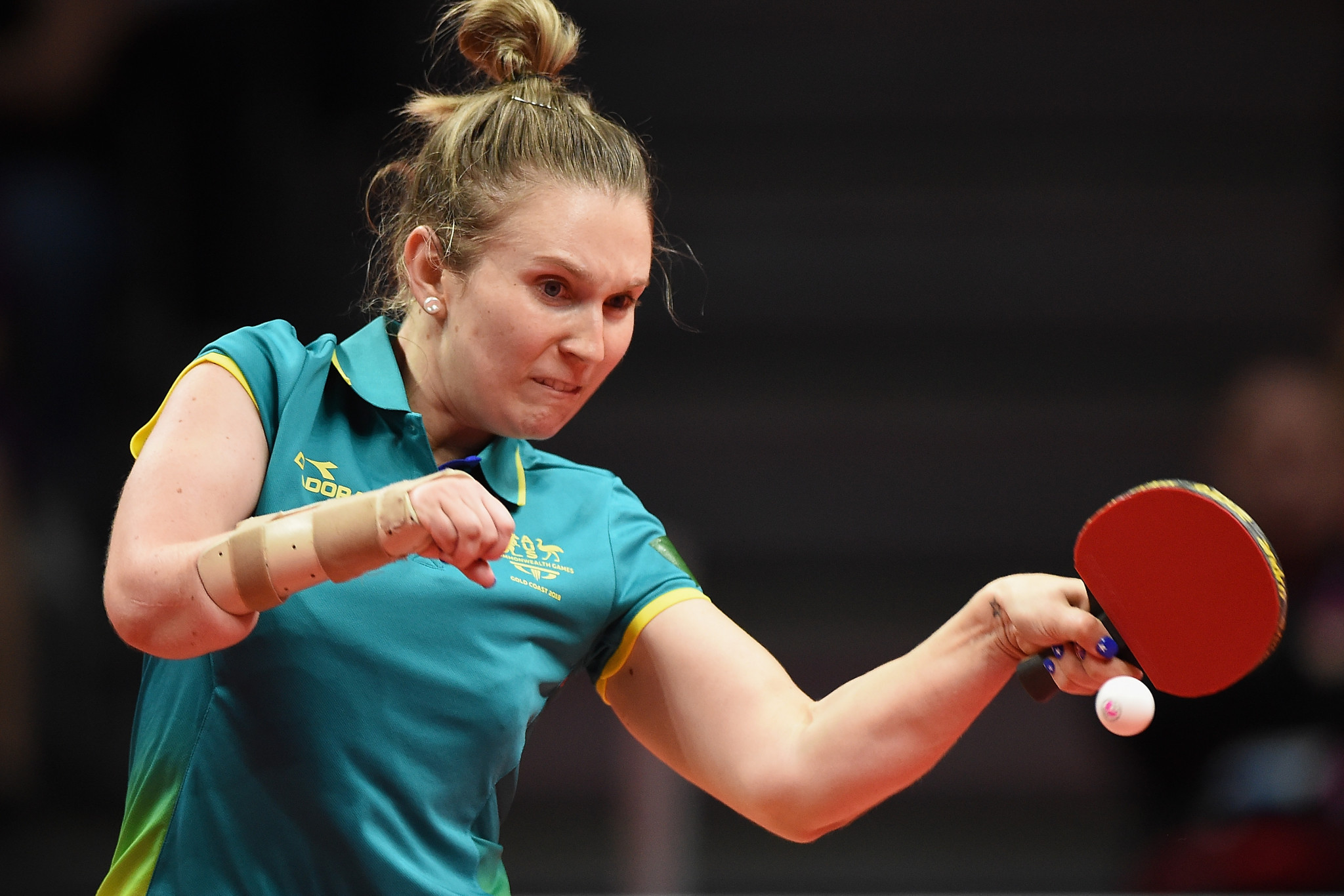 Australia’s table tennis star Melissa Tapper admits she has visualised winning gold at the Tokyo 2020 Paralympic Games – but she is now determined to turn her dreams into reality.

Tapper made history at Rio 2016 when she became the first and only Australian athlete to compete in both the Olympics and Paralympics.

Since then Tapper has continued to impress in both able-bodied and Para competitions, with the highlight being the gold medal she won at the 2018 Commonwealth Games in her home nation.

The 30-year-old is now looking to add a Paralympic title to her resumé and has already played out the gold-winning moment in her mind.

"To get on the podium with the gold around my neck is definitely the aim," Tapper told Tokyo 2020.

"And I think I'll be dreaming about that every night up until Tokyo.

"It's funny, just last week I played against one of the guys in our squad and it was a really epic rally, and I finished it with a big win.

"And I smiled to myself at the end of it because I was like, hang on, this is how I see myself winning a gold medal.

"I'm just really excited about where my game's going and the opportunity that Tokyo presents."

Table Tennis Australia has named Tapper and Jake Ballestrino as co-captains of their national Para-squad.

"Over the last 18 months we’ve really started developing a strong culture within the group. I think in Tokyo we really have a great chance to do some fantastic things and get some great results."

Tapper, who has Erbs palsy due to the nerves between her shoulder and neck being torn during childbirth, took part in her first Para competition at the age of 19.

Initially, Tapper thought only about competing in the Olympics before being convinced to change her mind.

It led to a place on the team for London 2012 where she just missed out on a spot on the podium after losing 3-2 in the bronze medal playoff having initially led by two sets.

Four years later, Tapper lost in the preliminaries in the singles tournament and finished fourth in the doubles.

She also competed in the Olympic competition where she lost 4-2 to Brazil’s Caroline Kumahara.

"In 2016, that everything aligned and all the hard work came together and paid off was absolutely amazing," said Tapper.

"But still it was just another little goal I wanted to achieve and to tick off, and I’m still competing so I think it’s going to be a lot further down the track that I’ll really get to sit back and enjoy what I’ve been able to achieve."