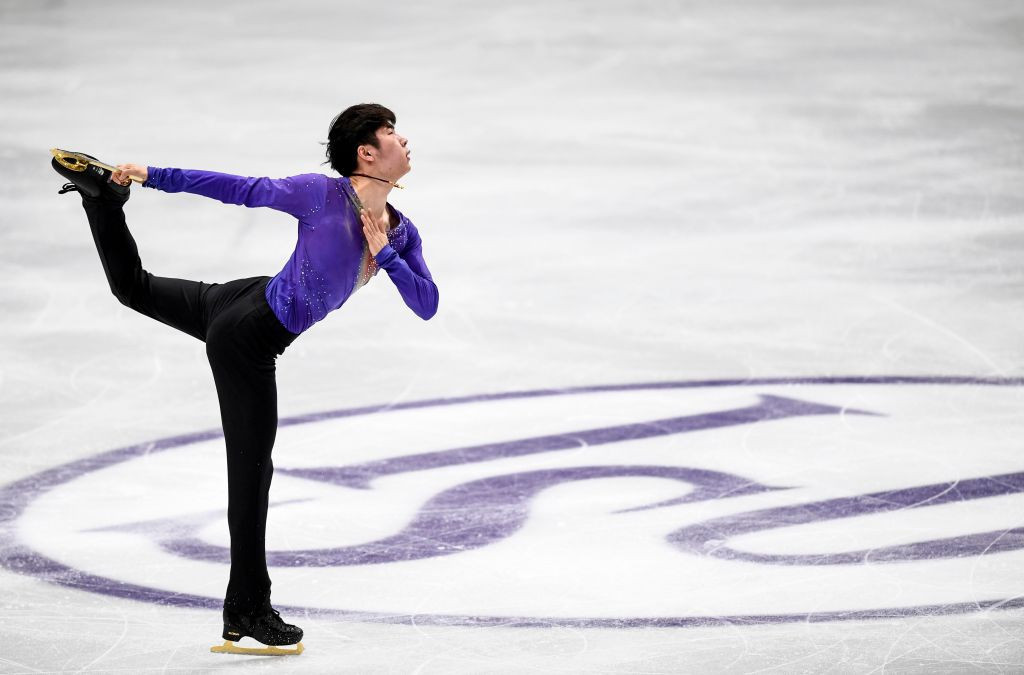 Double World Championships bronze medallist Jin Boyang leads at the halfway stage of the men's competition at the Grand Prix of Figure Skating event in China after topping the short programme standings in Chongqing.

Jin scored 103.94 points to ensure he goes into the final day of the Cup of China at the Chongqing Huaxi Culture and Sports Center with an advantage.

Han, who is hoping to better the silver medal he won at the corresponding event last year, produced a routine which yielded 92.56 points.

Chen Yudong is third on the standings having scored 75.74 points.

Chen Hongyi justified her pre-event billing as the favourite in the women's event as she ended the first day on top of the leaderboard.

"I am quite satisfied with my performance and I was able to do what I do in my regular practice," Chen said.

"I was a little nervous after not competing in a while and I think I need to get used to the lights and the atmosphere again."

Wang Shiyue and Liu Xinyu, who represented China at the 2018 Winter Olympics in Pyeongchang, lead the ice dance standings after scoring 84.23 points.

Chen Hong and Sun Zhuoming sit second on 76.57, ahead of Ning Wanqi and Wang Chao, who earned 69.07 points.

Wang Yuchen and Huang Yinhang are second, while Zhu Daizifei and Liu Yuhang are third.

The event, which continues tomorrow, is open only to domestic skaters or those who train in the host country or respective geographical region due to the coronavirus pandemic.

Skaters can also only compete in one Grand Prix of Figure Skating event because of measures imposed by the International Skating Union amid the COVID-19 crisis.