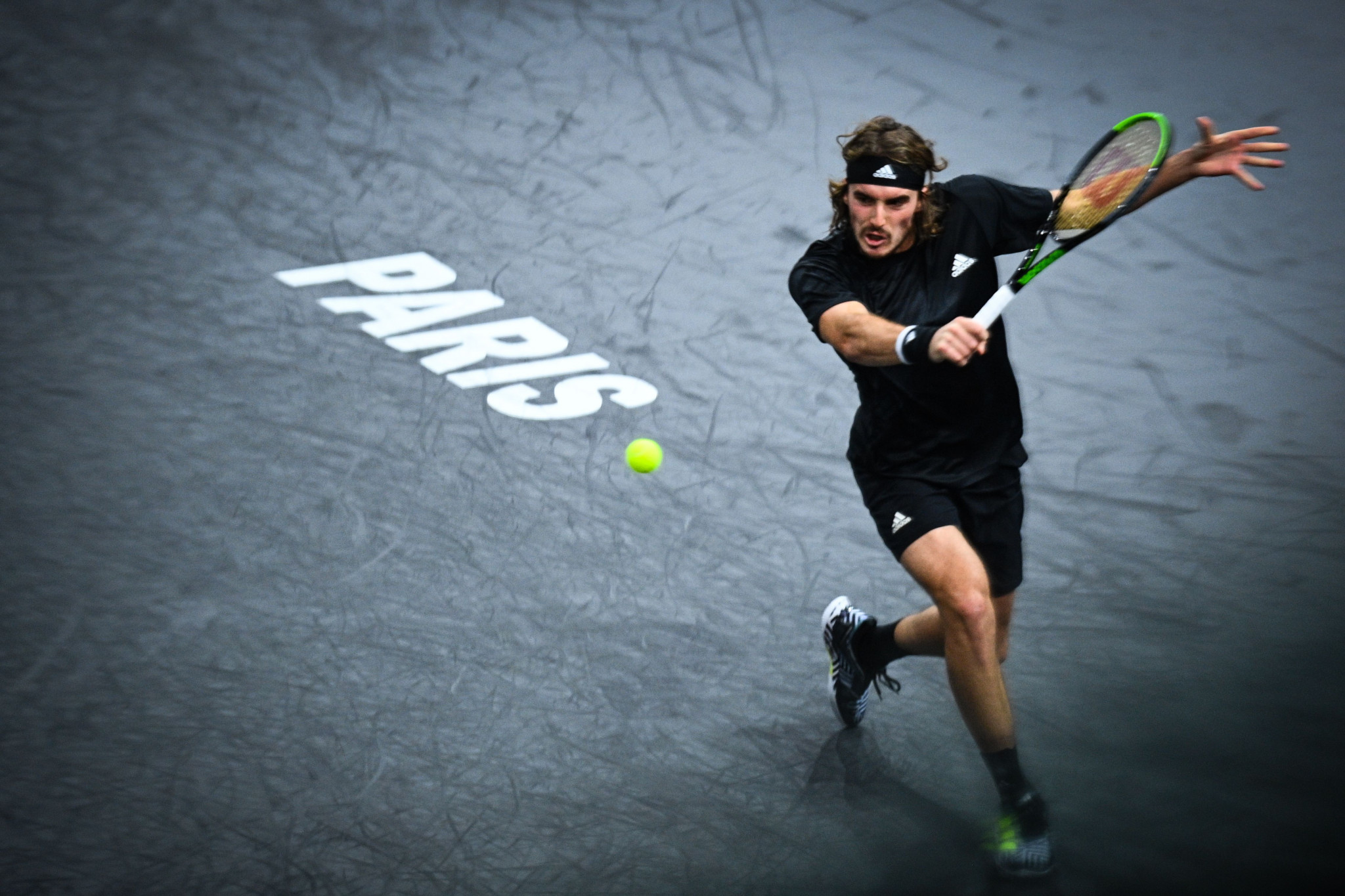 Second seed Stefanos Tsitsipas is out of the Paris Masters after a three-set defeat to in-form Frenchman Ugo Humbert, while another player has had to drop out with coronavirus.

Humbert, who won the European Open in Antwerp less than 10 days ago, edged a tight match where all three sets were decided by a tiebreak.

The Greek Tsitsipas received a bye into the round of 32, so has now lost two of the three matches he has played since losing in the semi-finals of the French Open.

Croatia's Marin Čilić, who at 32 is a decade older than Humbert and a previous US Open champion, awaits the French player in round three.

Čilić advanced to the third round via walkover after France's Corentin Moutet tested positive for COVID-19, forcing his withdrawal from the Association of Tennis Professionals (ATP) Masters 1000 tournament.

US semi-finalist Pablo Carreño Busta swept aside Germany's Jan-Lennard Struff 7-6 (7-3), 6-2, keeping his bid to qualify for the end-of-season ATP Finals in London alive.

Some first-round matches were also played in the French capital, with Stan Wawrinka - a three-time Grand Slam winner and Olympic doubles champion at Beijing 2008 - among those in action.

Rafael Nadal - the top seed and a record 20-time Grand Slam winner - is among those in action tomorrow, up against fellow Spaniard Feliciano López.