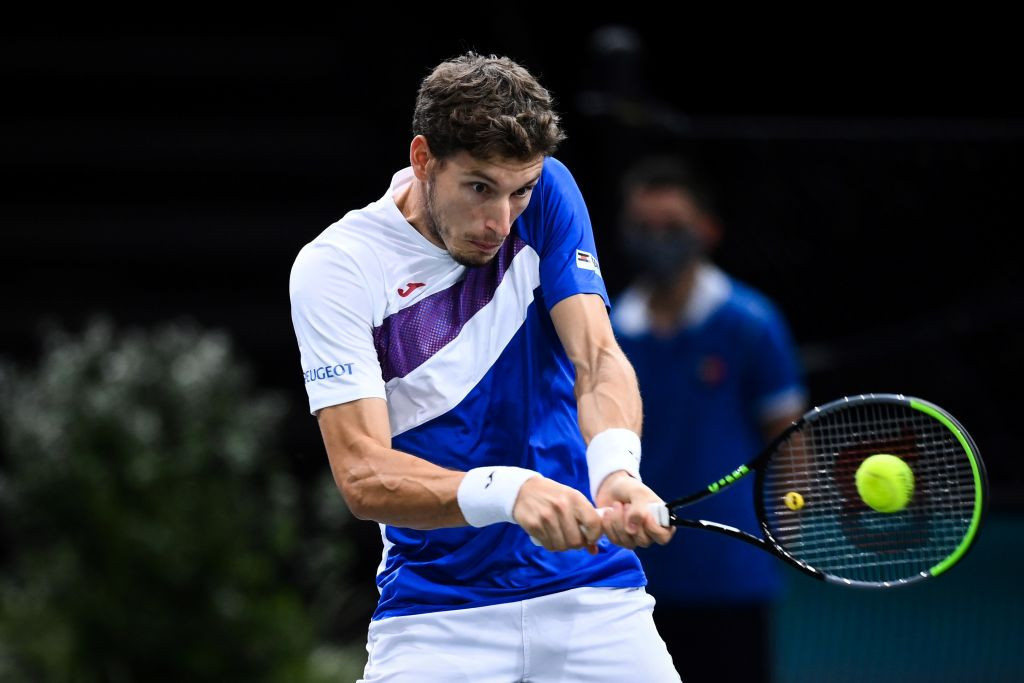 US Open semi-finalist Pablo Carreño Busta of Spain swept aside Hugo Gaston of France to book his place in the second round of the Paris Masters.

Carreño Busta, the ninth seed at the Association of Tennis Professionals (ATP) Masters 1000 tournament, won 6-3, 6-2 at the AccorHotels Arena.

The Spaniard made light work of a player who enjoyed a surprise run to the fourth round of the French Open last month as he set up a meeting with Germany's Jan-Lennard Struff.

Struff reached round two with a 6-4, 6-2 victory over Georgia's Nikoloz Basilashvili.

"It was a crazy match,” López said.

"I had a very tough start, losing my serve with three double faults.

"I managed somehow to come back and go into the breaker – and then it was over.

"I was 5-0 down and a lot of things just happened.

"I was a little bit lucky, I have to say.

"I think it was very tough for him to handle after losing that set when he was only one point away a few times to win it."

Croatia's Marin Čilić, the 2014 US Open champion, is also through after he overcame Canadian youngster and 14th seed Felix Auger-Aliassime 6-0, 3-6, 6-3.

The ATP confirmed today that British doubles player Joe Salisbury had been forced to withdraw from the event after coming into "sustained close contact" with someone who has tested positive for COVID-19.

Salisbury, who is self-isolating, and American Rajeev Ram - the world's leading doubles team who won the Australian Open title earlier this year - have been replaced in the draw.

The tournament in the French capital is due to continue tomorrow.