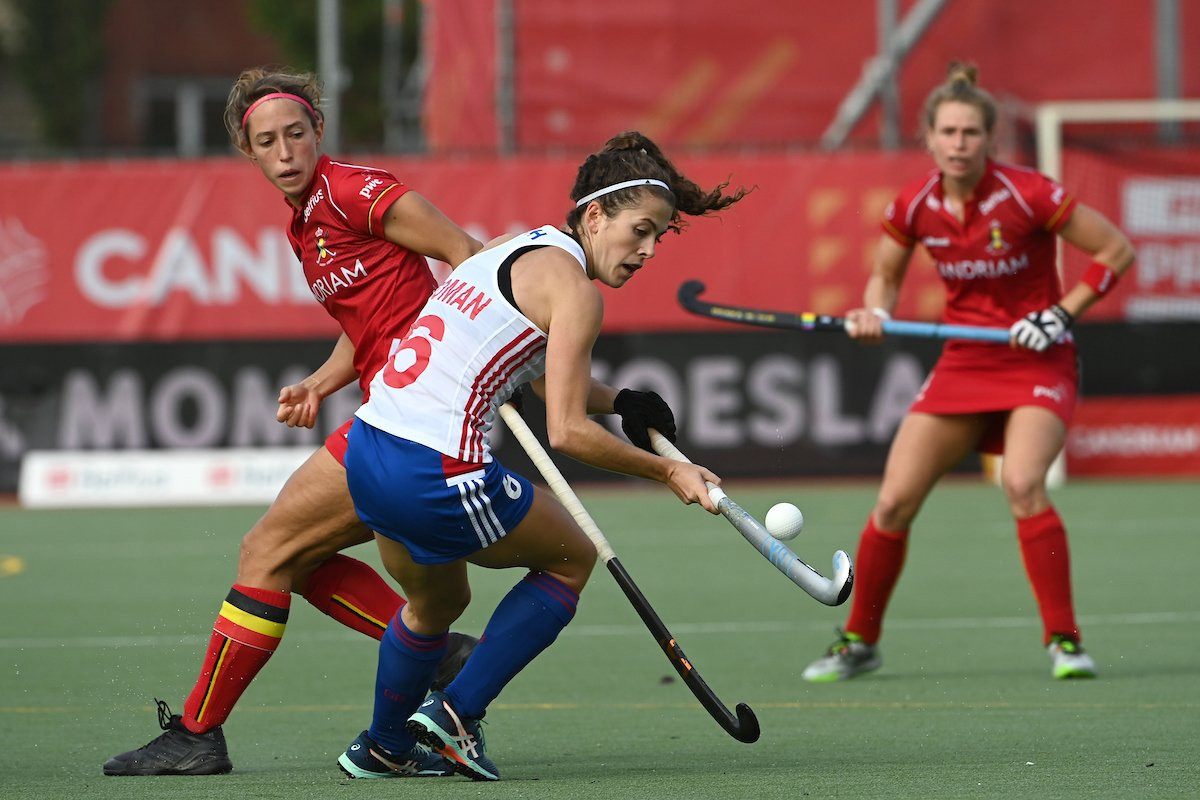 Belgium and Britain beat each other for the second consecutive day in the International Hockey Federation Pro League in Brussels.

The visitors earned a 2-1 victory in the women's match, before Belgium won the men's game by the same scoreline at Royal Uccle Sport.

Olympic champions Britain, who won yesterday's women's encounter in a shootout, went ahead towards the end of the first quarter thanks to a well-taken goal from Lily Owsley.

Belgium hit back within seconds of the restart when Barbara Nelen rounded off a flowing move from the home side.

Victory for Britain moves them above Australia into fourth in the FIH Pro League women's table, while Belgium are sixth.

The hosts fared better in the men's match as they claimed their second win over Britain in as many days.

Belgium, the reigning world and European champions, fell behind when David Condon put Britain ahead.

It was to be a fleeting moment of joy for the away team as Belgium turned the game on its head in the second quarter.

Belgium largely controlled the third and fourth quarters but survived a scare when Rupert Shipperley missed from close range late on.

The FIH Pro League continues with men's and women's matches between Belgium and the Netherlands in Brussels on Wednesday (November 4).