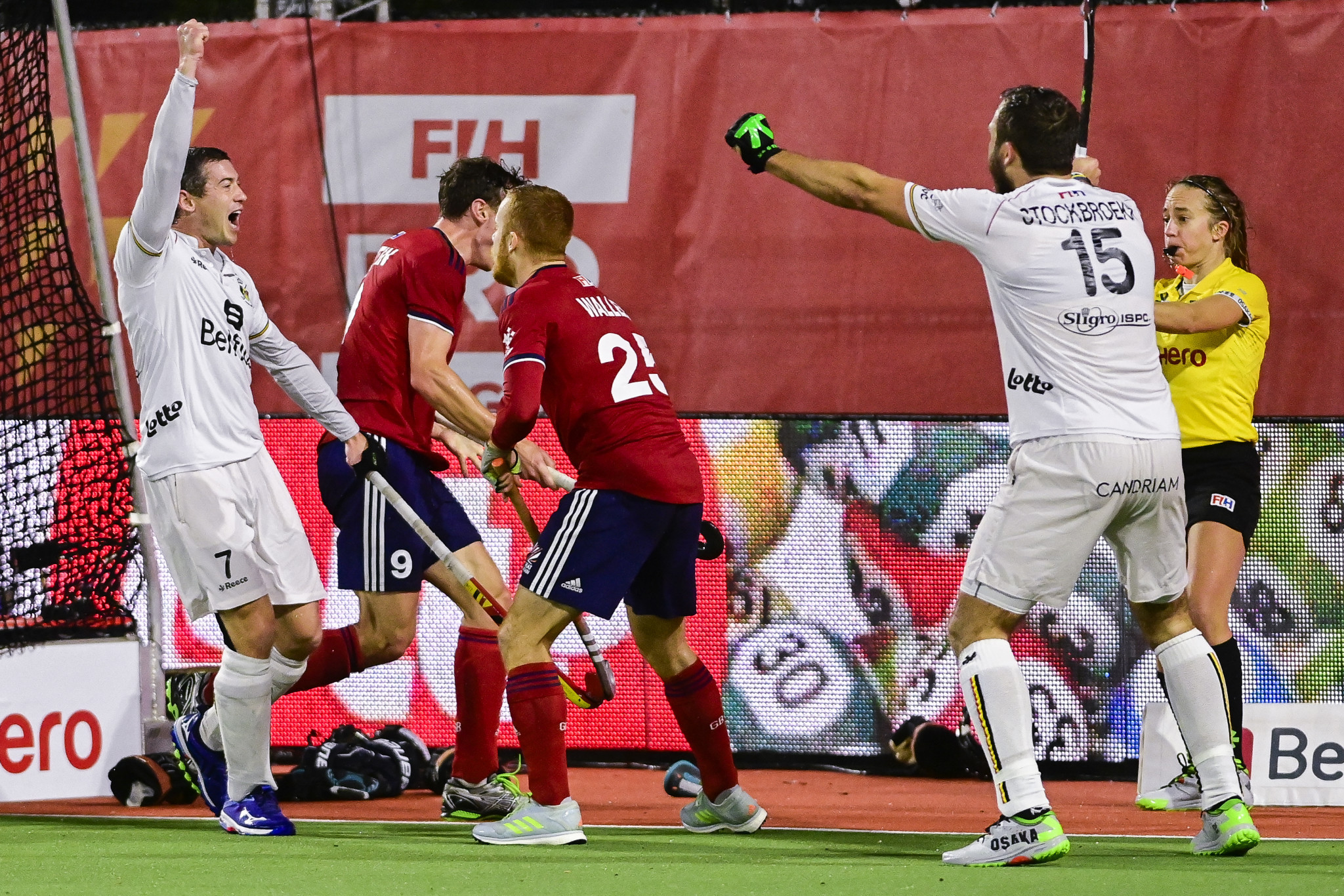 Belgium overcame Britain in their International Hockey Federation Pro League match in Brussels after the visitors beat the hosts in a shootout in the women's tie.

Sarah Jones gave Britain the lead in the women's game following a clever pass from Tessa Howard, which gave her a clear shot at goal after 11 minutes at Royal Uccle Sport.

The hosts withstood a spell of British pressure and responded in the second quarter.

Tiphaine Duquesne levelled the scores with a penalty stroke after a goalbound shot had struck the foot of a British player.

Neither side were able to break the deadlock in the final two quarters and a shootout was needed to decide who would earn the bonus point.

Britain won the shootout as Lily Owsley, Tessa Howard and Sarah Robertson all found the net.

Duquesne was the only Belgian to score as Stephanie Vanden Borre, Abi Raye and Louise Versavel missed.

The men’s match proved to be another close contest, with Belgium’s Alexander Hendrickx and Britain’s Phil Roper scoring from penalty corners in the 27th and 30th minute, respectively.

Britain levelled the scores for the second time when Jack Waller scored in the 42nd minute.

A second shootout of the day loomed until John-John Dohmen struck with two minutes remaining, forcing the ball into the net after Tom Boon’s effort hit the crossbar.

Belgium remain top of the men’s standings after earning 21 points from nine games.

Britain have five points from seven matches, but lie bottom of the standings.

Belgium and Britain are due to play again tomorrow.