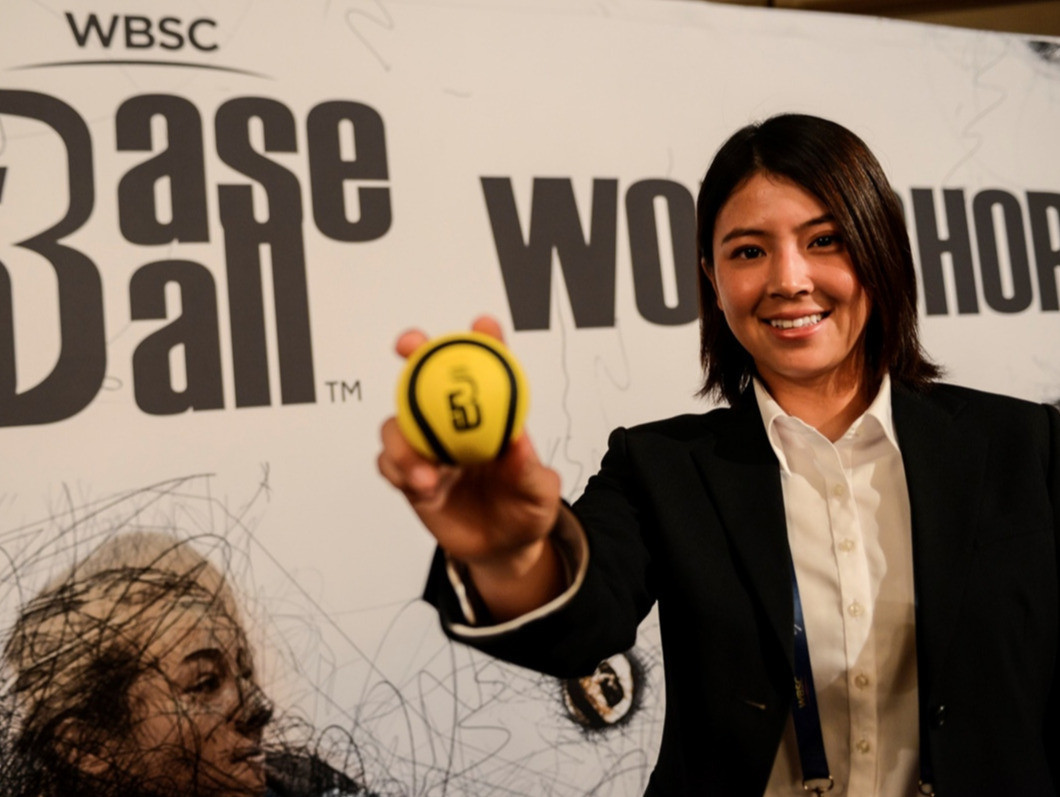 A former Women's Baseball World Cup winner for Japan, Ayako Rokkaku, has praised Baseball5 as a discipline that "can improve the image of the game", and now looks to develop the version of the traditional game in her home nation.

Having won four World Cups with the national team, Rokkaku is now a certified World Baseball Softball Confederation (WBSC) Baseball5 instructor and is now aiming to make the five-on-five Youth Olympic discipline grow, having been impressed by its tempo.

"The batter tosses a ball and slaps it with the hand.

"There are almost no missed attempts.

"Since the batter has to put the ball in play through a grounder, the game keeps moving.

"Playing it is really a lot of fun.

"I like the fact that fly balls are outs, the game is also very much entertaining for those who watch.

"All you need is a ball.

"It's like soccer, you don't need to make it official or have an umpire.

"Friends can get together anywhere and play, you don't need a dedicated venue.

"Everybody can play, even those who are not familiar with baseball or softball."

Rokkaku introduced the sport into the junior high school that she attended in the city of Hitachi and is now part of the school's physical education curriculum.

Now she hopes that the sport can change the perception of both baseball and softball in Japan.

"Baseball is Japan's national sport and has a history that dates back to the early twentieth century," added Rokkaku.

"It is also a game that is considered difficult to perform.

"Baseball5 is a mixed-gender urban discipline.

"It can help introduce young people to baseball and softball.

"If you get started with Baseball5 [at a young age] in school, it can be more likely that you become a baseball or softball player."

The WBSC first proposed Baseball5 in 2018 and it has since grown rapidly as a discipline.

Baseball5 is set to make its Youth Olympic Games debut in 2026, after the Games in Dakar in Senegal were postponed from 2022.