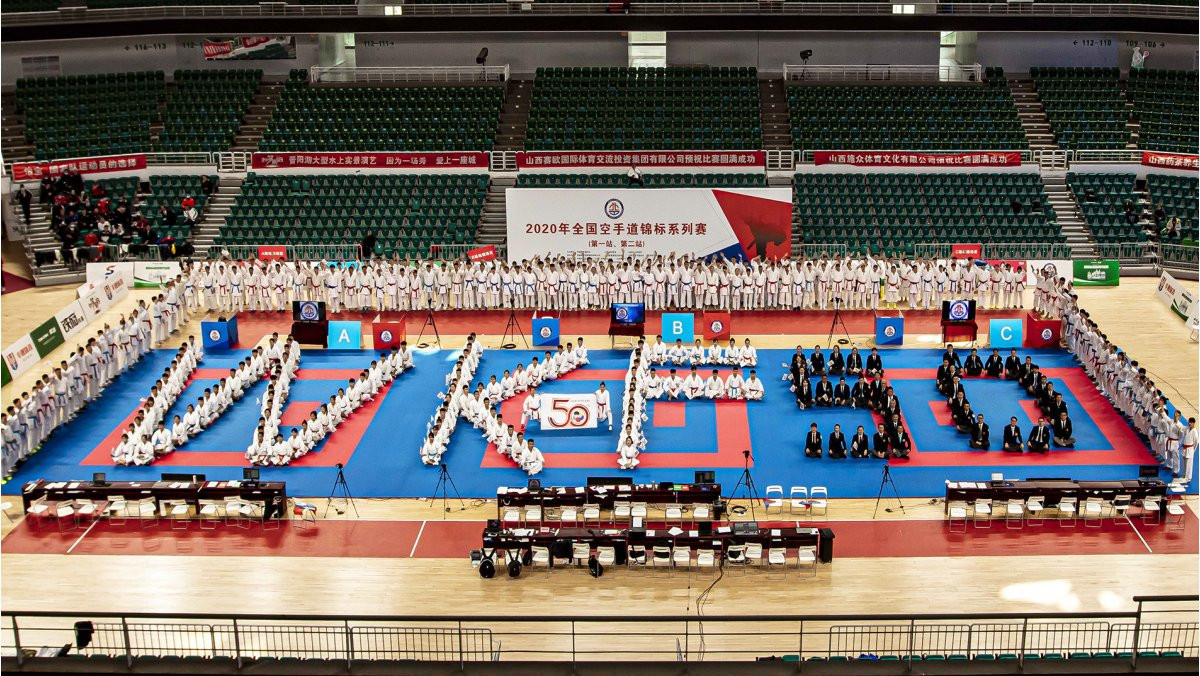 The World Karate Federation's (WKF) 50th anniversary has been celebrated at China's National Karate Championships, with nearly 600 athletes taking part in the event.

Karate has resumed in China in the wake of the COVID-19 pandemic, and the Chinese Karate Association has been able to hold its flagship National Championships as a result.

Competition was held in line with local COVID-19 countermeasures and WKF guidelines.

At the event, athletes, coaches and referees joined a celebration to mark 50 years since the formation of the WKF.

This included athletes and officials lining up to form a human banner which read "WKF 50".

The global governing body for karate was created on October 10 1970.

The WKF is organising several activities to commemorate the 50th anniversary of its foundation.

Karate was due to make its Olympic debut at Tokyo 2020 this year - a fitting time to do so, given the anniversary - but that must wait until 2021 after the Games were postponed.

"The Tokyo 2020 Olympic Games next year will be an even more significant occasion to highlight your 50th anniversary and to celebrate the power of sport at the home of karate in the historic Nippon Budokan," International Olympic Committee President Thomas Bach told the WKF earlier this month.