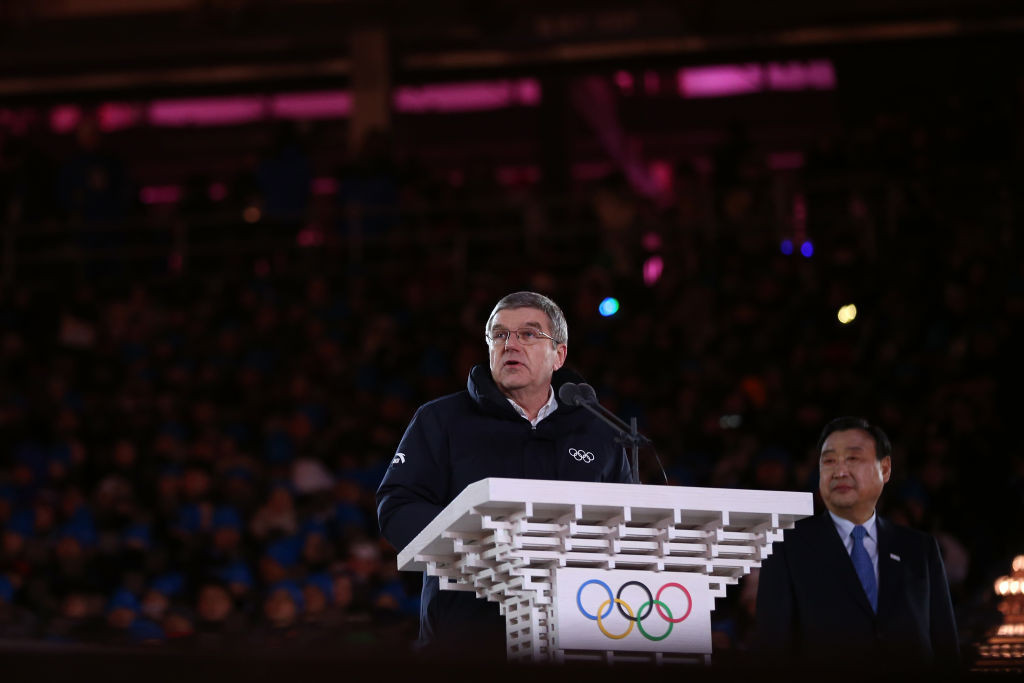 International Olympic Committee (IOC) President Thomas Bach is to receive the Seoul Peace Prize remotely after deciding against travelling to the South Korean capital to accept the award because of the coronavirus pandemic.

A spokesperson for the IOC confirmed Bach would not attend tomorrow's ceremony in person and would instead take part virtually.

Bach had been due to travel to Seoul to accept the prize, which he was awarded for his role in staging the 2018 Winter Olympic Games in Pyeongchang.

"Because of the deteriorating situation in Switzerland and Europe, which makes travelling even more difficult, the IOC President, together with the IOC and the Seoul Peace Prize Cultural Foundation, has decided that his participation in the award ceremony on Monday would be virtual," the IOC spokesperson said.

The visit to Seoul to accept the award - established in 1990 to commemorate the success of the 1988 Olympics in the South Korean capital of Seoul, celebrating the harmony and friendship of competition - was set to be Bach's longest trip since the COVID-19 pandemic hit.

Typically Bach is a frequent international traveller, but restrictions imposed across the world have forced him to conduct business remotely over the past seven months.

The IOC President is planning a trip to Tokyo next month to meet new Japanese Prime Minister Yoshihide Suga but no dates have been confirmed.

He has not been able to visit the Japanese capital to inspect preparations for the postponed Olympic and Paralympic Games since the coronavirus pandemic ground international travel to a halt, but World Athletics President Sebastian Coe went to Tokyo earlier this month.