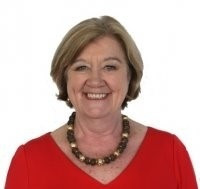 Sallie Barker was elected as the finance and governance director of World Lacrosse at its recent General Assembly.

The position on the Board of Directors had previously been called secretary general before the General Assembly formally approved the name change and appointed Barker.

According to World Lacrosse, Barker brings "more than 30 years of leadership experience in sport" to her new volunteer role.

She served as chair of the Organising Committee for the 2017 Women’s World Cup in Guildford in England.

At national level, Barker has held numerous volunteer positions with England Lacrosse, including serving on the Board of Directors since 2002.

Barker has been the chair of Great Britain Lacrosse for the past 12 years and served as a member of the transition committee which merged the two organisations governing women’s and men’s global lacrosse to form a single entity, known as the Federation of International Lacrosse, in 2008, which has since become World Lacrosse.

As finance and governance director, Barker is expected to chair the Finance, Audit and Governance Committees, as well as some others and working groups.

A statement from World Lacrosse added: "The position ensures that World Lacrosse demonstrates transparency, accountability and responsibility to its members and advises the Board on compliance issues with policies, procedures, constitution and bylaws."

The two-day General Assembly was held online due to the coronavirus pandemic and saw President Sue Redfern discuss the challenges facing the lacrosse community.

"Despite the uncertainty and unknown that has defined so much of 2020, we have never lost our faith in the power of sport to unite and uplift," Redfern said.

"We have never lost our belief that the day will come when gradually, safely, we can all return to the game we love."

The General Assembly also approved the creation of a new Board position, diversity and inclusion officer, and agreed to change the name of the indoor discipline of lacrosse to box lacrosse.