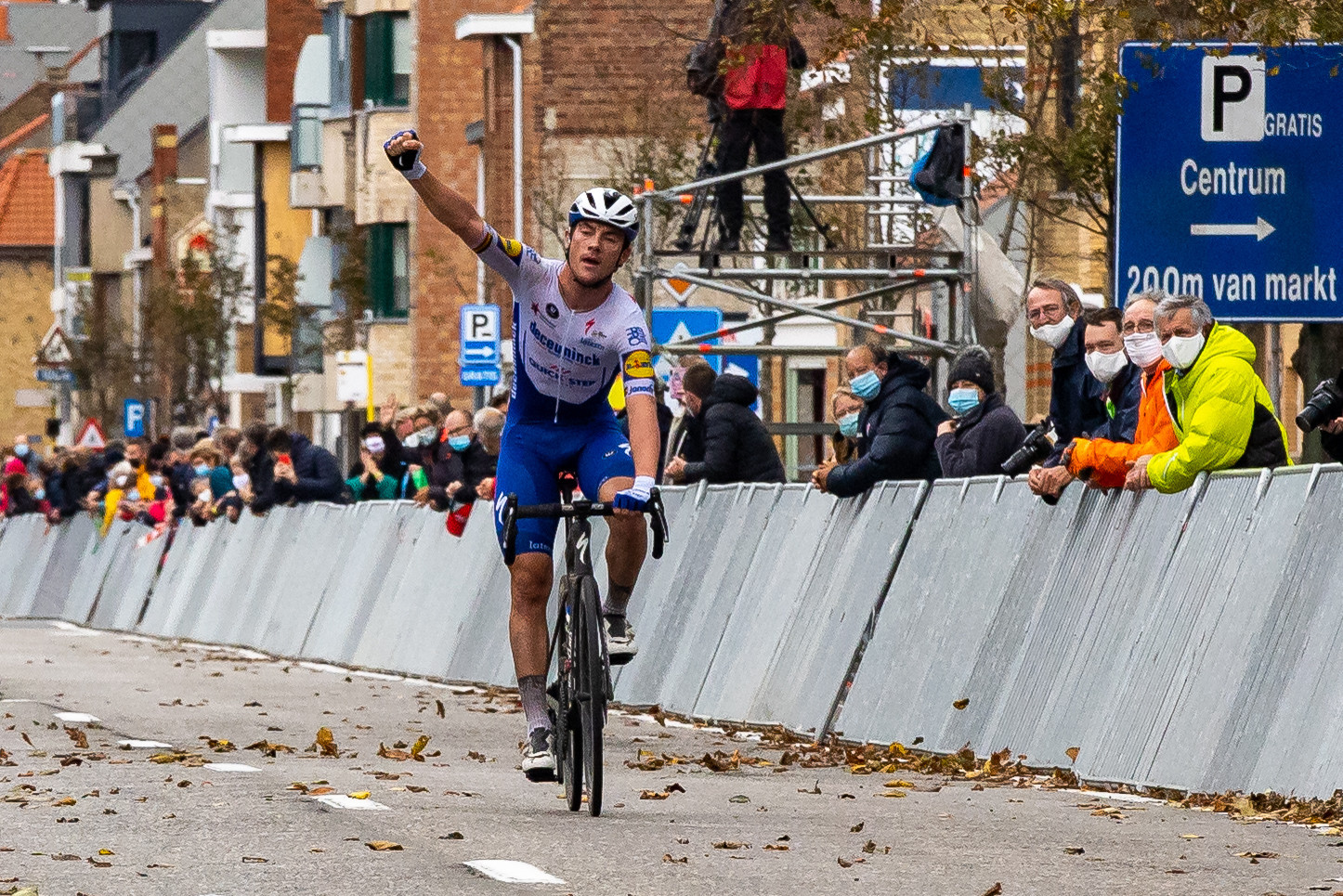 Van der Poel's 2020 season ended with 16 kilometres to go when he tried to move up on the sheltered side of the group, but was blown into a ditch and was unable to finish.

One of four Deceuninck-QuickStep riders in the front group of seven, Lampaert attacked into a headwind with 7km to go.

Once out on his own, Lampaert was able to hold on to that lead and claim victory by 21 seconds.

Behind him came another Belgian, his team mate Tim Declercq, who attacked in the final 1,000 metres to give Deceuninck-QuickStep a one-two finish.

Another Belgian, Tim Merlier of Alpecin-Fenix, was third, holding off Germany's John Degenkolb and Luxembourg's Jean-Pierre Drucker who completed the top five.

"With the echelons it was incredibly hard but a race I really liked," said the victorious Lampaert.

What a race today! Super happy with the victory of my buddy @yveslampaert and my own 2nd place after a great team performance from @deceuninck_qst As I don’t ride ride a final too often I got a bit excited and lost my @oakley glasses. RT please and I give a jersey to the finder!

"You had to stay focused all the time, any second something could happen.

"Look what happened to Mathieu, he crashed in the ditch - I hope he's fine.

"We had four riders in the eight and so we had the race fully under control and it’s great that Tim got second, too, he deserves that after the work he does for the team.

"We didn’t speak much but I said I was going to do something.

"I tried once and then finally went again on the big road and I got away.

"With the wind, I couldn't hear the radio, so I told the TV guys to give a time gap.

"The legs were screaming but I went flat out to the finish."

Lampaert is the first winner of the men's race since 2017.