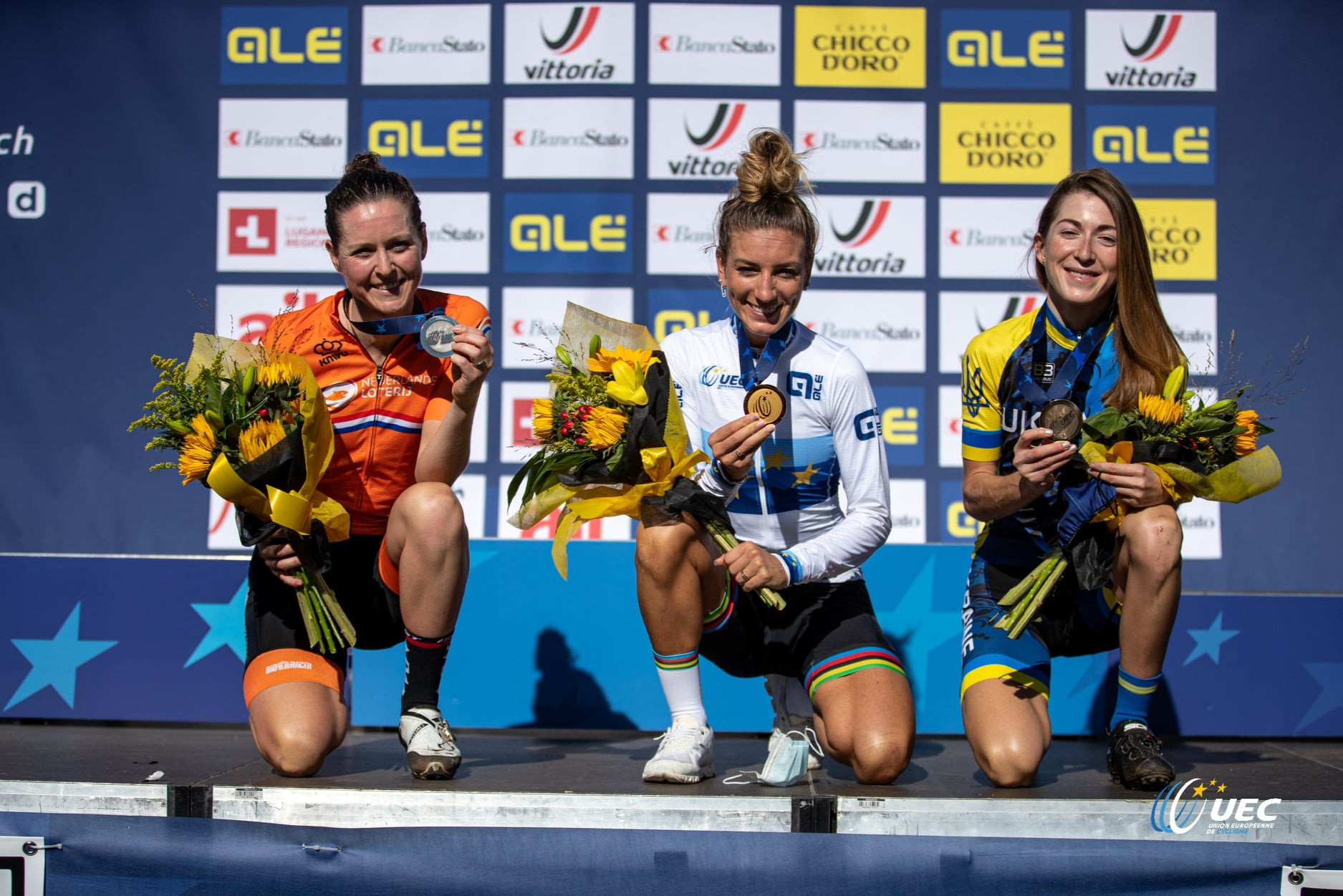 With a tally of three gold medal, three silvers and a bronze, France finished ahead of the Swiss hosts, who won two golds, four silvers and two bronzes.

Italy were third in the medals table, having won two golds, one silver and one bronze.

Current Olympic champion Nino Schurter of Switzerland was one of the stars of the competition and won the men's elite cross-country title, overtaking French rider Titouan Carod on the last lap, while another Swiss rider, Mathias Flueckiger, finished third.

The win marked a return to the top of the podium for Schurter, who earlier this month failed in his attempt to win a sixth consecutive world title in the discipline.

In the women's elite cross-country race, French rider Pauline Ferrand-Prévot added to her world title by leading from start to finish to claim the gold medal.

Other cross-country titles were won by Joel Roth from Switzerland in the men's under-23 race, Denmark's Oliver Vederso Solvhoj in the junior men's race, Austria's Mona Mitterwallner in the junior women's contest and France's Loana Lecomte in the under-23 women's race.

In the women's cross-country eliminator, Italy's Gaia Tormena took the victory ahead of Switzerland's Linda Indergand and Germany's Marion Fromberger.

France's Titouan Perrin-Ganier won his third European title in the men's equivalent, with the world champion defeating The Netherlands' Jeroen van Eck and fellow Frenchman Hugo Briatta, who was the defending champion from 2019.

A total of 350 riders from 24 countries competed over the four days of the European Championships.