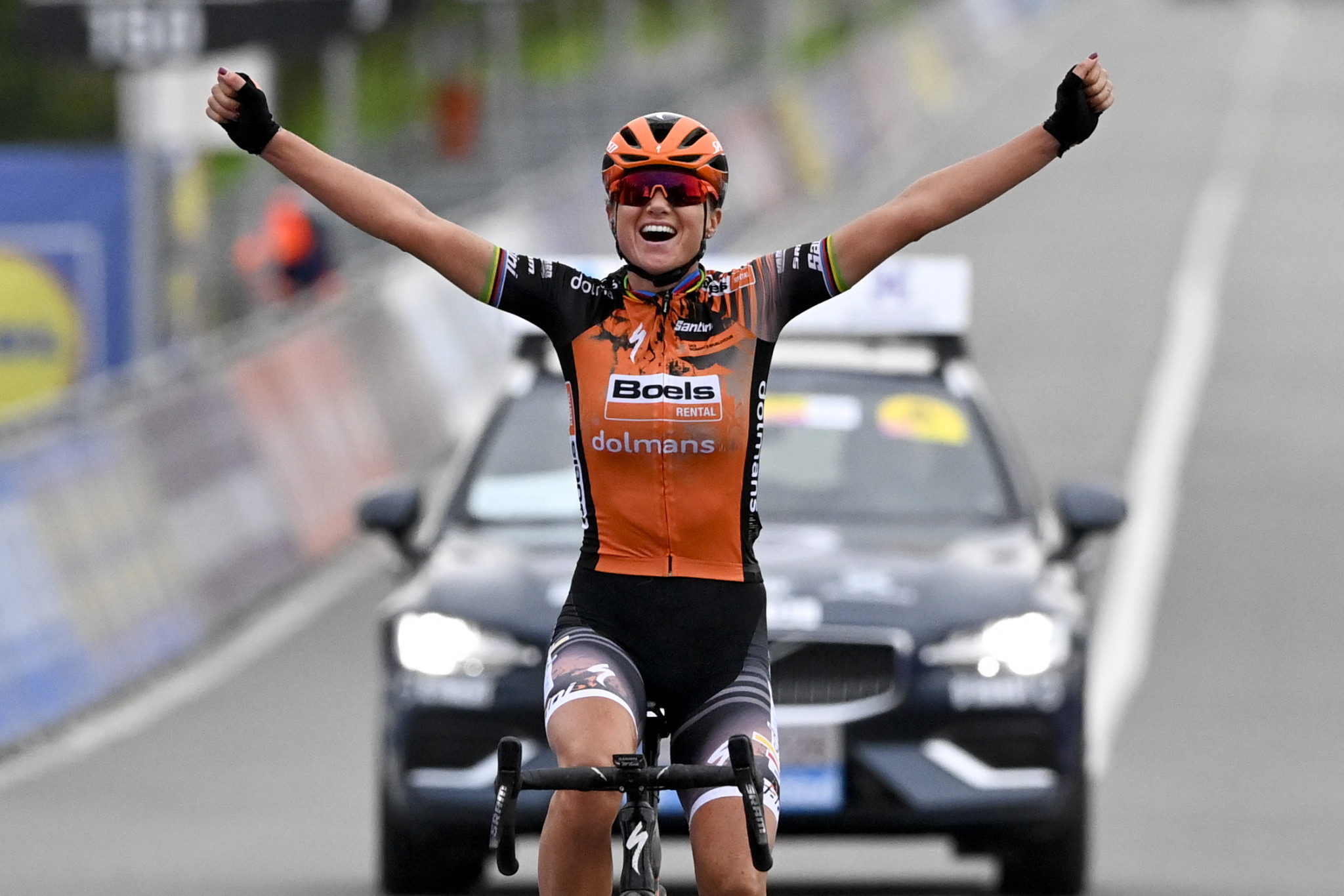 Tour of Flanders winners Chantal Van Den Broek-Blaak and Mathieu Van Der Poel are set to line up for the women's and men's races of the Three Days of De Panne.

Despite its name, the Three Days of De Panne actually consists of two one-day races held over two days, with the women racing tomorrow followed by the men on Wednesday (October 21).

The race is traditionally held on a flat course and both editions of the women's race so far have ended in bunch sprints.

It is still unclear at this stage whether defending women's champion Kirsten Wild of The Netherlands will defend her crown, following a recent positive test for coronavirus.

Her Dutch compatriot Van Den Broek-Blaak is confirmed on the start list less than 48 hours after her Tour of Flanders win.

Winner of the inaugural women's race at the Three Days of De Panne Jolien D'Hoore of Belgium is lining up for another crack at the title along with Belgian national champion Lotte Kopecky of Lotto Soudal and Dutch rider Lorena Wiebes of Team Sunweb who was second in the 2019 edition.

Other contenders in the field are likely to be Italy's Elisa Longo Borghini of Trek Segafredo, Britain's Lizzie Banks of Équipe Paule Ka and Germany’s Lisa Brennauer of Ceratizit-WNT Pro Cycling.

In the men's race, taking place 24 hours after the women's equivalent, Tour of Flanders win Van Der Poel is also set to be among the line-up.

The Alpecin-Fenix rider and defending Dutch national champion is the headline name in the field but will face fierce competition from a host of talented sprinters.

Australian Caleb Ewan of Lotto Soudal, Norwegian Alexander Kristoff of Team UAE-Emirates and Italy’s Matteo Trentin of Team CCC will be among those fancying their chances of success.

Others to watch at what will be the final men's one-day race on this year's International Cycling Union WorldTour calendar following the cancellation of Paris-Roubaix, will be Sonny Colbrelli of Bahrain-McLaren, Germany's John Degenkolb of Trek-Segafredo and his teammate 2019 UCI world champion Mads Pedersen of Denmark.

This year's edition of the Three Days of De Panne was originally due to take place in March but was rescheduled as a result of the disruption caused by the coronavirus pandemic.

The races will take place on a busy few days for elite road cycling, which also sees racing in two Grand Tours.

The Vuelta Espana begins tomorrow, while the Giro D'Italia gets its final block of stages underway following its second rest day.