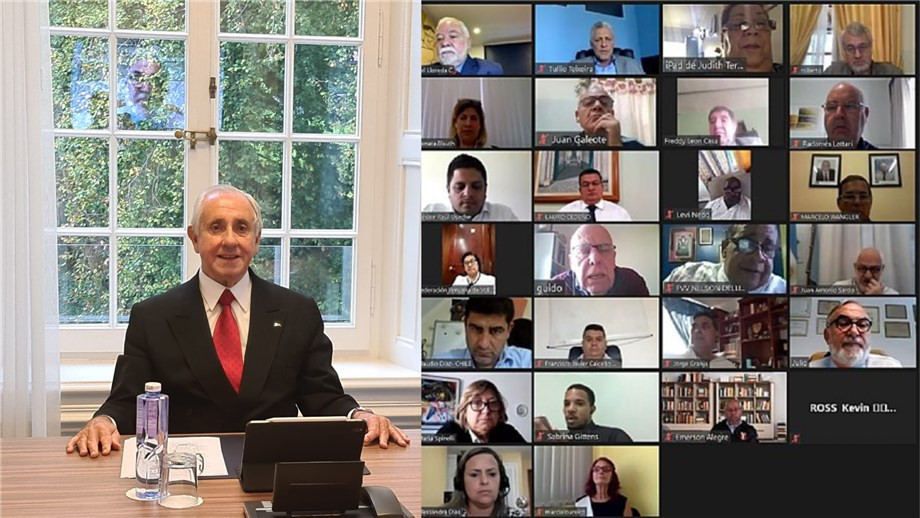 The President of the South American Volleyball Confederation (CSV) Rafael Lloreda was unanimously re-elected for another term in his position during the governing body's first virtual Ordinary and Extraordinary General Assembly.

All 12 National Federations backed the incumbent CSV chief who will now serve a third four-year term after originally taking the role in 2012.

"In the last four years, we have held 22 tournaments in six different countries," the Colombian said.

"In these 22 tournaments there were more than 350 games.

"Over half of our National Federations sent teams to participate in these South American tournaments, and our desire is to have an average of eight teams in each tournament.

"As for beach volleyball, there were 13 tournaments in five countries (Argentina, Brazil, Chile, Peru and Uruguay).

"During the tournaments, more than 730 matches were played, which is important data for the technical and tactical evolution of our athletes."

Brazil's International Volleyball Federation (FIVB) President Ary S. Graça delivered a speech at the General Assembly and started by reiterating his support for the CSV, which has recently benefited from a number of development projects in the region.

South American players were also supported by the FIVB Athletes' Relief Support fund, set-up due to the financial impact that the COVID-19 pandemic has had on athletes.

"We must all work together as a strong family for the benefit of volleyball in South America," stated Graça at the end of his speech.

Graça was the CSV President until 2012, when he was replaced by Lloreda after taking on the FIVB position.

The CSV General Assembly also saw the re-election of five members of the Executive Committee.

Vice-presidents Marco Tullio Teixeira from Brazil, Judith Rodriguez from Venezuela, Roberto Escobar from Paraguay and Juan Antonio Gutierrez from Argentina were all returned, as well as secretary general Renata Blauth.

Escobar, Teixeira and Gutierrez were also nominated to represent the CSV on the FIVB Board of Administration, which will be elected at the FIVB's World Congress in 2021.