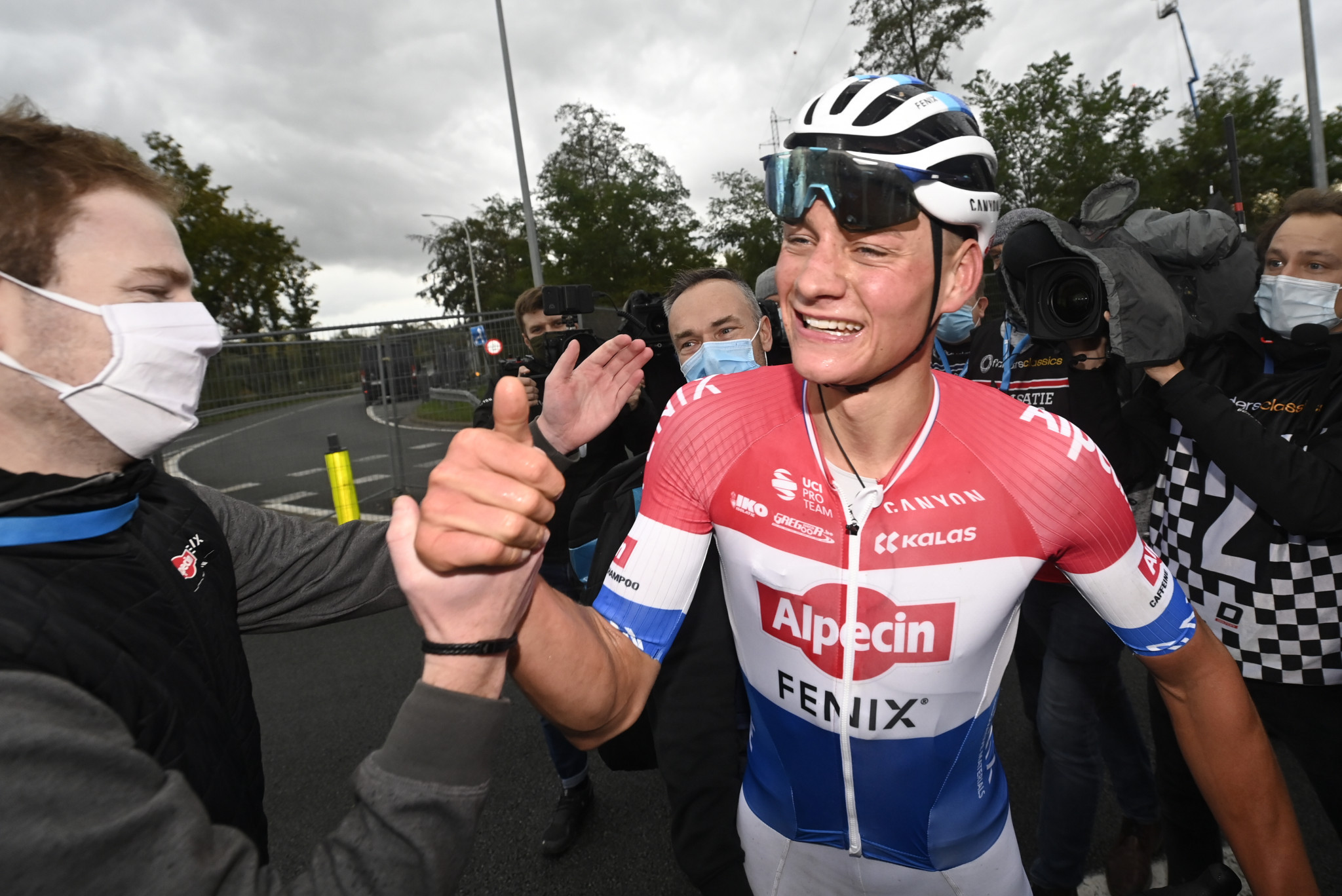 The Netherlands' Mathieu van der Poel and Chantal van den Broek-Blaak were crowned champions at the 2020 Tour of Flanders, with the one-day race finishing in Oudenaarde in Belgium.

Alpecin-Fenix rider Van der Poel managed to take the win in the men's race ahead of the home favourite Wout van Aert, as he edged out the Team Jumbo-Visma rider.

On the 244 kilometre course from Antwerp to Oudenaarde, Van der Poel and Van Aert were with Alaphilippe in a three-man break before the Frenchman crashed after clipping a race organisation motorbike with 35km to go.

"The world champion is on the deck!"

Julian Alaphilippe collides with a motorcycle, flips over and his race is over! 💥

The Dutch rider pipped his long-time rival in a photo finish to win the 2020 title, but could not quite believe it until he saw it.

"I have no words for this, I am speechless," said Van der Poel.

"I wasn't sure - normally I always feel [who won], but I was so broken in the sprint.

"All of a sudden the measure was there and I had to jump - I looked at Wout's wheel, but neither of us knew.

"I was looking behind me at Wout, not at the chasers - I knew that the later the sprint was started the more it became to my advantage.

"The fact that Wout started late was a sign that he too was tired to death.

"I caught him perfectly, but he came halfway next to me.

"I feared I was too late with my jump, I didn't dare cheer.

"They told me twice that I had won, but I asked for confirmation ten times, this makes up for so much."

Van der Poel follows the same route as his father Adrie, who won the race in 1986.

In the women's race, Chantal van den Broek-Blaak of Boels Dolmans pushed on with 19km to go to win ahead of her teammate and compatriot Amy Pieters.

Making a solo effort on the Oude Kwaremont, she took on the final stages of the 136km course - which started and ended in Oudenaarde - and was able to hold off the chasing group.

Pieters would finish second in a sprint ahead of Lotto Soudal's Lotte Kopecky of Belgium.

"I feel very happy, I was waiting the whole season for this movement and I have thought about this race for a long time and now I finally have it," said Van den Broek-Blaak.