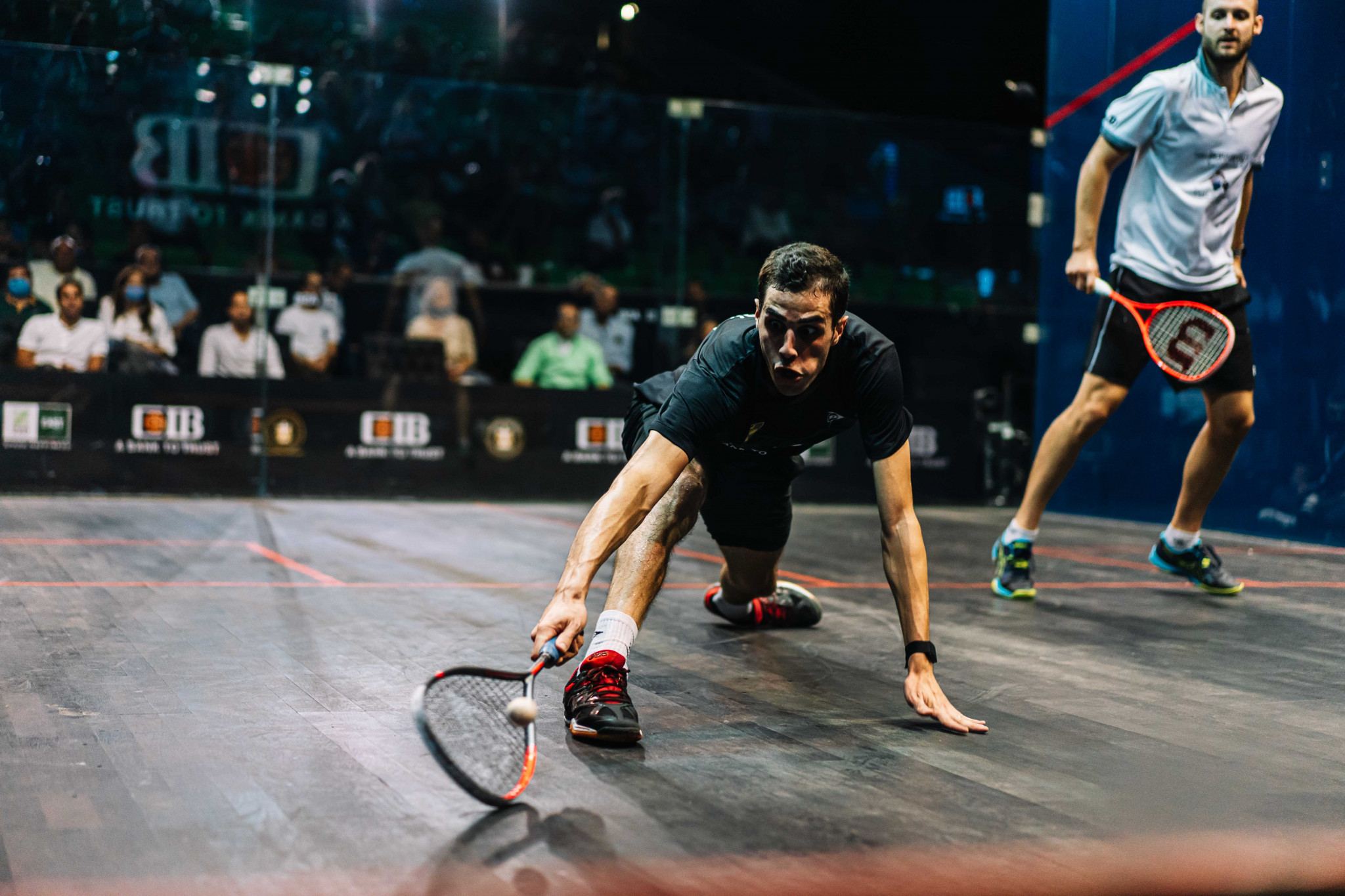 The top seeds in the men's and women's singles both enjoyed comfortable wins on the first day of quarter-final action at the Professional Squash Association (PSA) Egyptian Open in Cairo.

All four matches contested in the top half of the two draws were won by Egyptian players on a good day for the home nation at the PSA Platinum event at the New Giza Sporting Club.

Men's top seed Ali Farag completed a clean sweep for host players just before midnight local time when he triumphed on the Glass Court in front of the Great Pyramid of Giza, also in straight games, against France's Gregory Gaultier 11-5 11-8 11-9.

The day's other matches were much tighter affairs with the second women's quarter-final played on day four seeing sixth seed Hania El Hammamy coming from behind to beat France's Camille Serme, the third seed, 9-11 17-15 11-6 8-11 11-8.

The other men's quarter-final played today saw something of an upset as fourth seed Paul Coll of New Zealand was knocked out by Egyptian Mostafa Asal in another match that went the distance.

The remaining quarter-finals are scheduled to be played tomorrow, in the bottom half of the two draws, and with six out of the eight players involved being Egyptian, there is the possibility of another clean sweep for the host nation.