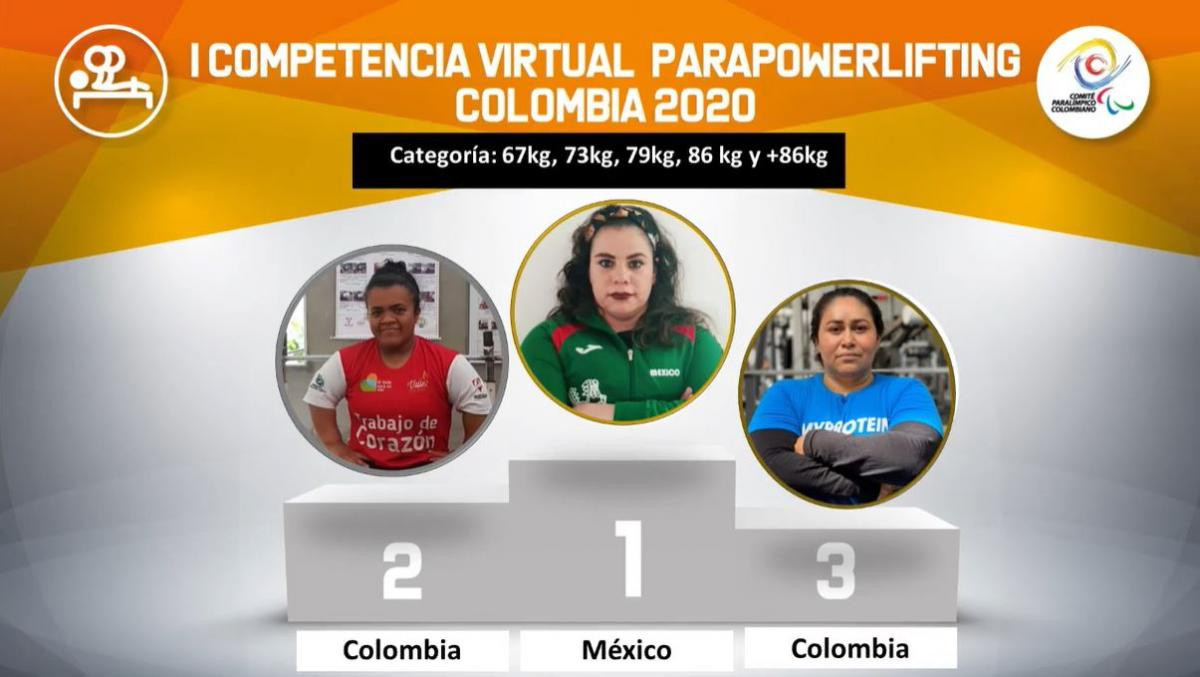 Three-time Paralympic champion Amalia Perez was among the 73 athletes who took part in a virtual Para powerlifting competition organised by the National Paralympic Committee (NPC) of Colombia.

The competition was held earlier this month and involved lifters from eight countries in the Americas region.

The Mexican star finished ahead of Colombia’s Aura Cristina Poblador in second and Mexico’s Laura Cerero in third.

Herbert Aceituno of El Salvador, the Lima 2019 Parapan American Games champion, was among the other winners.

Aceituno won the 49kg, up to 54kg and up to 59kg division, while Brazil’s Bruno Carra and Colombia’s Omar Garcia came second and third respectively.

"It was great to see so many athletes competing with the same passion they show in regular competitions," said event organiser Angie Canaria.

"I would like to thank NPC Colombia, the officials, all participant NPCs and the fans who were connected with us.

"We hope to meet you again soon through our sport."