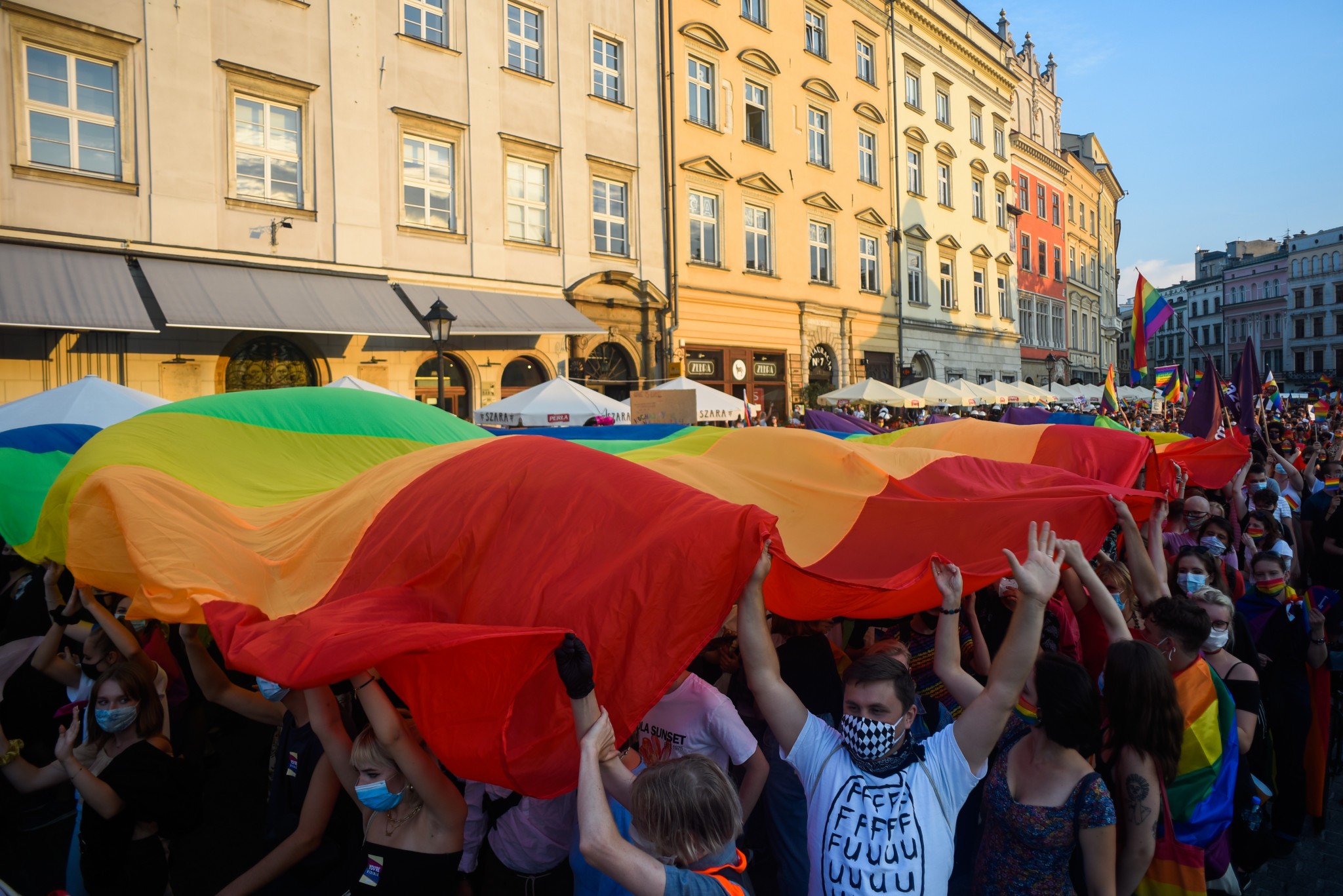 European Olympic Committees (EOC) has claimed the rights of participants at the Krakow-Małopolska 2023 European Games will be respected and it will endure there is "no discrimination of any kind", amid criticism from European lawmakers over the Małopolska region’s declaration that it is an "LGBT-free zone".

Malopolska is one of 100 areas in Poland that declared themselves free of lesbian, gay, bisexual, transgender and intersex (LGBTI) ideology.

The European Parliament last year voted 463 to 107 in favour of condemning the zones in Poland, which at the time were adopted by 80 Polish municipal or local Governments.

Attention has been turned to the European Games, due to the Małopolska region declaring itself one of the zones.

Flemish sports minister Ben Weyts criticised the EOC for awarding the Games to Kraków-Małopolska, arguing the declarations are against the Olympic Charter.

According to the Brussels Times, Weyts was responding to a question from politician Annick Lambrecht.

"We are pleased that Minister Weyts acknowledges that for him the attitude of the region goes against the Olympic idea," Lambrecht said, according to the Brussels Times.

"We hope that he will raise this with the Belgian Olympic Committee and that he will bring the Flemish sports world together, so that the sports federations give a clear signal regarding this problem.

"We expect they will no longer support international sporting events in anti-gay and transphobic regions or countries."

When contacted by insidethegames regarding the assurances the EOC is seeking and whether the LGBT athletes may feel unsafe unsafe at the Games, the organisation said its role was to ensure the Olympic Charter is "respected and there is no discrimination of any kind".

"The EOC has sought assurances from the organisers of Kraków-Małopolska and the highest levels of government that the fundamental principles of the Olympic Charter will be fully respected for all participants of the European Games," an EOC spokesperson told insidethegames.

"Our intention is to host a European Games in 2023 that unites the entire continent in a common celebration of sport and the values of Olympism.

"As a member of the Olympic Movement, the EOC complies with the fundamental principles of the Olympic Charter, which state: 'The enjoyment of the rights and freedoms set forth in this Olympic Charter shall be secured without discrimination of any kind, such as race, colour, sex, sexual orientation, language, religion, political or other opinion, national or social origin, property, birth or other status.'

"As a sport organisation our role is to ensure that our sports events take place in a context where the Olympic Charter is respected and there is no discrimination of any kind.

“As such, a provision on adherence to fundamental human rights and anti-discrimination will be included in the Host City Contract."

Minsk’s hosting of the European Games faces further criticism, amid a crackdown by Belarus’ President Alexander Lukashenko’s regime on protesters since his disputed re-election on August 9.

A group of Belarusian athletes, including Olympic medallists, have alleged "many athletes have been tortured, beaten and arrested" for speaking out and demonstrating against Lukashenko.