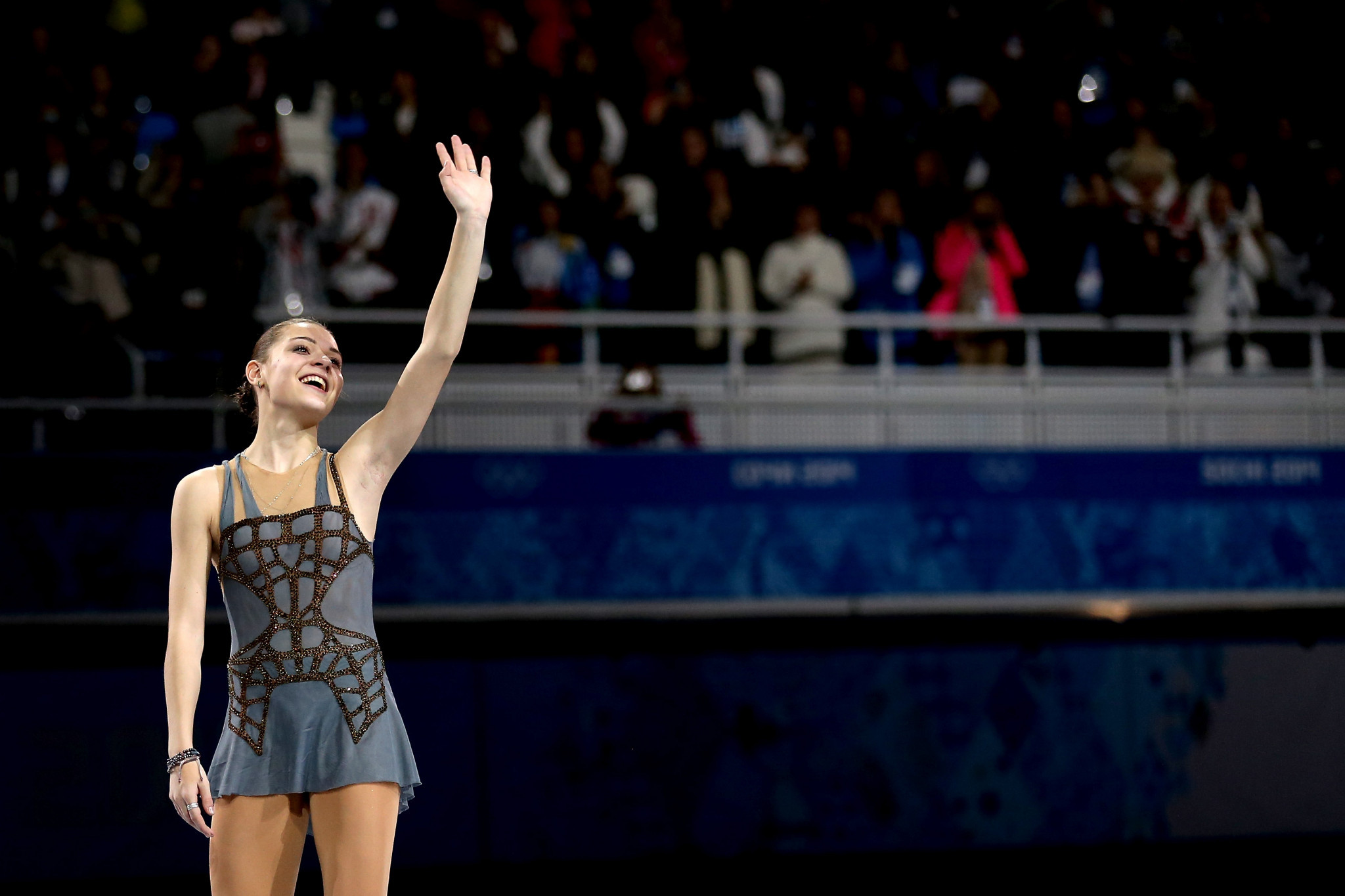 Sotnikova won the women’s figure skating title at her home Winter Olympics in 2014.

Sotnikova, who retired from the sport earlier this year, was also presented with a sign and plague from the FFKKR.

The recognition came at the launch of a new figure skating school led by Sotnikova, where she will seek to guide the next generation of skaters.

"I am sure it will be a successful project, an important stage in Adelina’s life," Kogan told TASS.

"I’m sure she will be able to organise an excellent school and pass on her knowledge to young skaters.

"Recently, the Executive Committee of the federation established an honorary badge called 'For Outstanding Sports Achievements in Figure Skating'.

"I present the badge number one to our outstanding Olympic champion."

Sotnikova’s figure skating school was presented at the Morozovo skating rink in Moscow.

The 24-year-old said she wanted to create a new path by launching her school.

"We just started, just a week and a half ago, no one gave me any advice, it was a surprise for everyone," she said, according to TASS.

"I announced the opening of my school on August 8, everyone was shocked, I didn’t consult with anyone.

"There was my team, and with her we went a long way to create a brand, we wanted the school to have not only the name 'School of the Olympic Champion', but also to be a little home for children, so that they would come and enjoy that they can train, that there are coaches here to support."

Her victory in Sochi led to some questions over scoring and judging, as many felt that South Korea's Kim Yuna, the Vancouver 2010 champion, should have been awarded the gold.

In 2017, Sotnikova was cleared of a doping charge by the International Olympic Committee, which was investigating Russian sample swapping at Sochi 2014.

She was named in an evidence disclosure package published with the World Anti-Doping Agency-commissioned McLaren Report, as one athlete where scratches indicative of tampering were found on test tubes.

Former Moscow laboratory director-turned-whistleblower Grigory Rodchenkov, the main witness in the McLaren Report, said she was not part of the programme.

The crisis forced Russia to compete under a neutral flag at the Pyeongchang 2018 Winter Olympics in South Korea.