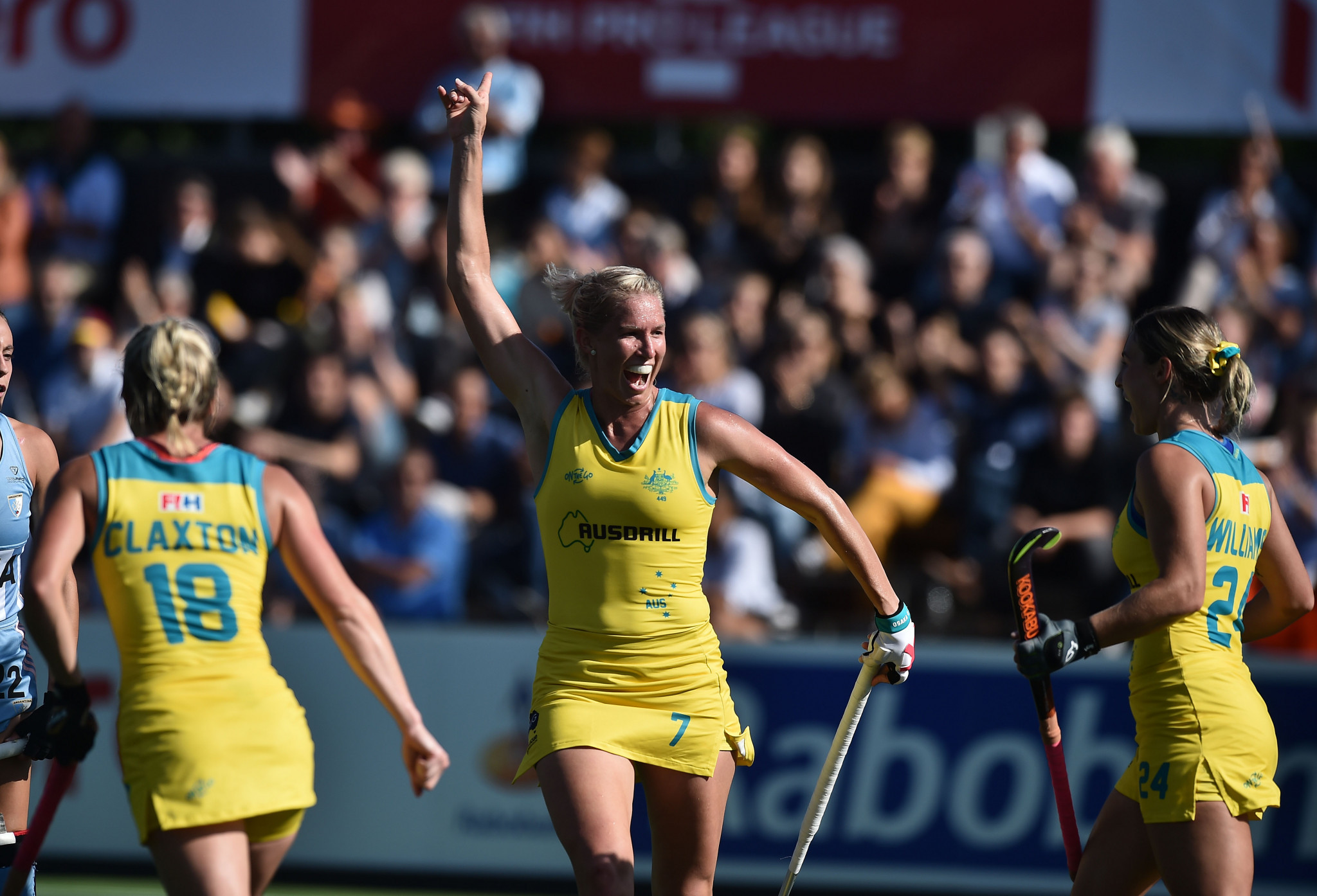 Australia's women's hockey co-captain Jodie Kenny admitted she struggled to get to grips with the "disappointment" of Tokyo 2020's postponement after ending her Olympic "dream" by calling time on her international career.

Kenny wanted the Games to be her swansong as she aimed to win her first Olympic medal at the third attempt.

But she was then forced to reconsider her retirement plans when the Olympics were postponed until 2021 due to the COVID-19 pandemic.

Speaking in May, Kenny said she was still hoping to lead her nation in the Japanese capital.

But after months of deliberation, the 33-year-old has decided to retire from international hockey.

"Missing the Olympics is a huge disappointment," Kenny said.

"That is probably what took me six months to make this decision.

"I had to get over that disappointment and get to the point where I could actually see what I have achieved.

"Going to an Olympics and winning a medal would have been the pinnacle and has been my dream the whole time [only] for that to be taken away in such random circumstances.

"It has been such a crazy, emotional year.

"I'm just trying to take all of the positives out of it.

“On and off the field a brilliant leader among the group. She will be missed.”

Watch a host of heartfelt tributes congratulating @JodieKenny7 on her amazing contribution to the Hockeyroos. #JK7 pic.twitter.com/9mjlwHNiYf

"I really wanted to get to Tokyo and I tried physically and emotionally to get myself into the head space to continue.

"But the Olympics is still a long way away and it's not just any lead up, it's an Olympic campaign and it's extremely intense.

"You don't know until you've been through one what it actually takes and you've got to be one hundred per cent in it and I couldn't give that anymore."

Kenny is eighth on the Hockeyroos' all-time list for matches played having racked up 235 appearances.

She also scored 111 goals for her country.

After becoming a mother in 2017, Kenny has spent the past three years residing in her hometown of Brisbane away from the Hockeyroos' base in Perth.

Kenny said the Hockeyroos had become a "huge part" of her life but felt it was the right time to move on and focus on her family.

"Making this decision to retire was a mix of everything," said Kenny.

"Emotions, motivation and uncertainty around what next year will look like with COVID and the extra commitments around travel and quarantine periods.

"My heart was still wanting to go on and play but my head just wasn't anymore.

Congratulations 2x Olympian @JodieKenny7 on an incredible career with the @Hockeyroos spanning 235 international games & 111 goals since debuting in 2009.
Thank you for everything you've done both on & off the field to inspire Australians & proudly represent the green & gold💚💛 https://t.co/tlO5mlC3gj pic.twitter.com/RURON1o5wa

"I wanted to leave on a high and not keep dragging myself to training if I didn't have the motivation that's required and my energy being directed elsewhere.

"I have been with the Hockeyroos for 10 years, so it has been a huge part of my life.

"I'm so passionate about it and I still am, but I just can't give everything I need to it anymore.

"I have missed a lot of things from being away with the Hockeyroos but I no longer want to miss those times and that's when I knew that my priorities were shifting towards having more family time and another child."

Kenny scored Australia's last-gasp equaliser in the 2014 Commonwealth Games gold medal match which the Hockeyroos went on to win in a shoot-out.

Hockeyroos coach Paul Gaudoin said Kenny was a "supreme athlete" and someone who "lived and breathed green and gold".

"My experiences with her over the past four years began after she finished in Rio and gave birth to her son," added Gaudoin.

"She was keen to come back and she came out and played just under 12 months later and was one of our best players against Spain in January 2018.

"She walked straight back in and just had that fire in her eyes to want to be the best and to win and be competitive.

"That [leadership] is something that has been really important for our group."