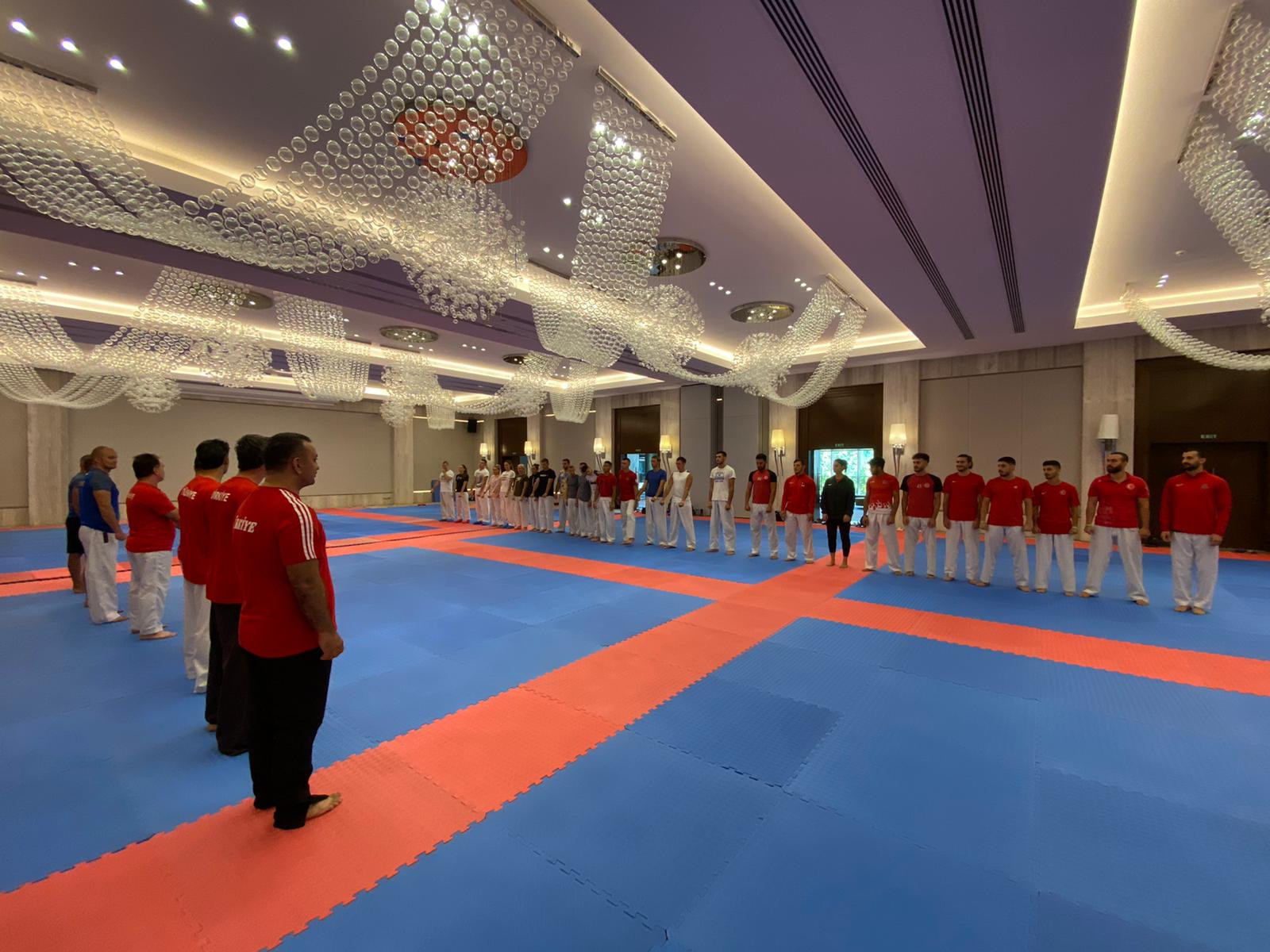 The national karate teams of Turkey and Ukraine returned to action with a joint training camp, held with coronavirus restrictions in place.

Both countries gathered in Turkish city Antalya for their first camp of the "new normal" period.

Thirty-five athletes were involved over 10 days, alongside five members of coaching staff.

Some of the athletes were preparing for next year's Tokyo 2020 Olympic Games, which have been pushed back a year due to the global health crisis.

Karate is due to make its debut on the sports programme in the Japanese capital, with both kumite and kata included as part of the schedule.

The Turkish Karate Federation has battled against the pandemic, and hosted a huge kata tournament in the city of Sakarya in September.

At least 1,800 athletes from 700 clubs were present at the Serdivan Sports Hall.

The competition focused on the non-contact kata discipline, with competitors in the children's, youth, cadet, junior and senior categories participating in the event.

Face masks were mandatory, while everyone present was expected to practice social distancing.

Spectators were also not allowed at the competition, which was called a "success" by the World Karate Federation.