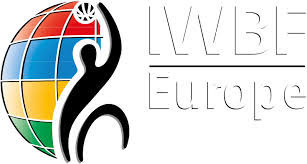 International Wheelchair Basketball Federation (IWBF) Europe has cancelled the preliminary rounds of its 2021 EuroCup and confirmed the tournament will be held over a single weekend next April.

The event has been scheduled for April 22 to 25 and IWBF Europe is discussing options with clubs for how it will take place, the chair of the organisation's Competition Commission David Kingstone said in a statement.

Kingstone added it could be a final-eight format or "a smaller arrangement for less teams where two courts are not available".

IWBF Europe conceded the plan depended on the interest of clubs in entering the EuroCup and hosts being willing to stage competitions as part of the event.

The continental governing body has given clubs until December 1 to withdraw from the 2021 EuroCup without penalty.

"Any decision to cancel a competition is not easy but at this stage we make it to protect the health of our athletes and international technical officials in unprecedented times," said Kingstone.

"We remain committed to providing a form of EuroCup 2021 if it is possible in April but recognise that there may also be difficulties should the situation of coronavirus still be with us."