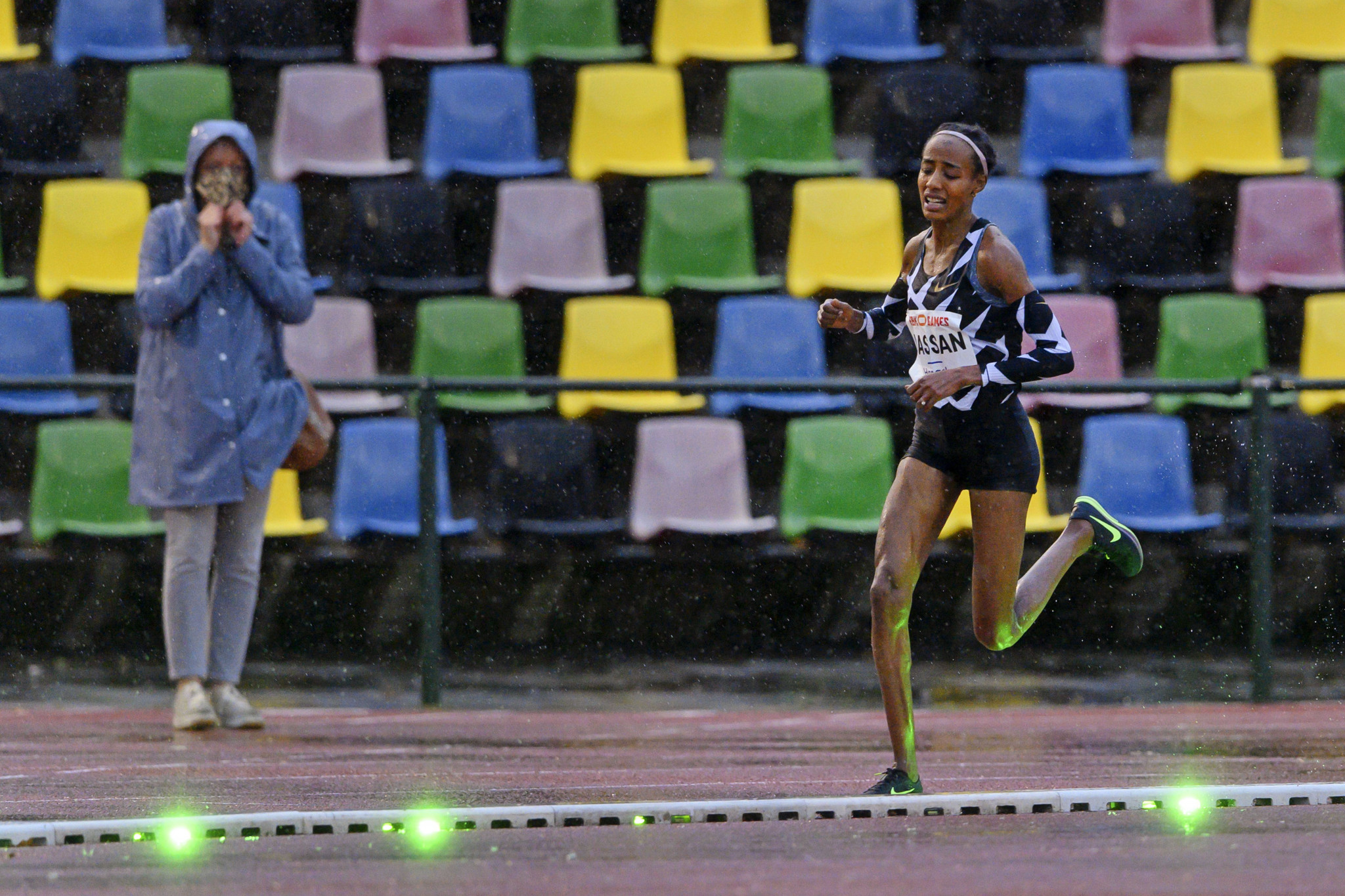 Racing in Hengelo in The Netherlands, Hassan covered the distance in 29min 36.67sec.

Hassan had been targeting a world record but had to settle for a European best in torrid, wet conditions, although her time was the fourth-fastest ever run.

Hassan, who last month set a new world record for distance covered in one hour, benefitted from Wavelight technology.

That technology sees a series of lights on the inside rail of the track indicate to the athlete the ideal pace they should be running.

"I am so happy to have run a new European record, especially a record that has stood for so long by such a strong athlete as Paula," Hassan said.

"It was a very difficult race today as it was so cold and wet.

"I was feeling really strong today and wished for a bit better conditions, but this record gives me a lot of confidence."

She was coached by Alberto Salazar from 2016 until he was banned for four years by the United States Anti-Doping Agency during last year's World Athletics Championships.