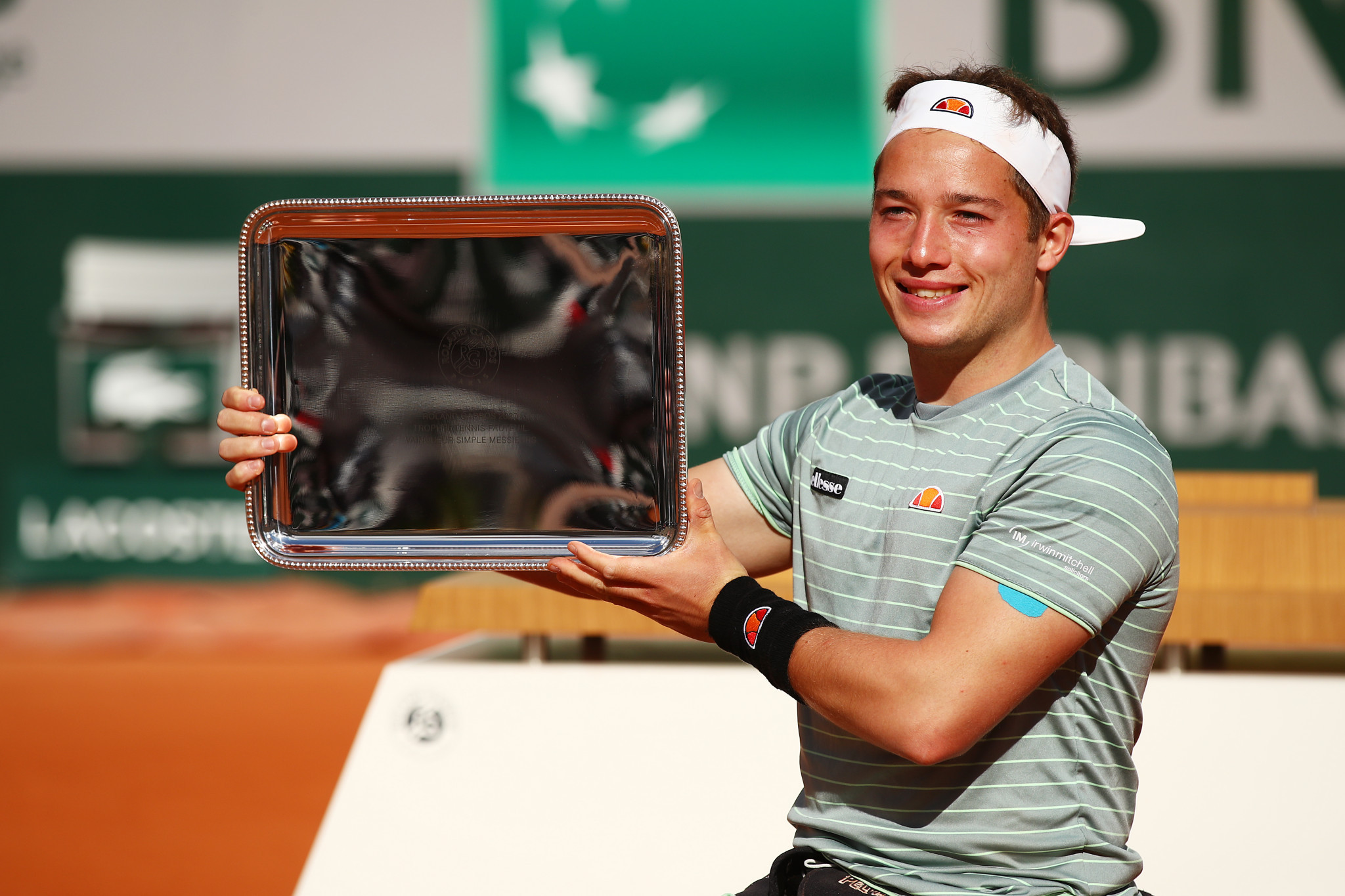 Hewett has now won the French Open men's singles twice, to go with two US Open titles, and has also won doubles titles at all four Grand Slams.

Amongst everything going on in the world right now, I want to thank thank the @FFTennis for hosting the wheelchair event here, taking extremely good precautions to keep everyone as safe as possible. This is what we live for 🇫🇷💙 pic.twitter.com/DNfkTULP8q

In the women's wheelchair doubles, Diede de Groot and Aniek van Koot of The Netherlands won a thrilling tiebreaker against their familiar rivals Yui Kamiji of Japan and Britain's Jordanne Whiley.

The Dutch pairing stopped Kamiji winning a second title at this year's tournament after her win the women's singles, with De Groot and Van Koot emerging 7-6, 3-6, 10-8 victors.