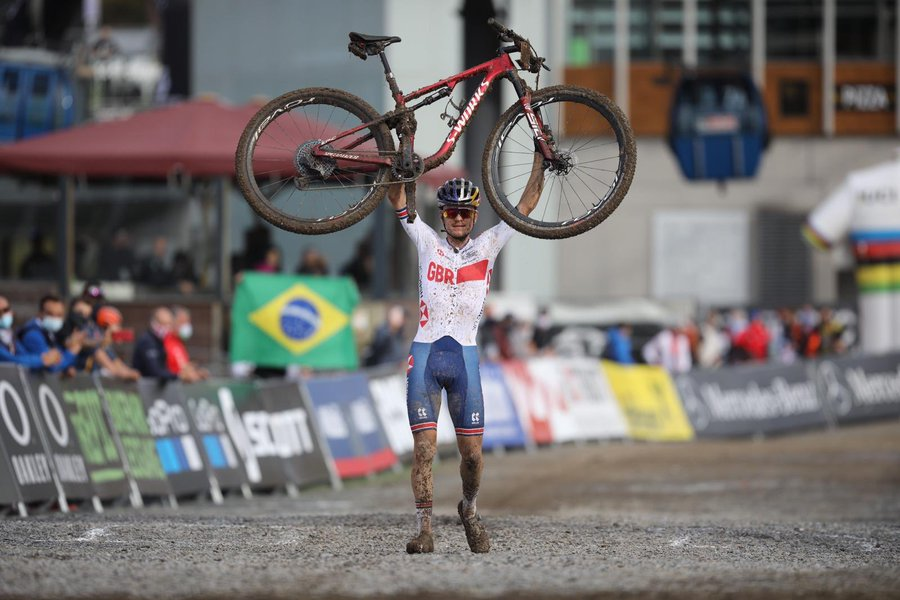 Pidcock was hoping to add to the e-mountain bike world title he earned two days ago, with the British rider tackling a course featuring a starting loop and four full laps in Austria.

He was joined at the front of the race by the United States’ Christopher Blevins on the first full lap.

Pidcock pulled clear of his rival and remained solo for the rest of the race, triumphing in a time of 1 hour 8min 15sec.

Victory means Pidcock has now won world titles in cyclo-cross, the road time trial and mountain biking at under-23 level.

Blevins finished as the runner-up by ending the event in 1:10:07, with Switzerland’s Joel Roth rounding off the podium spots in 1:11:20.

Qualification was held for the downhill competitions today at the UCI Mountain Bike World Championships.

Canada’s Finn Iles completed the top three at 4.783 behind Vergier.

Austria’s Valentina Höll topped women’s qualification at her home venue by completing the course in 4:35.651.

Tracey Hannah was closest to Höll’s time as the Australian cyclist finished 2.651 adrift.

Defending champion Myriam Nicole of France was 14.249 seconds in arrears, but was the third-quickest qualifier.