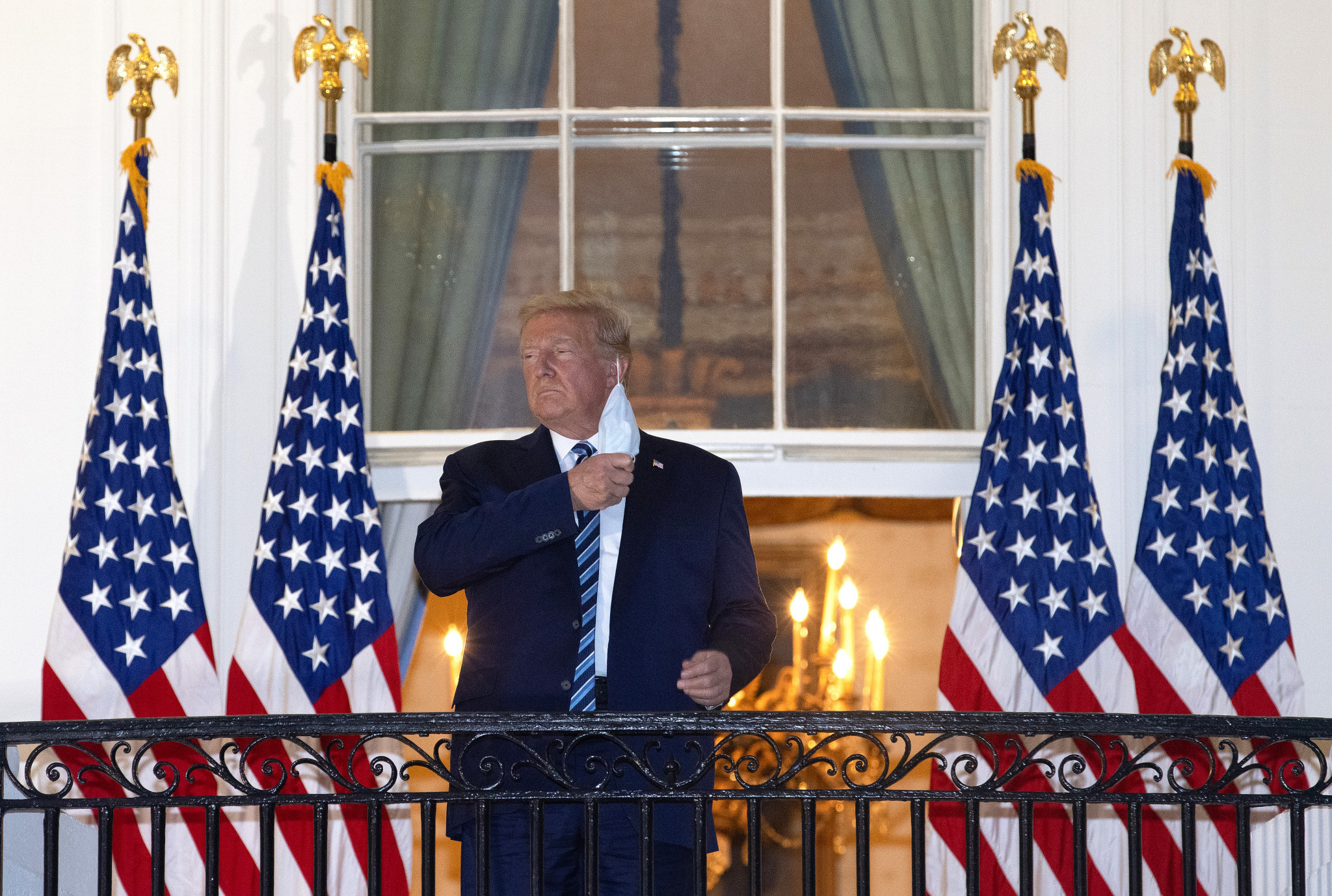 The 42-year-old American, a silver medallist in the 10,000 metres at the 2007 World Championships in Osaka, revealed that her grandfather is close to death after contracting coronavirus.

"Today my 95 (96 next week) year old grandpa was diagnosed with COVID," Goucher wrote on Twitter on September 24.

"We have not been able to see or touch him for seven months.

"He is a father to me, helping raise me and my sisters after our dad died and introduced me to running.

"His life is worthy.

Then, on Sunday (October 4), Goucher took to Twitter again to reveal that her grandfather was on his last lap.

"And just like that, the virus takes the lead," she wrote.

"He is struggling today, in pain.

"Our hopes and hearts are shattered.

Trump had been taken from the White House last Friday (October 2) to the Walter Reed Military Medical Center following diagnosis of his positive COVID-19 test.

On Monday (October 5) Trump controversially left the hospital briefly in an SUV to wave to supporters who had gathered outside.

He was released officially yesterday and immediately took to Twitter to tell the world that he was "Feeling really good!" and "Don’t be afraid of Covid (sic)…Don’t let it dominate your life".

Goucher was angered by Trump’s words.

"As my grandfather lies in a bed struggling to take his last breaths due to COVID, I'm not sure I've ever read anything more offensive or tone deaf in my life," Goucher wrote on Twitter.

As my grandfather lies in a bed struggling to take his last breaths due to Covid, I’m not sure I’ve ever read anything more offensive or tone deaf in my life. https://t.co/zY7QkP7edI

America is the country worst affected by the coronavirus pandemic.

Others to have criticised Trump include Joe Biden, his rival for the White House in the US election next month.

Biden, 77, claimed Trump was "responsible" for his COVID-19 infection and blasted the President's "macho" attitude of avoiding mask-wearing.

"Anybody who contracts the virus by essentially saying, masks don't matter, social distancing doesn't matter, I think is responsible for what happens to them," Biden said after Trump posed without a face covering.

Besides winning a silver medal in Osaka 13 years ago, Goucher represented the US at the 2008 and 2012 Olympic Games in Beijing and London, respectively.

She also finished third in the 2008 New York City and 2009 Boston Marathons.

Goucher used to be coached by Alberto Salazar and was one of the first athletes to level doping allegations against him.

Salazar was banned in 2019 for four years following an investigation led by the United States Anti-Doping Agency.