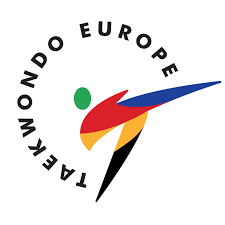 World Taekwondo Europe has awarded the European Qualification Tournament for the Tokyo 2020 Olympics to the Bulgarian capital Sofia after it was postponed due to the COVID-19 pandemic.

Scheduled to take place on January 30 and 31, the Bulgarian Taekwondo Federation has stated that it is aiming to run a successful event in the early stages of 2021.

"Based on the actual situation at that time, the COVID-19 protocol will be announced to the teams," read a statement from World Taekwondo Europe.

Previously, World Taekwondo President Chungwon Choue had said he was hopeful for the Asian and European Olympic taekwondo qualifiers to be held before the end of 2020, but World Taekwondo Europe had since expressed that it would not be possible.

The Asian event was moved from Wuxi in China to Jordan's capital Amman before its suspension.

The European event was postponed twice due to the coronavirus pandemic and is now on hiatus with no dates or venue confirmed.

Italian city Milan was initially due to play host between April 17 and 19 but, when that proved impossible, Russian capital Moscow was awarded the event.

At the end of August, World Taekwondo Europe announced that hosting the event in 2020 would not be possible prior to the decision to award the event to Sofia for 2021.

Due to the COVID-19 pandemic, the Tokyo 2020 Olympics were postponed by a year, with the Games now scheduled to take place from July 23 to August 8 2021.