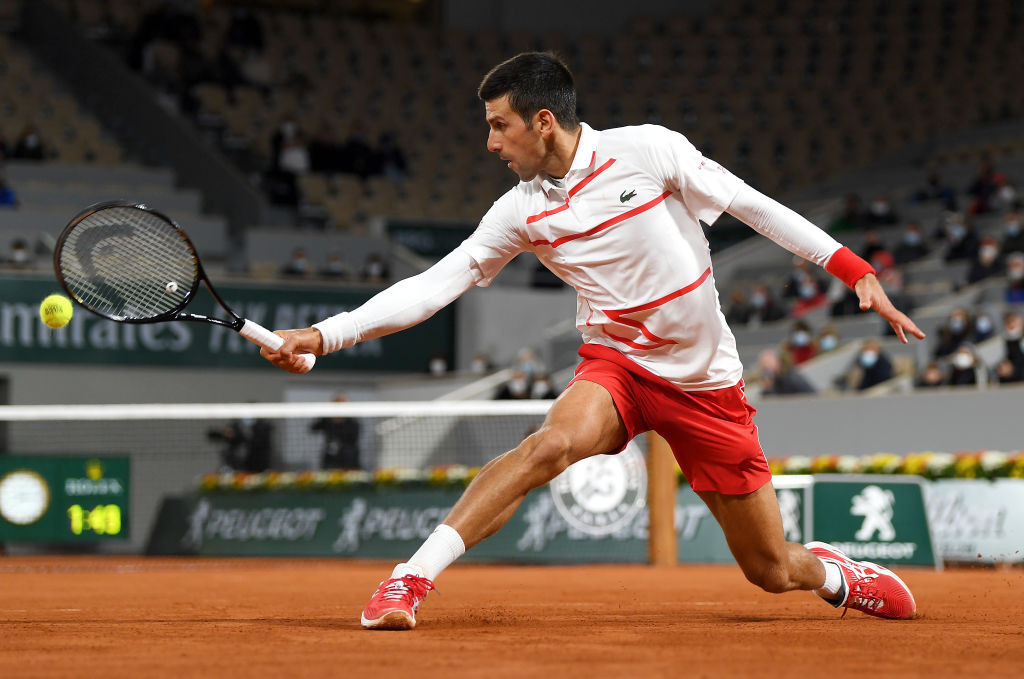 World number one Novak Djokovic has claimed line judges in the sport should be replaced by Hawk-Eye technology.

Djokovic, disqualified from last month's US Open after inadvertently striking a line judge with a ball he hit in frustration, said there was "no reason to keep line umpires".

The Serbian cited the Cincinnati Masters and the US Open in New York City, where line judges were not used on the main show courts as a health precaution.

They have returned at the French Open in Paris, the only one of the four Grand Slams which does not use the Hawk-Eye system to help judge line calls.

"With all my respect for the tradition and the culture we have in this sport, when it comes to people present on the court during a match, including line (judges), I really don't see a reason why every single tournament in this world, in this technological advanced era, would not have what we had during the Cincinnati/New York tournaments," Djokovic said.

"The technology is so advanced right now, there is absolutely no reason why you should keep line umpires on the court.

Canada's Denis Shapovalov and Greece's Stefanos Tsitsipas are among the players to have called for organisers of the event at Roland Garros to implement Hawk-Eye at the tournament.

Marks on the clay where the ball bounced are used to adjudicate line calls at the event, which are examined by chair umpires in disputed decisions.

Concerns have also been expressed over the reliability of electronic line calls on clay courts.

"Of course, I understand technology is expensive, so it's an economic issue and a question mark," Djokovic said.

"But I feel like we are all moving towards that, and sooner or later there is no reason to keep line umpires.

"Yes, ball kids, of course, ball person, yes, but line umpires, I don't see why anymore, to be honest.

"I would also probably then have less chances to do what I did in New York."

Djokovic's suggestion is likely to be dismissed by the French Tennis Federation, which told Reuters last week that it is "not in favour of replacing umpires with machines".

"The traces left by the ball on clay are supposed to allow the referees to validate or invalidate the linesmen's announcements on their own," the FFT added.

"With the video, the result can be different between the machine and the trace on the clay.

"There is very little intervention by the chair umpire on the court in general.

"Statistics from 800 matches played show that the track is checked every 1.5 sets on average, which is very little compared to the number of rallies played."