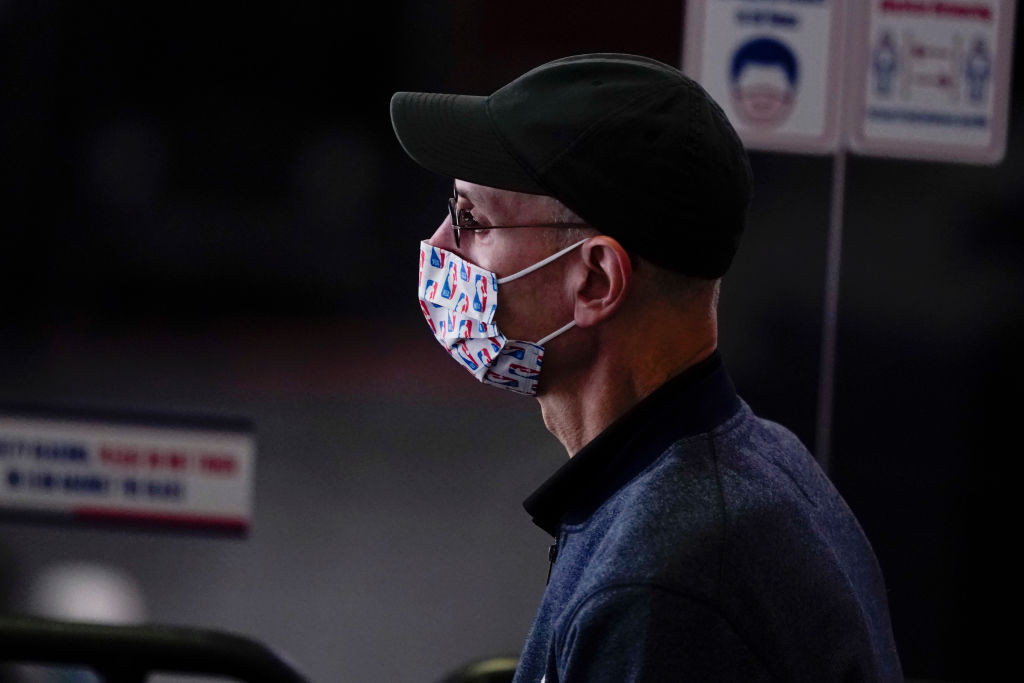 National Basketball League (NBA) Commissioner Adam Silver has warned players who are hoping to represent their country at the postponed Olympic Games that it is "unlikely" the league will accommodate Tokyo 2020 by pausing their delayed 2021 season.

The 2021 NBA campaign is expected to clash with the Tokyo 2020 Olympics, pushed back to next year because of the coronavirus campaign, as Silver has stated it will not begin before Christmas.

Silver has again suggested NBA stars who want to play at the Games may be left disappointed, while admitting a stoppage in the season would be considered.

"I think it’s unlikely at the end of the day that if we start late that we would stop for the Olympics," he said, according to Agence France-Presse.

"It’s not just a function of stopping just for the period that they would be competing over in Tokyo.

"They would require a training camp and they require rest afterwards."

Silver said "everybody’s just going to have to make certain accommodations" in the 2021 season following an extraordinary period sparked by the COVID-19 pandemic, but conceded NBA players not competing at Tokyo 2020 would be detrimental to the quality of several national sides in the Olympic tournament.

Basketball Australia is among the organisations to have expressed concern regarding the impact the NBA refusing to pause its season for the Olympics could have on its team.

American basketball head coach Gregg Popovich has also admitted his fears over the clash between the 2021 NBA Season and Tokyo 2020, scheduled to run from July 23 to August 8.

NBA players have been a staple of Olympic basketball tournaments since the eligibility rules were changed to allow them to participate at the Games prior to Barcelona 1992.

An American team full of NBA stars and led by the likes of Michael Jordan, nicknamed the "Dream Team", won the men's gold medal at the Olympics in the Spanish city following the rule change.