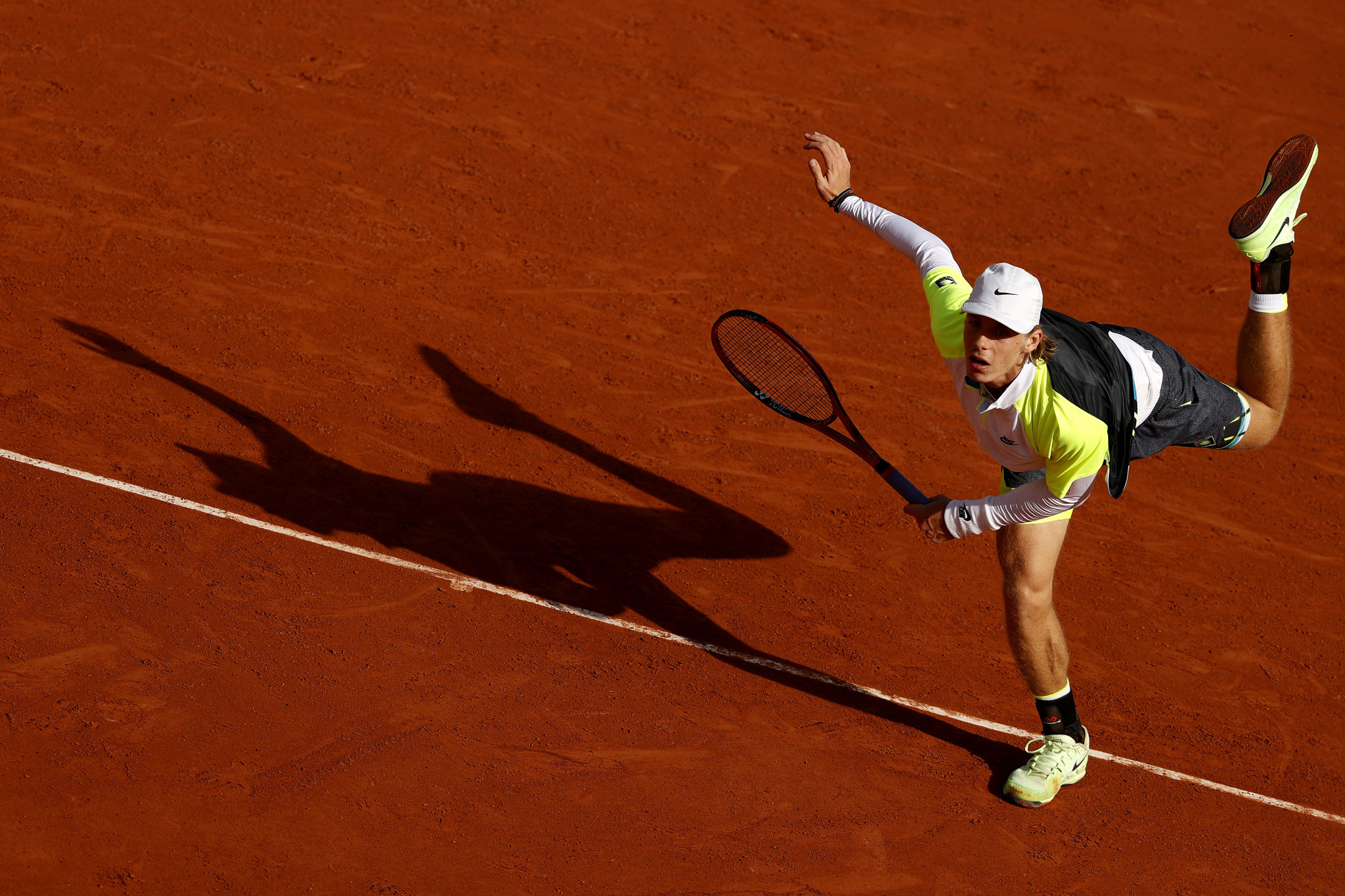 Canada’s Denis Shapovalov and Greece’s Stefanos Tsitsipas are among players calling for Hawk-Eye to be introduced at the French Open.

The French Open is the only one of the four Grand Slam tennis tournaments not to use the Hawk-Eye system to help judge line calls.

Marks on the clay where the ball bounced are used to adjudicate line calls at the French Open, with chair umpires examining marks on disputed decisions.

Concerns have also been expressed over the reliability of electronic line calls on clay courts.

Shapovalov has urged organisers to introduce Hawk-Eye at the tournament, following a controversial decision during his five-set loss in the second round.

The 21-year-old was leading 5-4 in the fifth set against Spain’s Roberto Carballes Baena.

A ball that appeared to bounce out was called in by the umpire, denying Shapovalov two match points with the score level at 30-30 in the game.

Shapovalov posted on Twitter following the match asking “When will we have Hawkeye on clay?”, including an image of the mistake.

When will we have Hawkeye on clay? @atptour @rolandgarros pic.twitter.com/neTqwglkbD

The call for Hawk-Eye has received support from Tsitsipas, the world number six.

"I think it's for sure time for Hawk-Eye on clay, I don't understand why they haven't proceeded,” Tsitsipas said, according to Eurosport.

“The current technology allows us, I do believe they should implement that into tennis.

"It doesn’t really matter on the surface, we have to keep growing and adding things to the sport to help make the sport better and more fair.

“I fully support that there should be Hawkeye in every surface on tennis, regardless of whether it's clay or grass.

“I know it does leave a mark, but sometimes it's not as accurate as people think it is.”

Norway’s Casper Ruud also backed Shapovalov’s call for the technology to be introduced.

Ruud had been subject to a controversial line call in the opening set of his 6-4, 6-3, 6-1 loss to US Open champion Dominic Thiem.

“I think definitely that we should start using Hawkeye for the clay-court tournaments as well because then we don’t need to have all these arguments with umpires,” Ruud said, according to Reuters.

“And I think, quite frankly, we players are right on these mark discussions.

“I can’t imagine how frustrating it must have been for Shapovalov yesterday and I hope that in the future we will start to use this type of technology for the clay-court tournaments as well.”