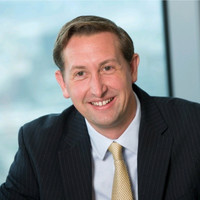 What a year 2020 is turning out to be. At the event level, COVID-19 has significantly impacted the ability to hold or host sporting events.

At the athlete level, 2020 has been a watershed moment in which Olympic and Paralympic athletes have yet again challenged the International Olympic Committee's (IOC) Rule 40 interpretation to allow for a greater level of commercial freedom.

Furthermore, 2020 is a stand-out year, not because of a health pandemic, but because it has been the year in which sport and politics have once again come together in a way not seen since 1968.

For decades since Tommie Smith and John Carlos raised a black-gloved fist at the Olympics, athletes have taken a quiet stance on causes and campaigns close to their heart.

Then came Colin Kaepernick and then came 2020. It has been the year in which the balance of power has shifted to the athlete.

Just look at the treatment provided by the rights holders to Lewis Hamilton when no disciplinary investigation was undertaken by the International Automobile Federation, and to Naomi Osaka who managed to pause an entire Women's Tennis Association tournament for a whole day while she went and joined a protest march.

Athletes in the new digital era carry a voice and a following which enables them to support their ideals and enact change, with new precedents being set almost every day.

While it is not unprecedented for a UK Government to undertake a U-turn in policy, it is unusual for it to be driven by a footballer.

When Manchester United's Marcus Rashford wrote an open letter to the Government for a change in the support of free school meals given to underprivileged children, little did he expect that the following day the Government would reverse its earlier decision.

It is evident that the balance of power now lies with the athlete, and accordingly the ability of sponsors to interact with fans – a mainstay of professional events over the last 20 years – is shifting.

Previously, sponsoring an event would give you exposure to spectators attending the event, but now, and because all athletes have stronger brands and more platforms than ever before to speak directly to their fans, sponsors are turning to the athlete for exposure.

This is done via talent endorsement deals and commercial brands are now seeking new and innovative ways to digitally engage with an increasingly international and younger audience.

With an athlete's ability to impress on the wider population a specific commercial brand or product, this can be an incredibly powerful tool. But if it is used in the wrong way it can be expensive, both financially and reputationally, for both the athlete and their commercial sponsors but also the rights holders.

Event organisers and brands do not want to send the wrong message and that's why Rule 40 as an IOC rule was designed to support and protect the IOC's ability to host the Olympic Games and support solidarity funding of athletes across the globe.

Rule 40 governs how athletes can use, and can allow their personal sponsors to use, their name and image during the Games period (10 days before, during and two days after the Olympics) in any advertising or commercial materials.

Advertising or commercial materials include all digital media (including social media) and other more traditional forms of advertising (whether paid-for or not) such as out of home, TV, radio and print.

Athletes have always been encouraged to generate income through personal sponsorships and this can be commercially appealing by appearing for their sponsors through well-planned advertising during the Olympic Games.

The British Olympic Association (BOA) acknowledges the evolution of the advertising landscape, but there is a need to be equitable to athletes selected close to the commencement of the Games period rather than a long way before.

By accepting some limited restrictions on these activities during the Games, athletes who enjoy personal sponsorship deals are helping to secure funding to support Team GB's wider participation in the Games, and beyond.

It also allows athletes from all sports and nations to enjoy opportunities to compete in the Olympic Games regardless of their profile or funding, in accordance with the IOC's solidarity principle.

The BOA achieves this through working in partnership with its members and key stakeholders (sponsors) to deliver world-leading services and support to enable British athletes to reach their full potential at the Olympic Games or other IOC-sanctioned events.

Most of the British athletes who were preparing for the Olympic Games in Tokyo, now postponed until 2021, challenged the BOA on the interpretation of Rule 40 and an agreement followed in due course.

The Rule 40 agreement now allows athletes to maximise their earning potential and benefit from their personal sponsors while assisting the BOA to raise funds to support all athletes at the Games.

It is similar to other Olympic federations (e.g. Germany) and provides every athlete an equal and fair chance to generate sponsorship revenue in the build-up to and during the Games.

It will help all athletes access more marketing and commercial opportunities, while protecting the vital funding of the BOA which continues to enable Team GB athletes to have the best support at Olympic Games.

The agreement ensured that there was a strong athlete voice and seat at the table, raising issues and concerns on matters across the Olympics and once again confirmed the shift in power towards the athletes.

With athletes getting more influential it has also opened up a new surge of social media influencers who have been gaining more of the advertising market share and it is important that the athletes fight back.

With the ever-increasing social media environment, brands want to capitalise on the popularity of viral content, which provides visibility to large numbers of consumers and often the press.

Traditionally, athletes have been seen to be the ones that brands want to associate themselves with, but companies can be fickle and it is important that athletes develop and sustain their own brand so that commercial brands and products want to enter into an endorsement deal.

As part of this, it is important that it is recognised that things can go wrong, and quickly. An ill-conceived tweet or post can almost instantaneously lead to a worldwide media crisis.

At a corporate level there is an increasing amount of style guides for social media posts, and the more control the brand tries to have through the sponsorship arrangement and the less discretion the athlete has, the more risk there is that the relationship is characterised as one of employment, leading to tax and other statutory consequences.

It is important to make sure that the small print in the sponsorship or endorsement agreement is clear and unambiguous. It is important to negotiate how the athlete might interact with others on social media, public appearances, their behaviour and how or when they make any statements, whether political, social justice or other.

With athletes covering up sponsorship logos or failing to turn-up to tournaments in order to send out a message they are potentially breaching their sponsorship or endorsement agreements.

It will be important to the sponsoring companies that they avoid the negative publicity of bringing any breach of contract proceedings against an athlete taking a stance on a subject that is politically or socially sensitive, which is why it is important to have their termination rights clearly set out in any contracts. Never have the legalities of these agreements been more important.

With a crowded event calendar in 2021 it is going to be fundamentally important that everyone knows what, when and how long an athlete can promote a certain brand or product.

It is vital therefore that the athlete knows his or her contractual obligations and meets those requirements without crossing over time-frames when playing or preparing for various events.

It is important to recognise that brands want to add value to a consumer's lifestyle – customers find value in brands that enable them to be happy and reflect their views and attitudes.

Brands that can provide an authentic message that resembles the athletes' desire to speak out on topical issues such as the environment, social responsibility, sustainability and equal rights issues are going to be much better placed to maximise their reach and resonate with the consumers they are targeting.

It therefore follows that rights holders and commercial sponsors will have to ensure that they respect the athletes' autonomy or risk polarising the audience.

Athletes are an extension of a brand's value and talent endorsement, as it always has been, will be crucial to grow sport in emerging markets and sponsors will be aware of this. But the considerations for brands partnering with talent will no doubt have changed.

Follower demographic will be important, but the character and views of the individual athlete will be even more so, particularly when the Olympics have been used as political springboards before.

All eyes and ears will be on the sporting stage in Tokyo in 2021.