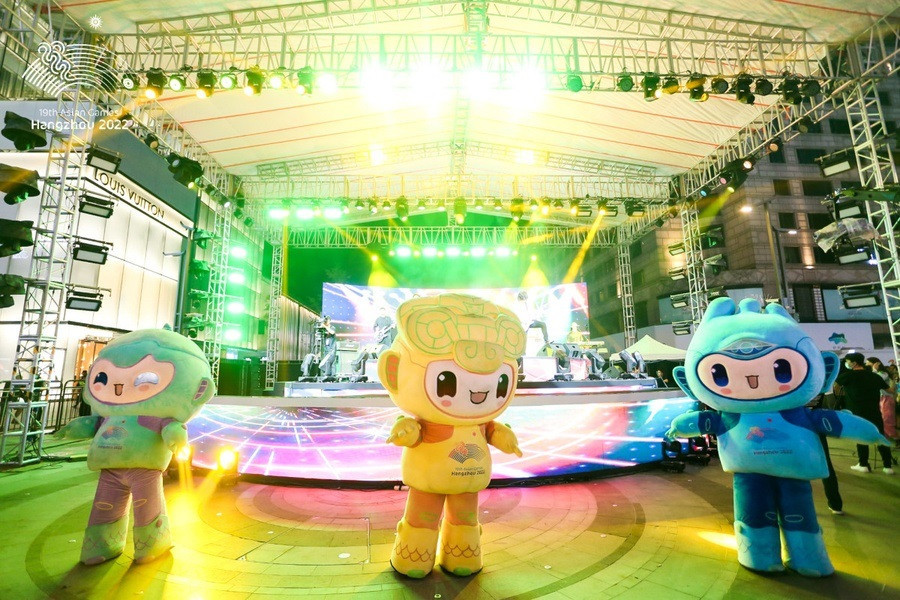 Olympic Council of Asia (OCA) President Sheikh Ahmad Al-Fahad Al-Sabah reckons a documentary series on the Asian Games will create a "valuable legacy" for the movement across the continent.

Plans for the new documentary were revealed to the public at a two-year countdown ceremony for the 2022 Asian Games in Hangzhou in China.

According to the OCA, the film entitled Hi, Asian Games will focus on the "evolution" of the Asian Games since its first edition in 1951 as well as the host cities, culture, history and development of the brand.

Sheikh Ahmad said it was an "exciting moment" to announce plans for the documentary which is being produced by the Hangzhou 2022 Organising Committee (HAGOC).

"The documentary will enable the people of Asia to gain an holistic, vivid and in-depth knowledge of the Asian Games as well as Hangzhou 2022 while helping advance the sports movement across our continent," he said.

"For a community of shared future, the documentary will surely help to strengthen the understanding, mutual learning and solidarity among Asian nations.

"The Olympic Council of Asia will provide all the necessary support for the documentary production.

"We are committed to working with HAGOC in this undertaking to increase the prestige and brand value of the Asian Games, leaving behind a tremendous valuable legacy in its history."

With the support of the OCA and the Chinese Olympic Committee, HAGOC is looking to produce four or five documentaries lasting between 40 and 50 minutes which are set to be released in the spring of 2022.

They are also expected to be preceded by a series of short, musical micro-documentaries planned for next year.

The OCA's 45 National Olympic Committees who compete in the Asian Games are being asked to contribute to the content of the documentaries to "expand the human interest aspects of the local people and athletes".